As you may have heard if you follow anything about guns or shooting, Beretta recently stuck its head into the single-stack sub-compact polymer pistol market with their highly touted, highly searched for Beretta Nano.

Thanks to the concealed-carry explosion, entries into this genre of gun seem to be getting thick and competitive these days and when it comes to high-end guns of the pocket pistol variety (especially for those looking for a deal), you won’t go too far without hitting a Kahr. 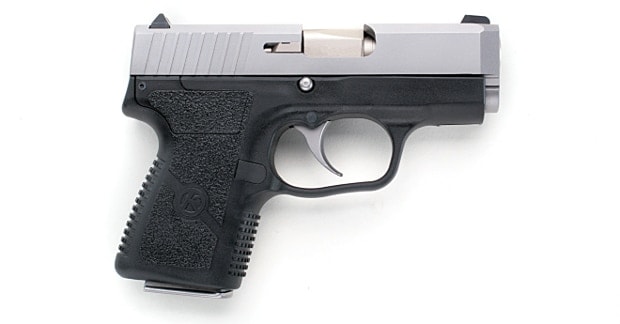 Kahr occupies a sector of the market that they share with fancy European companies like SIG Sauer and Carl Walther GmbH Sportwaffen.  But lately they’ve been slumming it, if you will, with their CM guns.  Here’s a excerpt from piece we did on where the money came off the PM9 to create the CM9, that gives you a good idea how Kahr is making these guns work on a budget:

“It’s a handful of little differences, really. The CM9 slide is simpler, with less machining necessary to turn out its less complex design.  The slide is also engraved, as opposed to Kahr’s other guns which are roll-marked.  The slide stop/takedown lever is metal-injection-molded, not machined.  Machined parts have a higher ceiling for wear, but also just look nicer.  The sights are made of polymer, not metal.  And quite possibly the biggest difference is the barrel.  Instead of the PM9’s match-grade polygonal rifled barrel, the CM9 uses a looser, traditionally-rifled barrel.”

This is their entry-level 9mm, and it’s doing well, but, sensing a gap in the market (or just due to public demand) they’ve decided to produce one in .40 S&W.  The MSRP is $517, which is even less than the CM9 at $565.  So we definitely expect these little guns to sell around $400 or less. 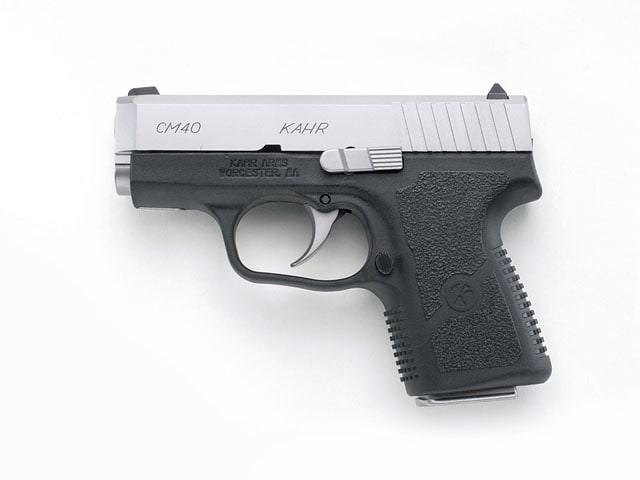 It’s also got “real” drift adjustable rear sights and a pinned-in polymer front sight which makes use of a low light white bar-dot configuration. Also, the slide locks back after firing the last round which is something a number of other value priced compact semi-auto pistols forgo.

It’s safe to say that this little thing’s gonna be popular and Kahr’s claiming we’ll be seeing them on store selves early 2012.