All I want for Christmas is my two front teeth – and a new Benelli M4.  Apparently, I’m not the only one.

USA Today reported that among the best sellers on Black Friday, flat-screens, smartphones, computers and cut-rate designer clothing, were firearms.

According to FBI records, background check requests for prospective buyers last Friday were at a single-day, all-time high. 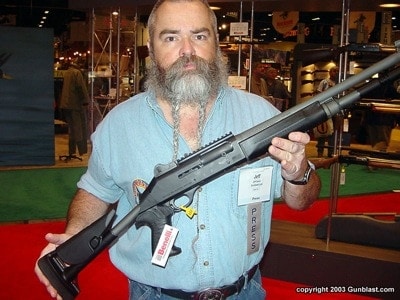 There have been several theories to explain the upsurge in gun sales this year.  Some industry analysts believe that it’s the second wave of the Obama gun boom.

Some contend that more and more people are seeking to exercise their 2nd Amendment rights.  Consider, for example, all those Wisconsinites who just got their concealed carry rights.

And others suggest women are increasingly becoming interested in sport shooting and hunting as a way to explain the record-breaking numbers.

Larry Keane, a spokesman for the National Shooting Sports Foundation, told USA Today that 25% of the purchases typically involve first-time buyers, many of them women.

“I think there also is a burgeoning awakening of the American public that they do have a constitutional right to own guns,” Keane said.

Not everyone was pleased or impressed with all those background check requests.

“I think there may be no real significance at all,” Henigan said. “It’s possible that gun companies are just catching on to creating a Black Friday frenzy for themselves.”