When it Comes to Reloading Not All Brass is Created Equal

If you were to ask several reloaders what they consider to be the most crucial part of the cartridge to ballistic performance, you’re sure to get a few different answers. Some may say the bullet, some may favor the powder and both of these answers may be equally true, but often one of the most overlooked parts of the cartridge is the brass shell.

One of the reasons why there is so much confusion over the brass shell is that other than the ubiquitous advice to look for obvious damage such as cracks or bulges, little is mentioned even in reloading manuals, about how to determine quality brass. Not all of the brass you encounter at the range, gun shop or elsewhere is likely to be equal.  Thankfully, there are a handful of little things you can look for: 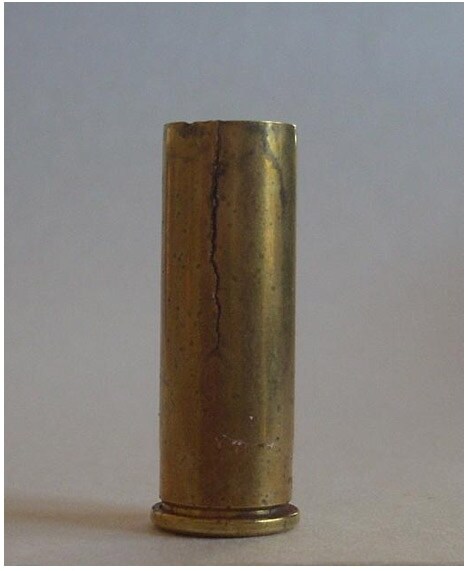 The first phase of your brass vetting process (and the one mentioned previously) is to check for any visible damage like cracks, bulges and any lines that appear to be forming along the case, as these could be the start of a case separation (a truly nasty thing when missed prior to the reloading process and one you really don’t want to encounter loaded in your firearm). After that you need to sort your brass by what you intend to use it for. In my heavy .357 Magnum loads, I avoid using any brass that has been used with cannelures, small ridged areas on the bullets that helps to keep them seated properly in the casing used to prevent bullet setback, as these can also lead to separation in some cases. When I load my hot .38 Special or .38-44 loads I use nothing but cases marked for +P. While the brass might not be any stronger than standard .38 shells, it tells me that they are fairly new compared to some of the older stuff I am likely to encounter.

When I sort my brass I try to separate each and every caliber by manufacturer. I keep Federal with Federal, Winchester with Winchester and so on and so forth. While this might seem like it’s being a little too picky, over the years I have weighed brass and found nearly ten grains of difference between one company and another.

Does it matter?  I don’t really know. I can’t tell you if the lighter brass makes a difference in accuracy, but I did find that some manufacturers hold up better than others, and in anything dependent on precision performance, consistency must be maintained at all cost.

One company that I now refuse to use is the old 3-D brass. I was given well over one thousand .38 Special cases, all new and never loaded. Many of them failed after there first loading with only a mild load of powder, little more than a starting load. The average was nearly one in ten of those cases failing and cracking after only one go around. 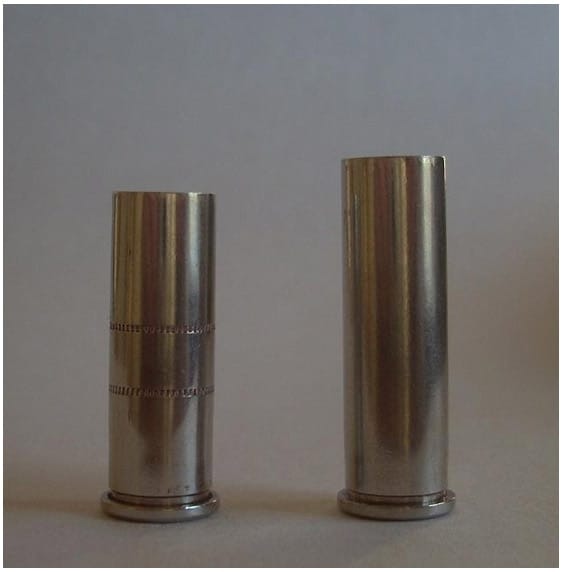 I have found out that it is best to stay away from any cases more than fifty years old. I know, I know, this goes without saying, but I often run across brass cases so old that it could be from the last century for commercial sale as reloads. I once bought a large lot of .32-20 brass thinking I had hit the mother load but it turned out that a large portion were older than the proverbial dirt.

The key to spotting old brass is getting good at reading the headstamps on the casings, which, if you reload often, should start to come naturally.  A working knowledge of how to date casings not just by their look but by their markings will not only let you avoid the hassles of finding some old and possibly brittle brass, but also go a long way to impressing your friends with your command of the brass casing subtleties.

A good way to start to your education here without investing in an expensive cartridge encyclopedia (though this something you’re going to eventually want to get) is to start keeping a log of headstamps you find with detailed accounts of markings. Then look up these markings on the internet to get an idea of what year they manufactured this brass. 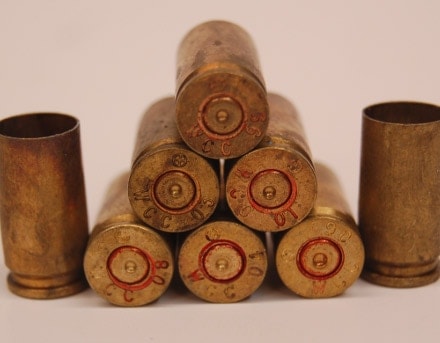 In an effort to avoid problems with inferior brass casings, some shooters will stick to one brand of brass and one brand only for either all their reloading or for handloading certain calibers, believing this brand to edge out the rest. Though I’m sure there are differences, eschewing one for the other just seems a little superstitious to me.

From my experience, I can tell you that amongst the newer brass, I have found no real difference in strength and case life between Remington, Winchester, and Starline. I have loaded some from each company several times, in the same caliber, with the same loads and they all do quite well. I have found though that in some of the different manufacturers cases, the primers do not seat exactly the same.

I recently loaded some .38 Specials and found that the primers seated a little deeper in Federal cases then those from Winchester of a more recent manufacture. This is important if you don’t separate the cases prior to loading them as this can affect performance and reliability from the reloading bench to the field.

So when you start reloading, don’t just lump all your brass together thinking that it is all the same. Not all of the brass is created equal and some may be much better than others.