So what are the differences?

The differences really do start with the basics and you don’t get much more basic than the equipment. IDPA is developed for use with concealed carry gear. In fact on many stages shooters are required to start with their handgun concealed. There are strict requirements regarding holster and magazine pouch placement and restrictions on the alterations that can be made on firearms. IDPA has defined itself as a competition of skills rather than equipment, and thus it is a great intro point for new practical shooters.

USPSA has different divisions that range from the Production division with equipment rules similar to those found in IDPA all the way to the Open division where race guns are equipped with optics and compensators. But they get real different real quick when it comes to holsters and placement. In Open and Limited divisions there are few restrictions on where holsters and magazines can be placed and what holsters and magazine pouches may be used. As you may have imagined, the variety of equipment available for USPSA can be staggering because of these looser restrictions.  This is both a common complaint and complement from those just entering the sport: with a surplus of options, it takes a while for a shooter to find what really works for them. 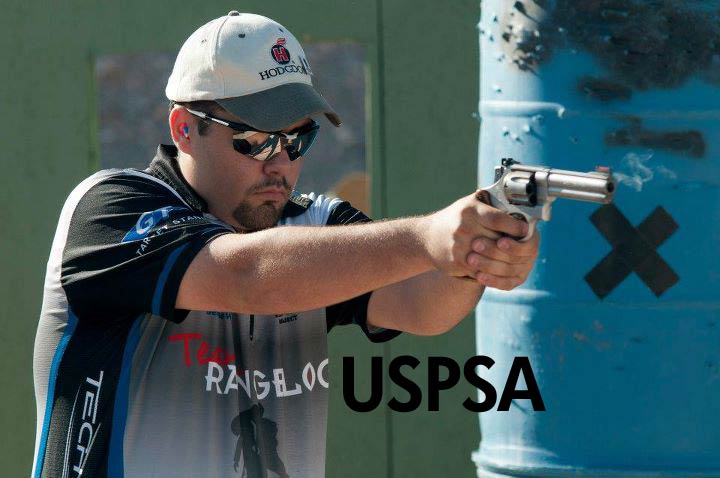 IDPA and USPSA have very different rule sets. It would be not only boring but also utterly futile to go into the details of every little difference between the rule books but, luckily, there are a couple differences that are just very telling about the two sports:

IDPA has a set of rules regarding “cover” that state that shooters must have their lower body and 50% of their upper body behind cover, such as a door or barricade, while engaging threat targets or reloading. USPSA has no such rule, shooters movement is regulated through fault lines or shooting boxes instead.

USPSA allows reloads to be engaged at any time and allows magazines with ammunition in them to be dropped on the ground. In IDPA, if reloads are performed when out from behind cover or if a magazine is dropped onto the ground from a gun with rounds still in it (whether the rounds are in the magazine or there is only one left in the chamber) a procedural penalty is incurred. 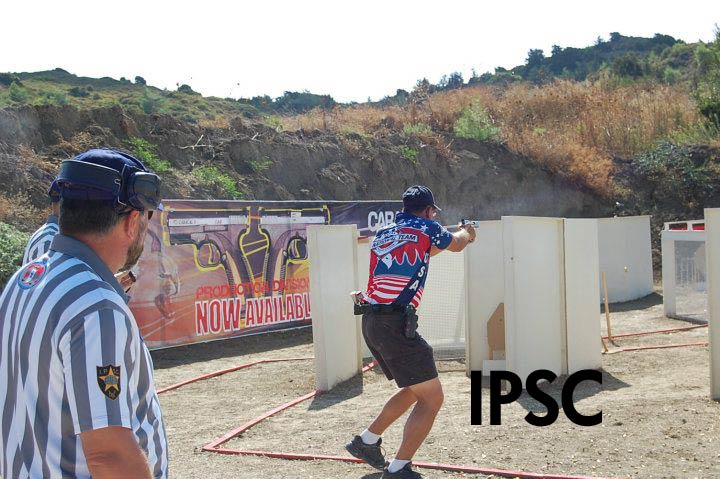 The Course of Fire

Course of Fire design is an important part of any practical pistol sport and any successful match. In order to be successful, designers must be intimately familiar with the detailed rules each association has established for their course of fire rules. It is also important for shooters to understand how courses of fire work in each respective sports, as it has an important effect on how the course is run and the shooter’s mindset.

An IDPA course of fire has a drastically different set up from a USPSA course of fire, not necessarily in look but in approach. IDPA has established shooting locations and shooters are directed to move from location to location engaging specific targets from each location. Shooter movement is controlled mostly through course of fire design and IDPA cover rules.

In USPSA the course of fire is much more open to shooters’ interpretation. Rather than having specific locations to shoot from, shooters are given fault lines or shooting boxes from which targets can be engaged. Shooters movement is much more dependent on fault lines, physical barriers and target placement. 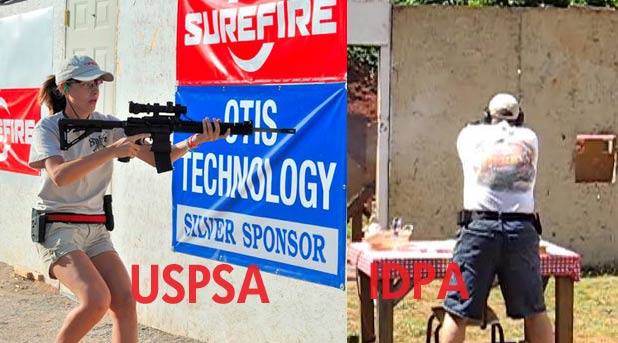 The primary difference between the two shooting sports is the mindset that must be taken when preparing to shoot them. For new shooters the focus for any practical pistol match should always be on safety first and foremost, but for more veteran competitors, there is a mental shift between IDPA and USPSA. The structure in IDPA requires more though to be put into the rules, watching to stay behind cover and being sure of where reloads are initiated in order to avoid procedural penalties.

USPSA is much more “run and gun”.  However, more must be put into how the course of fire is run and when, rather than where, reloads are initiated. Seconds are gained and lost through shooting order.

Practical pistol is a great way to improve shooting skills and learn to shoot under stress. Both IDPA and USPSA are fun to shoot; both sports are difficult to excel at. Everybody should try one match from each association at least once.