Recently we remembered the anniversary of President John F. Kennedy’s tragic assassination on November 22, 1963 at the hands of the Lee Harvey Oswald (and a bunch of other players too, depending on how far into the conspiracy pool you want to wade).

Yet on that date another life was lost, one that is hardly ever mentioned, that of Dallas Patrolman J.D. Tippit. 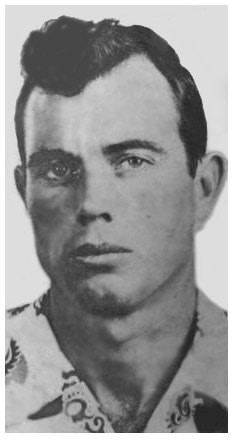 J.D. Tippit was born in 1924 to a family of farmers in Clarksville, Texas and later served in the U.S. Army during World War II, earning a bronze star. After the war Tippit married and had three children. He tried his hand at several jobs including raising cattle before he was hired by the Dallas Police Department on July 28, 1952. Tippit proved to be a very capable police officer, he was even cited for bravery in 1956 for helping to disarm a fugitive.

On that fateful day in Dallas, Tippit was working his regular beat in a residential part of the city—decidedly removed from the motorcade and the proceedings happening blocks away on Elm Street. This all changed however when shots were fired.

Fifteen minutes after President Kennedy had been shot, Tippit was ordered to move towards the center of the city in effort to canvas for the suspected shooter and assist in crowd control. Descriptions of the assassin had made it to the airwaves and less than twenty minutes later, as Tippit patrolled near the intersection of East 10th Street and Patton Avenue, he pulled up alongside a young white man matching the description of the assassin. Tippit was tailing Oswald.

Oswald walked over to Tippit’s patrol car and they exchanged words. It is unclear whether Tippit was suspicious of the young man or he left the car for other reasons, but after the brief exchange the officer turned off his car and got out.  As he walked around the front of the vehicle, Oswald suddenly turned and fired four shots from a Smith & Wesson Victory revolver that had its barrel shortened to 2-inches.

Three shots struck Tippit in the chest. As the patrolman lay on the ground Oswald walked over to him and shot him once in the chest, killing him. 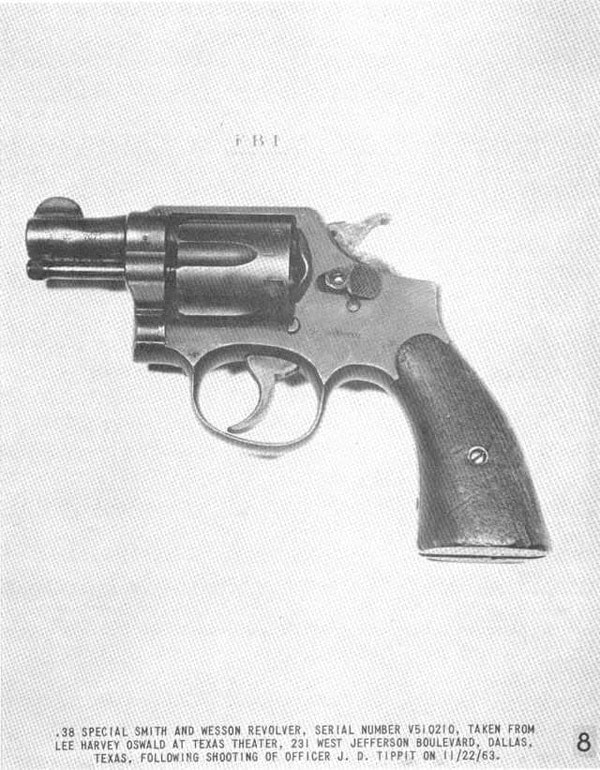 After Tippit was shot Oswald emptied his spent shells on his walk to the Texas Theater where he ducked through a pay stall. The owner called the police and when the house lights were brought up Oswald was seated in the back. After he struggled with Dallas officers he was taken into custody, all the while screaming police brutality.

Lee Harvey Oswald was arraigned and charged with the murders of both President Kennedy and J.D. Tippit but he was to never see trial. Two days later, as officers escorted Oswald through the basement of the Dallas Police Department on his way to county jail, Jack Ruby stepped forward with a Colt .38 Special Cobra revolver and fired a single shot into Oswald’s gut. The single 158 grain lead roundnose took out the assassin’s diaphragm, spleen, a couple of artery’s and a kidney. Oswald never regained consciousness. Dallas Patrolman J.D. Tippit was laid to rest on November 25, 1963 in Laurel Land Memorial Park. The plight of his wife and three children drew national attention and nearly $650,000 in donations poured in including $25,000 from Abraham Zapruder after he sold the film of President Kennedy’s assassination.

J.D. Tippit was later awarded the American Police Hall of Fame’s Medal of Valor, the Police Medal of Honor, the Police Cross, and the Citizens Traffic Commission Award for Heroism.

On that tragic day in Dallas the nation lost not only a President, but also a dedicated police officer and family man. A police officer who is rarely remembered, but should never be forgotten.