If you’ve ever dipped your toe into the “Best Zombie Gun” debate, then you know just how heated the argument can get.  Caliber, platform, reliability, parts availability, it just goes on and on.

So much time, thought and at times effort goes into parsing through the pros and cons of each possible zombie gun that it sometimes feel like we’re only really rating their effectiveness on their aesthetic appeal (which is of course a personal preference).  It’s as if we can’t help tipping our hat to the gun with the extended, sharpened muzzle device that reads “INSTRUCTIONS: FACE STAB.” 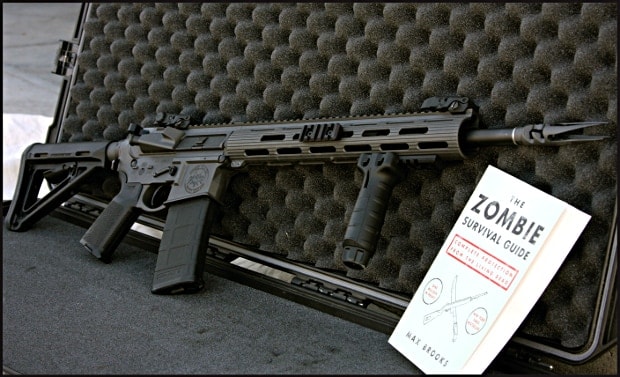 The STS Limited Edition Zombie Gun looks like it was born out of one of these debates: STS uppers and lowers, Magpul and Tango Down furniture, a tough Cerakote finish, a match-grade, free-floated 16-inch barrel, and KNS pins. Specialized Tactical Systems (STS) really looks like they poured over every possible part of their STS Limited Edition Zombie Gun.  Even the safety selector are tweaked (they’re labelled “SAFE, NINJA, and JEDI”).  Also cut into the gun are ten zombie survival rules. Which is all very boss.

But it wouldn’t be enough if it was just pretty (which yeah, it is) it also has to be a highly functional rifle.  We think, considering the list of parts above, it seems up to the task.

As for reliability concerns, this AR isn’t a direct-impingement rifle, either.  STS went out and contracted a pile of Primary Weapon Systems gas piston systems to install into their uppers. 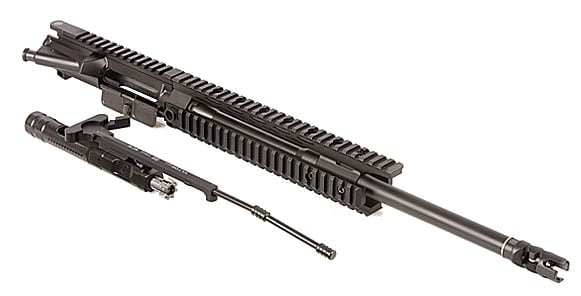 The whole thing runs $2500, but it does come with a carrying case and a copy of Max Brooks’ eponymous “Zombie Survival Guide” (though a cleaning kit would have been nice).  You can ask for a specific serial number if you’d like, though.  From ZOMBIE  SLYR001 and up.

Still, when it comes to custom jobs like this, we wouldn’t be surprised if the rifle only saw severe use during an actual zompoc; it might never get dirty.  Shameful, because these rifles are begging for it. 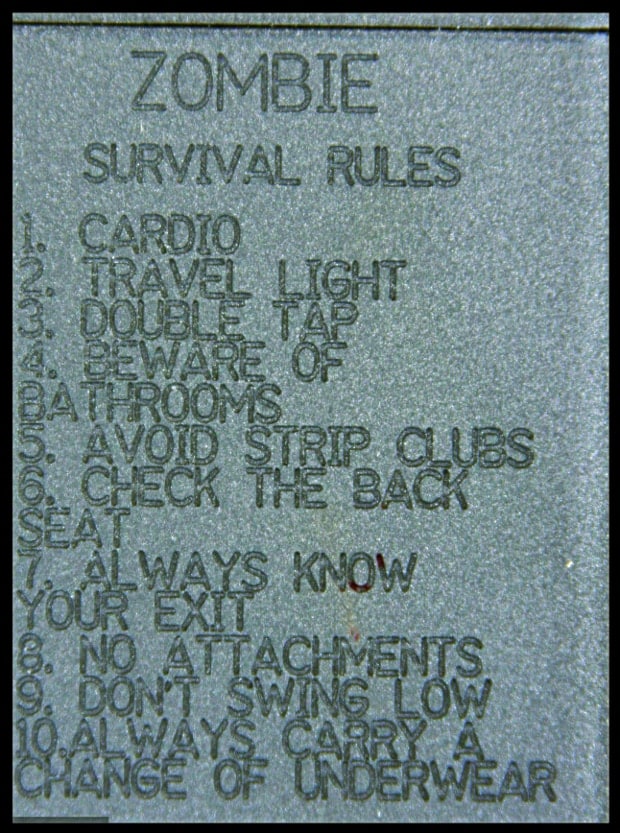