A Eulogy for Canada’s Gun Registry

The life story of the Canadian Firearms Registry ended recently with it’s unceremonious scrapping by Canada’s Parliament.  The story of the registry spans three decades and now, as with all things destined to leave this earth, in the wake of its death it’s time to reflect on its significance. As a Canadian gun owner with more than a couple of years to my credit, I have had a front-row seat for all of it. In fact, one could say I knew our gun registry personally and in that capacity feel qualified to deliver its eulogy.

When told properly, the gun registry’s narrative is one of political vendetta.  Born out of one of Canada’s most legendary political quarrels in recent memory (which eventually got very personal between two prominent Canadian politicians who we’ll be mentioning soon), the Canadian Gun Registry officially began in 1995 (not counting the brief registry instituted during WWII) with the Federal implementation of the Registry.  It also began with the unconditional and intensely delivered rejection of the Gun Registry by the Province of Manitoba. 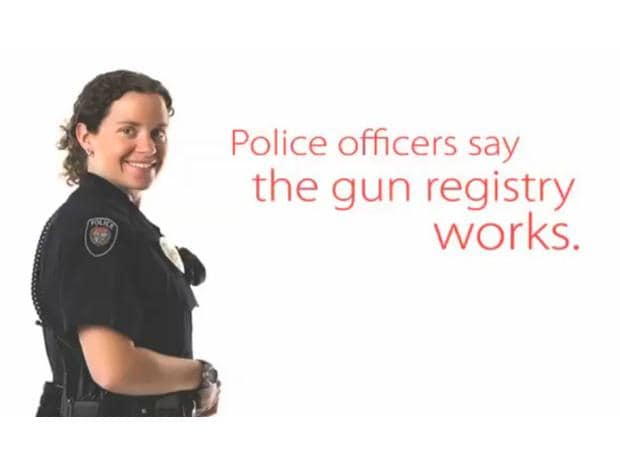 Justice Minister Allan Rock (kind of like the US Attorney General) gets credit for persuading Parliament to back the measure, stating the Registry would cost $2 million a year to taxpayers.  In fact the registry would end up costing the people of Canada $66.4 million in its final year and top $2 billion by 2004. Some of the most damning studies have shown that it took $10 million to save one life through the registry and only $5 million to save a life through improvements to infrastructure.

At great political risk, Vic Toews, then Attorney General of the Province, openly defied the Federal decree and simply refused to enact the Gun Registry in Manitoba, at one point literally telling the powers that be, “No, we just won’t do it.” Provincial Attorney General Toews was summoned to Ottawa for a dressing down but he wouldn’t go. He forced the Feds to come to him and then formally refused to enact the law (would he have believed then that he would now get to take home the game ball 16 years later is anyone’s guess). 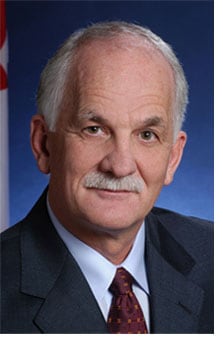 Fast forward to 2011 and to the very top of Canada’s national political stage: the Honourable Vic Toews (right), now the Conservative Federal Cabinet Minister for Health and Safety, became the champion of the Private Member’s Bill (in a parliamentary system this is equates to “would be” legislation) that would lead to the Registry’s demise.  As a stipulation of the bill, an order will be issued to the commissioner of firearms to destroy “as soon as feasible” all of the records and computer data related to the long gun registry amassed since 1995.

Interim Liberal leader Bob Rae voiced outrage at the destruction of these records saying, “The data collected over the last 16 years must be preserved, so that provinces can salvage this important policing tool.”

In response Cabinet Minister Toews said practically the exact same thing he did in 1995: “We’ve made it very clear we will not participate in the recreation of the long-gun registry and that the records created under that long gun registry will be destroyed.“

This second manoeuvre by the Conservatives is deviously clever because it practically prevents any future government from reinstituting a mothballed Long Gun Registry database forever.

And so, born out of turmoil, it would seem the Canadian Firearms Registry has died in a manner that any of us would be lucky to:  quiet and peaceful. Yet, I want consider for a moment that just perhaps the rumours of our registry’s death have been greatly exaggerated.

In a prophetic statement, Toews spoke in the same interview quoted above about pushing the burden of funding any registry to the Provinces:

“If the Provinces want to recreate the database they will do it without Federal aid.” 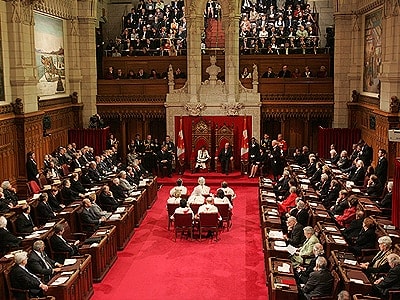 And though it seems the Canadian public will not stand for another Registry, the Province of Quebec has voiced its intent to start their own (which is kind of unsurprising if you grew up in Canada).

This issue is emotionally charged and our Quebecois countrymen are known to sometimes lead with their hearts. Montreal’s 1989 École Polytechnique shooting massacre predates Columbine by a decade so aversion is part of the Quebec psyche towards guns.

The Province of Quebec finished paying off its debt for the 1976 Montreal Olympics in the mid 1990s, so their long range fiscal acuity is occasionally mixed with Gallic passion.  You never know, a gun registry just might fly in Quebec.

The Conservative Government says it is maintaining strict control on purchases of guns and ammo governed by safety courses, police checks and licensing. In all honesty the Provincial Governments always did just that (only cost effectively) though it is a very big step for government to gracefully exit the backyard of Canadian gun owners (and very shrewd politics).

So there is nothing left to do but say goodbye and commit the Canadian Firearms Registry to its final resting place—the furnace.  At the very least, its memory can be used to educate others as a symbol of the colossal failure’s of  gun control.  I can’t say I’ll shed any tears, though.