Yep, that’s right. Now SIG is joining the legion of gun manufacturers that are tooling their equipment to turn out rifles chambered in 300 AAC Blackout. They’re starting with the SIG 516, their piston-driven AR-platform carbine.  And really, we couldn’t be happier.

Aside from the adjustable three-position gas piston that’s on the SIG516, the rifle only moderately deviates from the modern sporterized M4-style pattern. The SIG516 comes with a Magpul MOE handguard and buttstock, and an in-house quad rail forearm. The trigger’s your standard mil-spec fare, and the barrel a standard-profile chrome-lined 16-incher (sans M4 cutout).

With the extra-fancy furniture and piston, the SIG516 weighs in at 7.3 pounds (and hey, we didn’t expect one chambered in 300 BLK to weigh any different).  In fact, here’s a list of other SIG516s that we hope get the 300 BLK treatment: the Patrol Basic, the Sports Configuration, and the Precision Marksman.

Of course, re-chambering a rifle from 5.56 NATO to 300 BLK is a breeze; the only part that needs to be swapped is the barrel.  Everything else, the bolt, bolt face, extractor, magazines—everything is compatible.  It doesn’t hurt that 300 BLK uses 5.56 cases shortened and necked to fit the .30 caliber bullet. 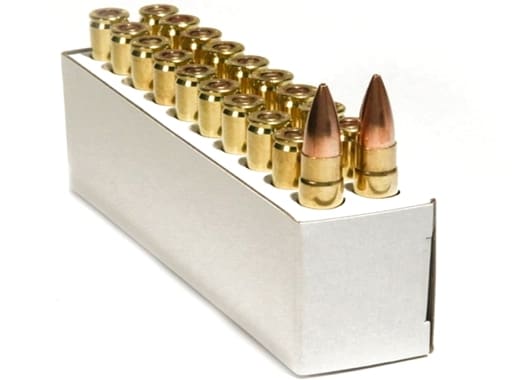 The purpose of the 300 AAC Blackout is dual. First, to introduce a cost-effective (for both firearm and ammunition manufacturers) cartridge that duplicates or improves on 7.62x39mm ballistics, which it does just fine. Why not just shoot 7.62 Russian?  Well, the cost to firearms manufacturers, for one.

But then there’s 300 BLK’s other purpose: it’s designed with subsonic loads in mind, too. You can load a different kind of ammo and go from silenced CQB mode to having a rifle that hits hard out past 400 yards, without having to change any parts whatsoever.

While that’s not super-important for most people, it sure sounds like fun to us, and the more companies that service agencies making 300 BLK hardware, the better; the ammo’s not super-expensive, but it could cost less…

These are going to be coming to us sometime in 2012, so we welcome SIG’s new 516 with open arms and wet cans.