Charles Daly has Risen from the Grave

This zombie’s well-armed.  Charles Daly was an importer of arms from all across the globe, from England, to Belgium, and Germany when it was part of Prussia.  It was a while back.  Since then his name has been passed down to his son and traded back and forth from company to company, but has always remained an importer of quality firearms from around the world. 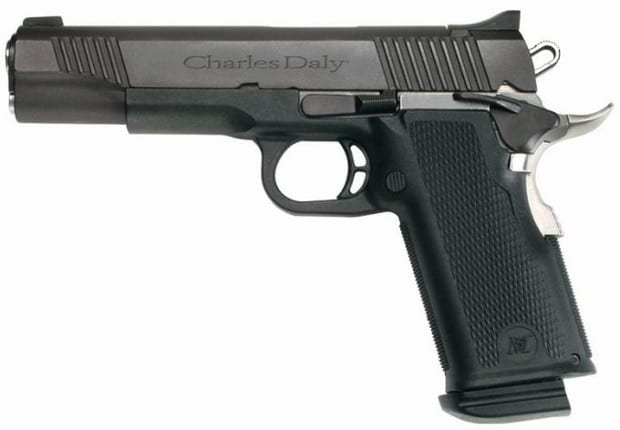 The brand’s last owner, KBI Inc., announced the company’s collapse in 2010, after 15 years of steady importing Armscor 1911s, which you can still find under the Rock Island Armory and STI Spartan labels, Browning Hi-Powers from Hungary’s FEG that were tuned up and polished by Dan Wesson, polymer and steel CZ clones from BUL, SIG P226, Mauser, and Mini Mauser firearms from Zastava Arms of Serbia, lever-action rifles from Chiappa, and shotguns from Turkey’s Akkar, Sarsilmaz, ATA Arms, as well as from Italy and Spain for over-unders and side-by-sides.

They also produced a few AR-15-platform rifles for the Dan Wesson name made and assembled here in the USA.

And again, that was just in the last 15 years. 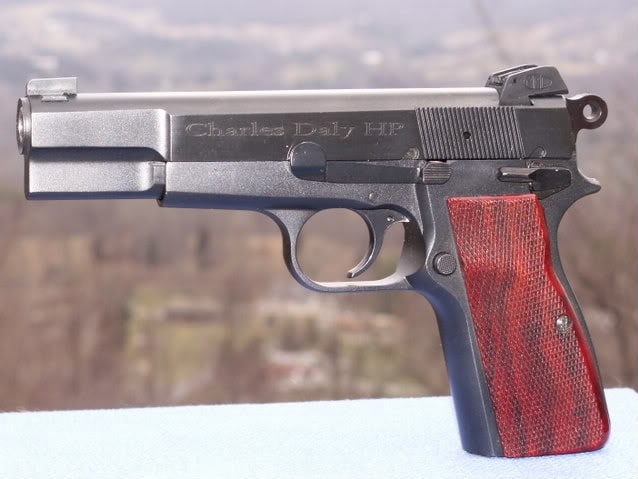 But the company has reformed with the same president and hometown, Michael Kassnar and Harrisburg, PA, with a new name, Trans World Arms, not to be confused with any airlines.  “[The new] product line will include six modern sporting rifle and carbine models, a trio of new shotguns and several handguns, including three all-steel models and six pistols with polymer frames in two versions, a full-size and a compact in 9 mm, .40 S&W and .45 ACP.”

“Of particular interest is a new shotgun entry in the home defense arena, the 12-gauge iTAC tactical shotgun with an inertia-driven action and rotating bolt design, synthetic pistol grip stock, ghost ring sight and Picatinny rail. Kassnar said it is chambered for 3-inch magnums, has an 18.5-inch barrel and durable matte finish. The other two CD Defense models are both pump-action shotguns, chambered for 12-gauge, 3-inch magnums.”

ATA Arms is the contender for that baby; they make a dynamite inerta-operated shotgun called the Neo Tactical II that’s just tops.  It’s a 12-gauge auto shotty with a 4+1 magazine and a 20-inch barrel that’s just, and forgive me for saying this, bulletproof.  ATA is a massive supplier for Beretta and the company knows its way around a smooth bore, if you know what I’m saying.

Aside from that, we don’t really know what Charles Daly guns are going to look like, not until SHOT Show 2012.  But we’re absolutely looking forward to it.