If you caught Sons of Guns last night, you saw that the Gulf of Mexico is so dangerous, it now requires gun vessels to patrol it akin to those cruising the Gulf of Tonkin circa 1969. So it only seems right that Guns.com take a look at a ship that prowled the Dixie of balladeers, the CSS Pee Dee.

The CSS Pee Dee was equipped with a 6.4-inch Brooke Rifle, a type of rifled, muzzle-loading naval and coastal defense gun, a 7-inch Brook Rifle, and a 9-inch Dahlgren, another type of naval artillery.  Currently, plans to lift three of these long-submerged Confederate cannons from the Pee Dee River in Florence, South Carolina, are moving forward with the help of a $200,000 grant provided by a local historical foundation.

Carl Hill, curator of the War Between the States Museum in Florence, spoke to Guns.com on the importance of the recovery of these relics, specifically that they would provide a glimpse of the little-known naval war along the river that was briefly conducted during the last year of the Confederacy in 1865. 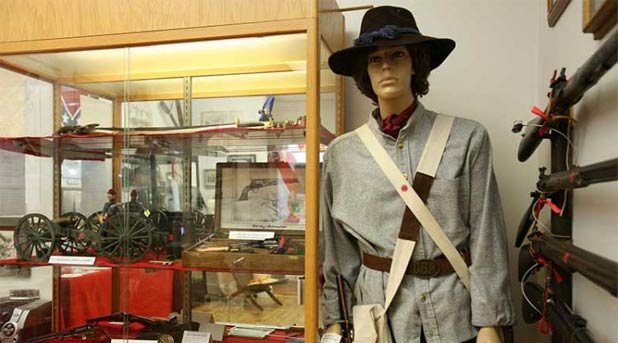 “The Pee Dee was a gunboat,” Hill explained. “It was 150 feet long by 27 feet wide. It was designed to patrol harbors in the area.”

“The guns are still submerged in the Pee Dee River,” Hill explained. “Examination of them underwater revealed that one of the guns is still loaded and will have to be diffused before the guns can be raised. This should happen by next year.”

The history of the Pee Dee, described as a “Macon-class” gunboat, was short and ignominious, matching the other “sinking fortunes” of the Confederacy. The boat was commissioned and launched in a losing attempt to counter a blockade of Southern Harbors by Union boats and the Pee Dee spent its short life sheltering, away from the coast, upriver. It was scuttled (deliberately allowed to sink) by its own crew in February of 1865 after a skirmish with a Union boat (remember this was the end of the war and keeping guns and gunboats out of Yankee hands was an endgame strategy).

In December of 2010 archeological researchers with the University of South Carolina announced they had located the remains of the ship including its cannons in an underwater debris field. They noted the discovery could shed new light on the South’s futile attempts to keep its almost nonexistent navy in action during the last days of the war.

“At its end the Pee Dee was sailed downriver and the crew dumped its guns overboard to prevent their capture by Union forces,” Hill said. “They then set the boat on fire and floated it out into the middle of the river. Some portions of the wreckage were later recovered and taken by souvenir and relic hunters. But the museum was able to reclaim some of the flanking boards and the ribs off the ship.” 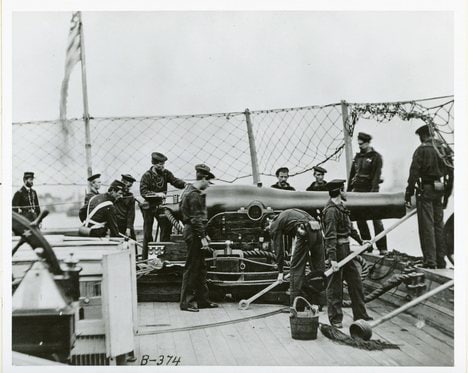 The ship’s boiler was also hauled out of the river without permission in the 1950s and Hill believes it is rotting somewhere in a junkyard, its historical significance unknown.

Once the guns are brought up they could join other rare Confederate relics in the War Between the States Museum. The museum opened in 1988 after six members of the Sons of Confederate Veterans donated artifacts and located them in a downtown Florence building.

“We have a little bit of everything here,” Hill said. “We have a lot of local artifacts including over 500 photos of Civil War soldiers, plus rare guns and relics of the military program in Florence including the Pee Dee Navy Yard.”

A prison camp for Union prisoners was also located in the area and has provided memorabilia and artifacts. Confederate weapons, uniforms and equipment are much rarer and harder to find than those of the Union, Hill agreed.

The museum, a nonprofit, depends on donations to expand its historical preservation so, (hint, hint), if preserving Civil War relics means something to you, consider making a contribution.