A CBS report confirmed that the Bureau of Alcohol, Tobacco, Firearms and Explosives used Operation Fast and Furious as a means to pass gun control.

Many of you are probably saying, “Duh, that was a given.”

But now, thanks to intrepid reporter Sharyl Attkisson, we have proof of this fact.  And the proof is in emails sent back and forth between ATF officials regarding a document known as “Demand Letter 3.” 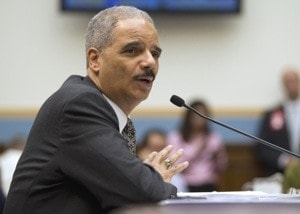 “Demand Letter 3” is the long-gun multiple purchases tracking measure for border-states that the ATF, in conjunction with the Obama Administration, tried to ram down the throats of law-abiding gun owners and Federal Firearm Licensees this past April.

It was coined “Demand Letter 3” because it’s the third ATF initiative in recent years to force gun dealers to report tracing information.

Here is an email response that shows how the ATF was using its own flawed gunwalking tactics to build a case for the long-gun multiple sales mandate:

“Bill – can you see if these guns were all purchased from the same (licensed gun dealer) and at one time. We are looking at anecdotal cases to support a demand letter on long gun multiple sales. Thanks.” 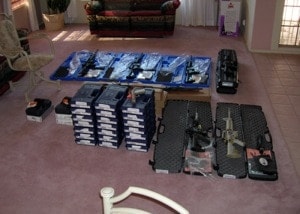 And here is another example, taken from the same CBS report:

On Jan. 4, 2011, as ATF prepared a press conference to announce arrests in Fast and Furious, Newell saw it as “(A)nother time to address Multiple Sale on Long Guns issue.” And a day after the press conference, Chait emailed Newell: “Bill–well done yesterday… (I)n light of our request for Demand letter 3, this case could be a strong supporting factor if we can determine how many multiple sales of long guns occurred during the course of this case.”

Wow.  It’s now crystal clear that the ATF was fishing for evidence it had planted itself to build a case for gun control.

“There’s plenty of evidence showing that this administration planned to use the tragedies of Fast and Furious as rationale to further their goals of a long gun reporting requirement. But, we’ve learned from our investigation that reporting multiple long gun sales would do nothing to stop the flow of firearms to known straw purchasers because many Federal Firearms Dealers are already voluntarily reporting suspicious transactions. It’s pretty clear that the problem isn’t lack of burdensome reporting requirements,” Sen. Charles Grassley (R-Iowa), who along with Rep. Darrell Issa (R-Calif) is investigating Fast and Furious, told CBS. 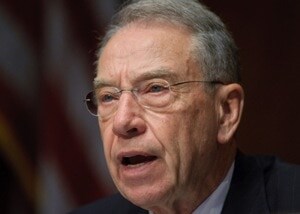 In a letter dated July 12, 2011, Sen. Grassley and Rep. Issa asked Attorney General Eric Holder if his agency discussed how “Fast and Furious could be used to justify additional regulatory authorities.”  They have not yet received a straight answer.

“In light of the evidence, the Justice Department’s refusal to answer questions about the role Operation Fast and Furious was supposed to play in advancing new firearms regulations is simply unacceptable,” Rep. Issa told CBS News.