I would guess that all of us remember our first car, and many of us wish we could someway, somehow get that vehicle back.  By the same token, many of us have bought and sold guns over the years that we wish we could fire, just one more time. For some, the list is longer than others but whether it be because we just needed the money or thought we got the better deal, there are some guns we regret parting ways with.  Here’s a few that I wish I could hold and holster again:

One of my first rifles that I truly loved to shoot and own was an original Winchester 1873 rifle in .38 WCF (.38-40). It was a well worn gun and certainly not a collector’s item, but it was one of the most accurate rifles I ever owned and my first foray into the world of old guns. I was only nineteen when I bought that gun and when a nice Winchester bolt action .30-06 came my way I thought I needed that gun more.  So away the 1873 went and I wished to this day I had it back.

Another old Winchester I found was a 1894 Winchester rifle in .38-55 with a full length octagon barrel and a Lyman tang sight. It was a special gun as it had been in storage since 1960. A friend of mine bought out a gun shop owner’s estate.  The previous owner had closed his doors in the late 1950’s and in this lot of leftovers was this rifle, albeit in separate pieces.

My buddy and I managed to get the whole thing together again. We even replaced the broken mainspring, which in fact was the very reason the gun had been taken to the shop in the first place. That old Winchester shot wonderfully, but bill collectors came calling and away it went with a heavy heart.

Likewise went my 1894 Winchester saddle ring carbine in .25-35. A true handyman special, most folks would have passed on this gun in a heartbeat, but I love hard luck cases. The gun migrated east from a Utah sheep ranch and was a true working man’s gun.

Made in 1909 it had seen hard use for better than seventy years. The forearm was worn flat from being taken in and out of a saddle scabbard and some time back the buttstock had broken and the owner replaced it with a piece of rough cut Ponderosa pine that had the original butt plate screwed back on. The front sight blade was missing and the rear sight was gone, and somehow there was a crack in the frame.

At first I passed on the gun but a year later it had come back to the owner after it was bought and sent to the gunsmith. The wood had been replaced, the frame fixed, so I bought it and replaced the sights. It shot surprisingly well for all the trouble it had been through, putting in groups of less than an inch at 25 yards. Sadly it followed my .38-55 when the rent came due.

Of all the handguns I have owned, really only a couple tugged at my heartstrings upon parting. One was a late 1960’s Browning Hi-Power I felt bad later for trading, especially since the gun I traded it for as about as accurate and a blind man with a sling shot. I traded that gun for a Dan Wesson revolver and promptly got rid of it, but that Hi-Power was long gone. 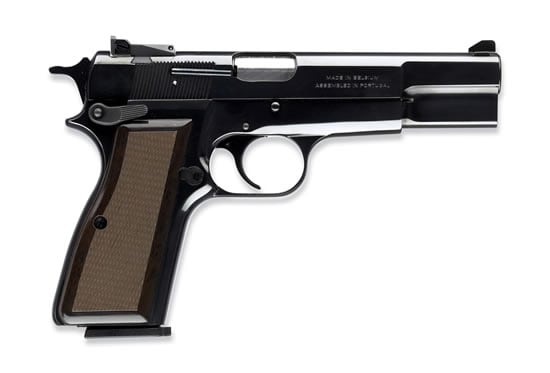 Another handgun was an old long barreled Ruger Single Six that had very little of its finish and even had a flat spot worn into the trigger guard from riding in a holster so much. But man that gun could shoot. I dusted more than a few squirrels with it, and I learned to do a lot of trick shooting with that old Ruger with the .22 Long Rifle cylinder in place.

Still I fell in love with a Smith & Wesson .22 Magnum that came my way, and traded for it.  I don’t have that S&W either. 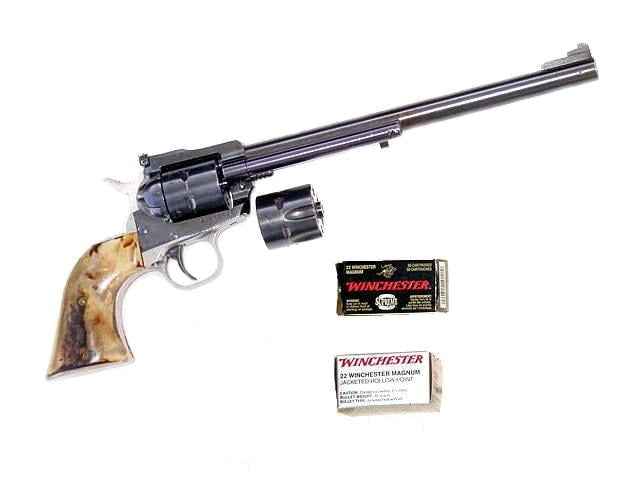 There is one gun though, and I know right where it is to this day, that I want back and as soon as I can get the green I think I will. It is an old Remington Model 33 single shot .22 with an old Weaver scope. It is one of the nicest rifles I have ever owned and was in immaculate condition when I bought it many moons ago. It accounted in one year for well over fifty squirrels and worked best with CCI standard velocity rounds. I nearly drool over the thought of how many squirrels that gun could bring in when I do my part.

Like ships passing in the night some guns have come and gone in our lives, some we may still see, some we may never see again, but they are part of our lives nonetheless.