He may know if you’ve been naughty, but these guys will curbstomp you if you so much as think about ingressing the perimeter.  The Claus’ job is tough but trouble doesn’t close in on St. Nick on account of this skilled team of determined, guarded, and well-armed elves.

And now you can get a rare glimpse inside the operations of one of the world’s most fine-tuned and focused protective forces: Santa’s Little Secret Service.

“Santa Claus prides himself on his ability to move freely about the world to undertake Christmas operations. The most visible symbol of Santa’s Christmas mobility is Sleigh One, his highly advanced personal transport. So it was only fitting that the Santa decided to bring Sleigh One to San Francisco’s Santacon, now in its 17th year of santarchy. 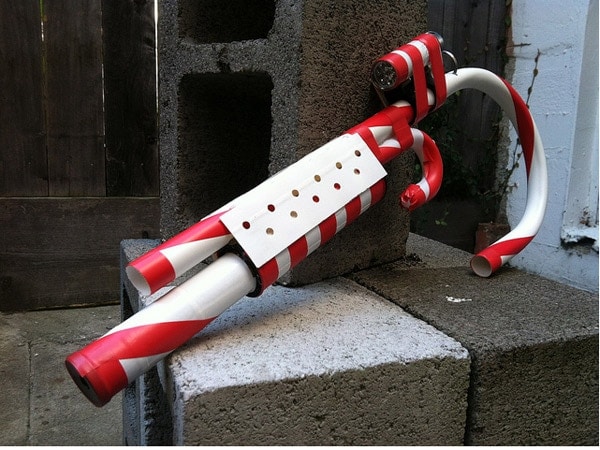 “As soon as the Office of the Santa added Santacon to its pre-Christmas Operational Window tour, Santa’s helpers mobilized to make the trip a safe and successful one. Such high profile visits by the Santa require multiple layers of security, so the elves of the Bureau of Special Christmas Operations, and the fighting reindeer, nutcrackers, and sugar plum fairies of Santa’s Defense Forces formed a joint task force to protect the Santa and Sleigh One. The mission was code-named: Operation Chimney Sweep.

“The goals of Operation Chimney Sweep: 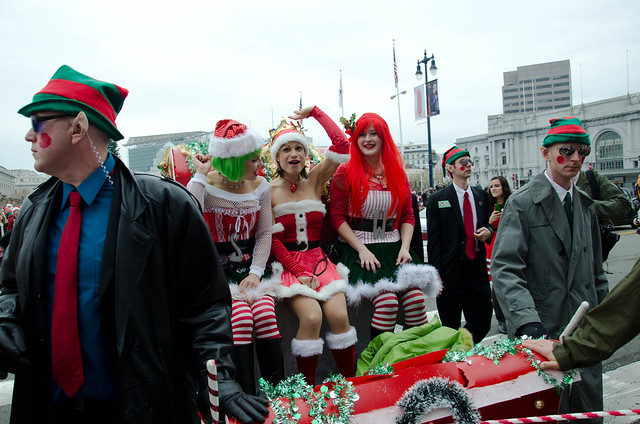 Not that they’re limited to just the Kringle.  The SLSS guards all of the iconic holiday figures.  Seen here is the SLSS escorting Easter Bunny:

Not only are we treated to the operations of these tireless men and women, but we’ve been given some insight as to what sort of equipment they use on a daily basis to protect our beloved figures.

If you’re in any way as fascinated by these diligent men and women as we are, people who risk their lives every day to protect the world’s iconic figures, you owe it to yourself to learn more about Santa’s Little Secret Service.

Bless you all, and godspeed.