The Most Successful Shooting Platform, the 12 Gauge

The 12 gauge shotgun, in all its many forms, single-shot, side-by-side, pump, automatic, belt-fed, even mounted, have penetrated every part of the shooting world.  It’s success as a platform isn’t even remotely challenged by any other firearm.  We love the 12 gauge.  And by “we,” that’s not just Guns.com.  That’s everyone.  That’s the United States, the Americas, the world.

You can get 12 gauge ammunition virtually anywhere, and even in places where firearms are heavily restricted people get to own shotguns.  And while some are clearly cut out for specific jobs, whether it’s competitive shooting, bird hunting, or social work, the fact is that shotguns are so extremely versatile that they’re too valuable to ever really prohibit. 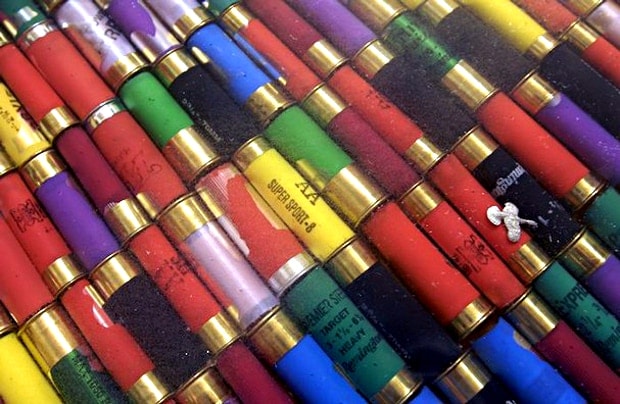 Shot shells can be home to all sorts of different kinds of ammo, but the ubiquity of the 12 gauge means it gets a lion’s share of neat stuff that you might want to make go flaming into a specific direction.  Big shot, little shot, slugs, “specialty” ammo…

Like rubber pellets.  Most everyone knows that police use rubberized pellets and slugs world-wide to deal with rioters and the like.  But they, like a lot of less-than-lethal ammunition, often don’t work well, or sadly, work too well.  That’s why the twisted minds behind Taser invented this: 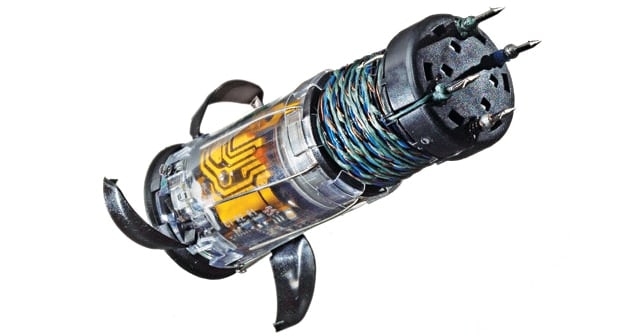 The XREP is a Tazer in a shotgun shell.  It’s considered to be effective out to 100 yards; any more would require loading it with so much propellent it wouldn’t survive the trip, and it might pack too much of a punch.  It’s kinda fascinating, actually. “­Creating a device small enough to fit into a shotgun shell casing but powerful enough to incapacitate a subject was no easy task. The development team at Taser had to find a way to balance power with size. Not only did they need the device to travel farther than a standard Taser, but also to have the right amount of mass. If it had too little mass, it wouldn’t travel far enough. But if it had too much mass, it could become a deadly projectile rather than a non-lethal solution.”

Although sometimes a deadly projectile is exactly what’s called for.  You’d think that they wouldn’t get more deadly than slugs, but then, have a look at this:

Yes, that is a steel-cored slug with a polymer nose that houses half a dozen chisels.

“A slug with an extremely enormous impact effect. When hitting the body, the frontal part of the slug instantly increases from 18.5 to 36-38 mm in diameter–this is the largest slug expansion diameter ever known. It creates an entrance hole with a 3.5 cm diameter, hits powerfully with all its expansion area and disintegrates into six symmetric splinters. The splinter cone causes an extensive area of damage. The unified effect of a hydrodynamic shockwave inside the body, along with splinter damage, ensures an unique instant stopping effect with the Hexolit 32 slug, which provides good results even with imperfect hits.” 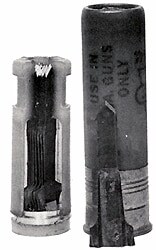 If you think that’s nasty, you should know about the military SCMITR program in the ’70s.

“SCMITR was part of the CAWS (Close Assault Weapon System) program, which investigated ~20 mm smoothbore weapons (basically combat shotguns) designed to be effective to ranges of 150 metres against combatants wearing body armor. Flechettes, with their high sectional density, were ideal for penetrating rigid or soft composite armor, but the wounds caused by the tiny darts were considered insufficient to disable an enemy combatant, as the tiny hole would quickly clot and cause relatively little bleeding. The SCMITR darts had the same sectional density as flechettes, but the wide, flat shape of the SCMITR produced a larger, more disabling wound.

“The SCMITR cartridge was loaded with eight of these flechettes, each weighing about 1 gram. Dispersion was low, with all eight flechettes capable of hitting within a four metre circle at a range of 150 metres” 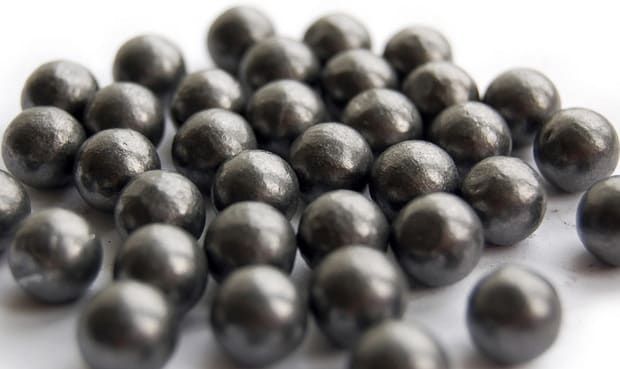 Of course, for defensive loads, statistically, nothing beats buck.  (That goes for 20 gauge, too.)  00 buck shot is one of the most effective loads out there and consistently delivers high rates of one-shot stops and has the lowest rate of number of rounds required to incapacitate a threat.  “Now compare the numbers of the handgun calibers with the numbers generated by the rifles and shotguns. For me there really isn’t a stopping power debate. All handguns suck! If you want to stop someone, use a rifle or shotgun!”

That doesn’t mean you can’t have a little fun with them, too. If this is the first time you’ve seen or heard of Dragon’s Breath, you’re in for a treat.

“In theory, it can be used for signalling. This would make more sense if the militaries of the world still used semaphore. And as far as your lost in the woods, get some attention-type scenario, there already exist better-suited shotgun ammo types. No, this is cool for cool’s sake.”

Yep, if you can think of it, there’s probably a shell for it.  And that’s why everyone loves the 12 gauge.

The 12 gauge shotgun is without a doubt the most successful firearm since the flintlock.  They’re everywhere, and they aren’t going anywhere.  What’s your favorite shotgun, and what do you like to shoot from it?