This was a tough assignment: select 12 guns, new or just new to me, that I would put on my nice list for this year.

I like a lot of guns and have shot a bunch more over the decades. But my personal collection is actually fairly modest, and 12 new guns would represent about a 50% increase.

So, you may be asking yourself what makes a gun nice?  Well, I’m going to have to defer to a quote from a wise man, Potter Stewart, on that one who once said of another vague term, pornography, that it’s almost impossible to define, but you know it when you see it.  I applied that same reasoning when I considered the guns I would put on my nice list.

See, I’m pretty particular. Other than a couple of guns I have for sentimental reasons (either gifts or family heirlooms), I don’t have the ‘collector’ mindset. If a gun is going to take up space in my safe, it has to have a good reason to be there.  I don’t just want a gun to own a gun, I want something that I will actually shoot fairly regularly. A gun that’s a nice fit for me.

With that in mind, here’s my selection: 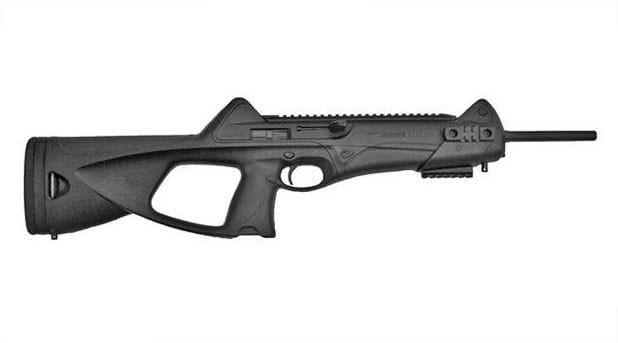 The CX4 came out in 2003, but only recently did I have a chance to try one in .45 ACP. Wow – what a nice pistol caliber carbine companion to a 1911 on your hip. The CX4 handles well, is very well made and reliable, and is all kinds of fun to shoot out to ranges much greater than I can accurately hit with a pistol. 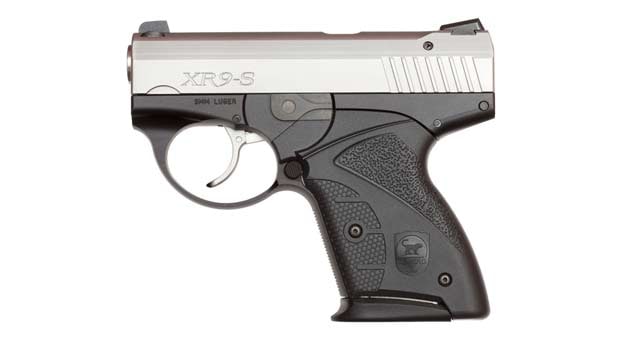 This guy is new this year, but hey, what’s not nice about a longer barrel, the ability to handle full +P loads, and less recoil than you’ll find in a much larger pistol? Yeah, this could easily become a favorite CCW for me. The fit and finish is exceptional, even if the design is a little weird for us old-timers. 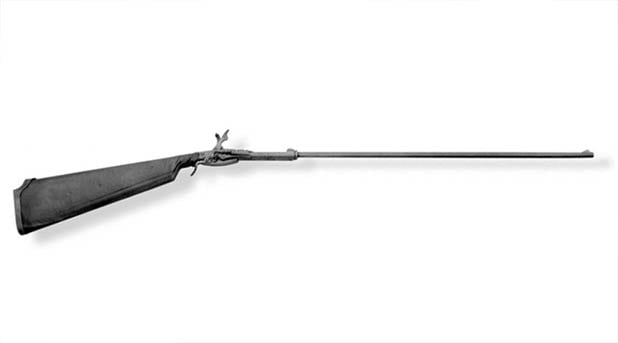 “PCP” in this case means “pre-charged pneumatic.” Yeah, an air rifle. And I have actually never seen one of his guns in person, so why did it make my nice list? Go take a look at his site. I do regularly, just to browse. The man is a phenomenal craftsman and artist and as something of a talented craftsman myself, I don’t use such language lightly. In the case of Barnes Pneumatic, all of his guns are basically ‘new’ models based on standard designs. And any one of them would fit in quite nicely in my gun safe. 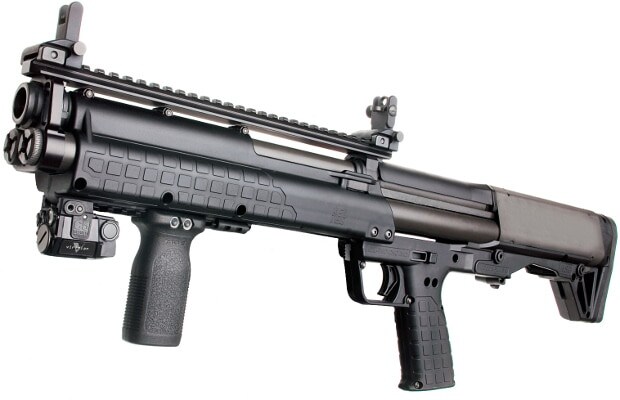 Okay, the word “nice” might not jump to mind when you picture the KSG (words like “wicked” and “sinister” seem more appropriate) but there is good reason this 14-shot scattergun made the short list this Christmas, not the least being it’s overall popularity.

Who doesn’t want one of these this year? It’s is a relatively inexpensive, high-capacity pump shotgun. I have a little Kel-Tec Sub2000 in 9mm, which is dependable and just fun and the KSG seems to fit in this vein as will. Plus, having the extra firepower of a 12-gauge goes a long way to easing ones mind, even if the feel and recoil is a little rough around the edges.  Nice? You betcha. 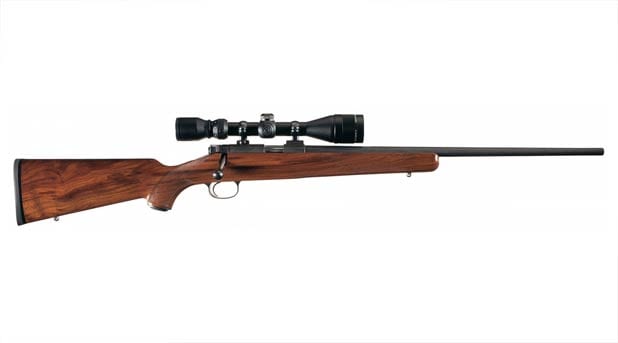 Yeah, this isn’t new either. In fact, you can only get them used at this point. And they’re kinda rare, and a bit pricey. So it isn’t too much of a surprise that I didn’t get to try one until this past summer, when we were doing the BBTI .22 tests.

And man, what a nice rifle. The bolt action is like butter. The wood stock is legendary. The accuracy is better than I could ever hope to be – but I’d be willing to try. Also, I don’t own a .22 bolt-action. Yeah, I want one. 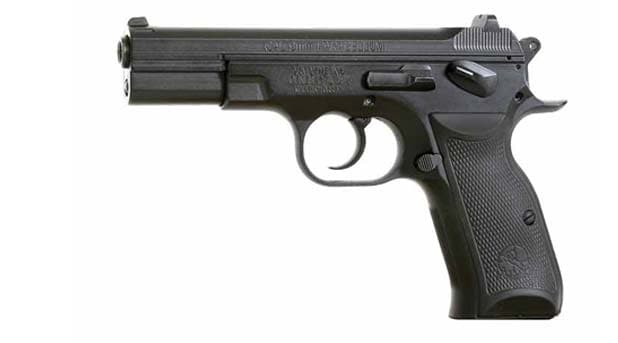 OK, this isn’t something offered by a particular manufacturer. I first started considering this idea when we tested the .460 Rowland cartridge this summer, and I saw how it performed out of a short tube. Then Max Slowik wrote about it in September.

Now I’m convinced that it would make a hell of a PDW, and could easily take the place of my “nightstand” gun, spreading it’s own style of Christmas cheer should the Grinch come sliding down my chimney. 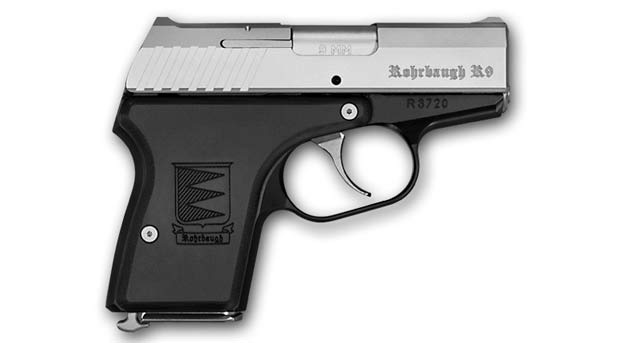 The link is to my review of the 9mm version, which I have had and thought to be one nice gun for years. But this year I got to shoot the new .380 version – it is *exactly* the same in every regard as my R9, except for a different barrel and a slightly altered magazine. But shooting this gun in the .380 ACP version is dramatically different than shooting it in the 9mm version. As in, it’s nice and pleasant. Shooting the 9mm version isn’t.

I won’t get rid of my R9 or relegate it to my naughty list (which is actually a collector’s item) – but I sure wish I could get a drop-in .380 barrel for it. 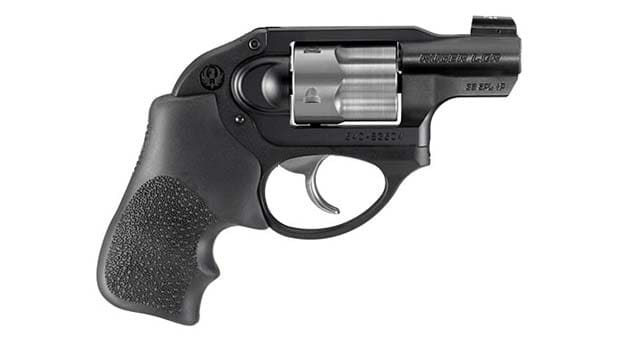 I liked the LCR in .38 Special when it first came out, and was tempted to get one then, but I had a S&W 642 which served perfectly well as a potent pocket revolver. Now, having what could well be the nicest concealed carry revolver ever made in full-house .357 Magnum with a little extra weight to suck up recoil? That’s a winner. Not new, but new to me.  I would always place the very dependable Model 77 rifles I’ve shot in the past on my nice list, but those were all of the smaller cartridge variety. Sometimes nice can be boring.

Going with the African model in .338 Winchester Magnum would cover any hunting needs I might have on this continent, at ranges out to an easy 300 yards. And I do so love a nice wood stock. 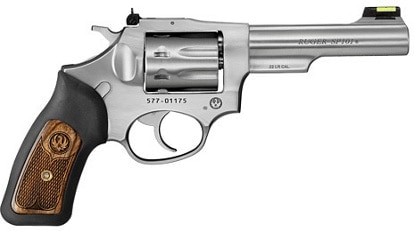 This was a nice addition to Ruger’s SP101 line this year: an 8-shot revolver. It’s attractive, well-made, and sturdy as hell. At present I don’t have a .22 revolver, which is the ideal handgun for introducing new shooters to handgun fun. Yeah, I’d take one of these in a heartbeat. 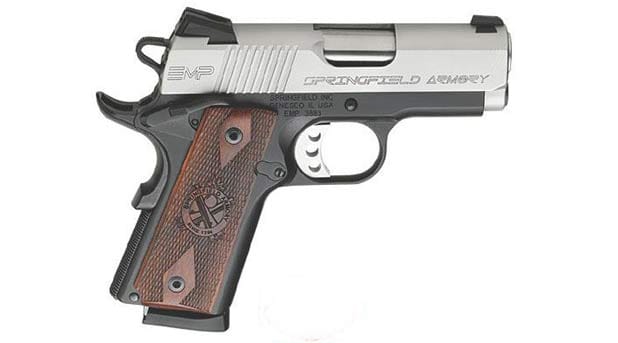 I like 1911s. Well, in John Moses Browning’s chosen .45 ACP. But Springfield wisely and quite nicely redesigned the 1911 to proper scale for a 9mm cartridge, basically shrinking everything by about 15%.

So what you get with the EMP is a compact package, with everything in the right balance. The EMP has been available for a few years now, but was new – and a revelation – to me. This would make an excellent CCW on your hip or in a shoulder/vest set up. Yeah, I have those bases covered and don’t really need another, but for a gun as nice as this, I might make an exception in this case.

Yeah, I like carbines which use “magnum” cartridges. I had been thinking I would get a lever gun which shot .38/.357s. But just a few weeks ago I tried this pump rifle for the first time. It’s not perfect – there are some quirks in loading and pumping the action you have to get the hang of – but it would make a heck of a companion to my Python.

So, there you have it: my nice list for 2011.  I left a bunch out here (the Berretta Nano comes to mind) but that’s where you come in.  Who made your nice list in 2011?  Put them in our comment section below.