Researchers Paul Gallant, Alan Chwick and Joanne D. Eisen published a report in the Jan. 2012 issue of the Dillion Blue Press where they argued that a “global Arms Trade Treaty will come into force late this year.”

In that report, they make the following predictions:

•    We predict that small arms will be included, because that’s what this treaty is all about in the first place. But ammunition has, at best, a 50-percent chance of inclusion.
•    We predict that a minimal Implementation Support Unit (ISU) will be approved, and will ultimately grow into a global BATFE on steroids.

As far as the willingness of the Obama Administration to accept a treaty, they write:

“As for the US, it might seem confusing that the Obama government has taken a position against the inclusion of SALW [Small Arms and Light Weapons] and ammunition in the forthcoming Treaty. Yet, the US officially supports the inclusion of SALW into the UNROCA [UN Register of Conventional Arms] itself, as clearly stated in October 2011 by Laura E. Kennedy, one of the representatives to the UN.” 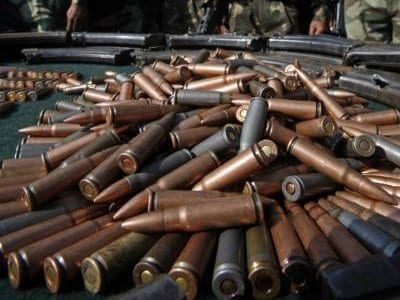 But in reality, it doesn’t matter what President Obama or his Administration decide to do.

The fact of the matter is we have the power to stop any pernicious permutation of this Arms Trade Treaty dead in its tracks.

As the Constitution says, the President “shall have Power, by and with the Advice and Consent of the Senate, to make Treaties, provided two thirds of the Senators present concur…”

If we continue to voice our disdain and concern for this ATT to our lawmakers in the Senate, then we should have no problems with a “global BATFE on steroids” or any small arms and/or ammunition regulation.

Currently, there are 58 Senators who’ve heard our pleas and signed a letter drafted by Republican Sen. Jerry Moran (R-KS), which states: 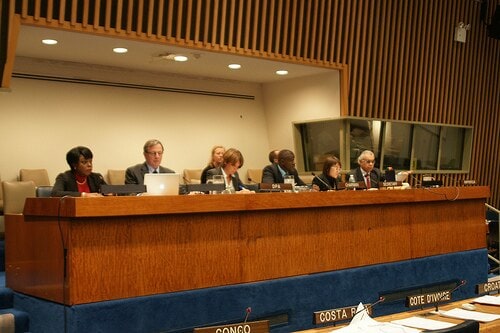 Moreover, a few weeks ago Rep. Joe Walsh (R-IL) announced his plan to introduce a bill into the House that would block U.S. funding to the U.N. if the U.N. attempts to implement gun control measures that negatively affect U.S. gun owners.

If Walsh’s bill were to pass through Congress and become law, it would totally dissuade the U.N. from pursuing any of its more invasive ATT gun control goals, as U.S. taxpayer dollars fund roughly 22% of the U.N.’s operating budget and 27% of its “peacekeeping” budget.

The Dillion Blue Press report says that, “U.N. diplomats are currently preparing for a final negotiating conference, to be held at the UN between July 2 and July 27, 2012.”

Whatever comes from those negotiations, we can bet on one thing: an Arms Trade Treaty that infringes or abridges the rights of American gun owners will not be ratified by the U.S. government.

There’s a prediction for you.

Do you agree?  Or is that prediction too optimistic?