Broward County resident Nour Badi Jarkas, 54, was facing trial for first-degree murder after he killed his estranged wife’s boyfriend, John Concannon, 56, in 2009.  But last week, Circuit Judge Ilona Holmes ordered an acquittal after finding that Jarkas acted in self-defense when Concannon confronted him when Jarkas was visiting his wife’s home.

According to the Florida Sun Sentinel, Prosecutors will not appeal the Judge’s decision.

“We’re pleased with the judge’s ruling,” Jarkas’ lawyer, H. Dohn Williams told the Sentinel. “We think it was the right decision.”

What’s fascinating about this case, and as the Sun Sentinel pointed out, is that Jarkas had already been tried on the murder charge and related accusations early last year.   The jury was hung on the murder count, but found Jarkas not guilty of armed kidnapping and aggravated assault with a firearm.

As a result of the inability of the jury to reach a unanimous verdict on the murder count, the table was set for another trial.  But during that time period the Florida Supreme court ruled that the ‘Stand Your Ground’ law, which was passed in 2005, is intended to keep certain self-defense cases from ever getting to a jury.

Upon further review by Judge Holmes, this was one of those cases.  And Jarkas became the first Broward County resident to have successfully used the law to block his prosecution on a first-degree murder charge.

In Jarkas’ case, “nothing was presented … to rebut the reasonableness of the fear that [Jarkas] testified that he had in being confronted by a 5-foot-11, 280-pound, tattooed man who was angry and who lunged at him,” Judge Holmes wrote in a decision sent to prosecutors and Jarkas’ lawyer last week.

During the trial, Jarkas testified as to what happened that day.  He alleged that he was invited into his wife’s home in the 9800 block of Southwest First Street in Plantation.  Suddenly, Concannon showed up at the residence, which prompted his wife to leave. Concannon taunted Jarkas, grabbed him, struck him and threatened to kill him, Jarkas told the jury.

“You’re not going anywhere; I’m going to kill you here,” the victim allegedly yelled at Jarkas.

According to the medical examiner, who conducted the autopsy, Concannon might have been lunging at Jarkas when he was shot, corroborating Jarkas testimony.  Or, the examiner said, the victim might have been seated when Jarkas pulled the trigger. 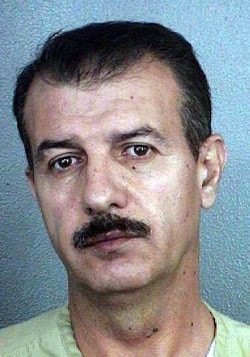 Judge Holmes told the Sun Sentinel she relied on the testimony of Jarkas and the medical examiner in issuing her ruling.

Prosecutors argued that Jarkas had been plotting to kill Concannon and had brought his gun to his estranged wife’s home for that purpose.

The victim’s son, Joseph Concannon, agreed with prosecutors and denied his father was at fault.

“Jarkas gave a full confession to Plantation police,” he said in an email to the Sun Sentinel. “He confessed he was going to kill my father, his estranged wife and then kill himself.”

Concannon contented that his father was ambushed and held at gunpoint against his will, and was seated when shot.

“This man took away my father, a man who served our country in the Navy, a man who has five grandchildren who loved him to pieces,” Concannon said. “He’s gone forever. His murderer is about to walk free.”