The SSAK-47 Lets You Shoot AKs Full-Auto, and Legally

Ah, the Slide Fire.  A stock that makes any AR-platform rifle fully-automatic at the flip of a switch, without becoming an NFA weapon, no tax stamp necessary, with the BATFE’s approval.  And now it’s available for AK-pattern rifles and shotguns.  Warning: known to cause uncontrollable smiling. 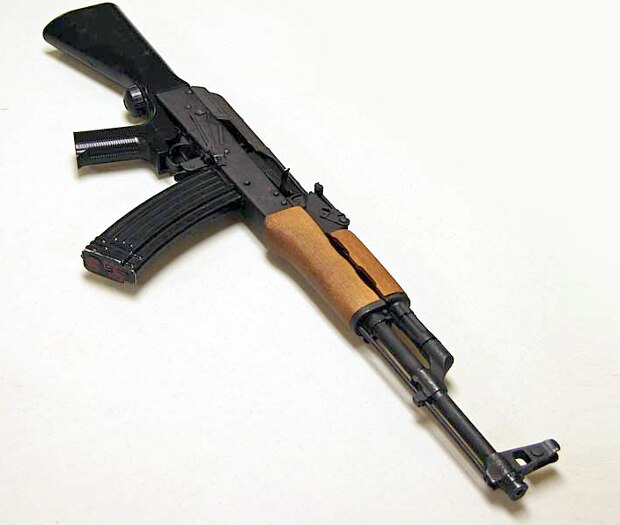 The Slide Fire’s operation is simple.  It’s an aftermarket stock and pistol grip unit that oscillates.  The amount is roughly the equivalent distance of a single pull of the trigger.  The pistol grip has a ledge on it that you rest your fingertip on, and you fire the rifle or shotgun by pulling forward on the handguard.  Because it’s manually controlled, and not spring-operated or anything like that, and it doesn’t modify the gun in any way that isn’t cosmetic, it’s totally legal.

And it’s taken a while but we have to agree: the AK Slide Fire was totally worth the wait.  Check it out.

What’s that?  A mag dump?  How handy.  But with this Saiga 12, it’s downright terrifying.

We’ve said it before and we’ll say it again: Slide Fire stocks are ugly.  Although for some reason the AK one looks a lot less ugly to us.  But it doesn’t matter, just watching those lucky bastards go to town at several hundred rounds per minute, and you can see the Slide Fire’s inner beauty, and they’re just all-around gorgeous.

And good news, AK fans: the SSAK-47 is cheaper than the AR model, at just a hair under three bills.  Currently, they only have them for righties.  That should change very shortly.

This isn’t the only addition.  They’ve also put together another SSAR-15 SBS model, which is a much more handsome, M4-style Slide Fire for AR rifles.  Those’ll set you back $370.  No matter how you look at it, though, it’s a whole lot cheaper than any rifle with a fun button.