When we first decided to embark on the Ballistics By The Inch project, we decided to concentrate on handgun calibers and cartridges commonly used for self-defense. It just seemed what folks would be interested in.

The initial series of tests covered 13 different such calibers/cartridges, all done using our trademark ‘chop test’ in barrel lengths from 18″ down to 2″. We also tested a number of ‘real world’ guns to use as a benchmark comparison with the ideal performance of our Thompson/Center Encore test platform.

Subsequent testing expanded the range of different calibers/cartridges, adding in some more unusual ones which are still generally considered to be viable for self-defense purposes. And we greatly expanded the number of ‘real world’ guns tested, (a pretty common question we got from the people who visited our site).

But without a doubt, the most common query we got was: “when are you going to test .22s?”

We resisted doing so, since while there are plenty of good .22 handguns, it is not generally considered a good self-defense round. Yeah, sure, I don’t want to be shot with one, but if I’m going to rely on a handgun to stop an attacker, I’m going to go for something with a lot more ‘oomph’.  I think it’s safe to say that this is the way most people think about .22s: better than a rock, but not an ideal self-defense choice. 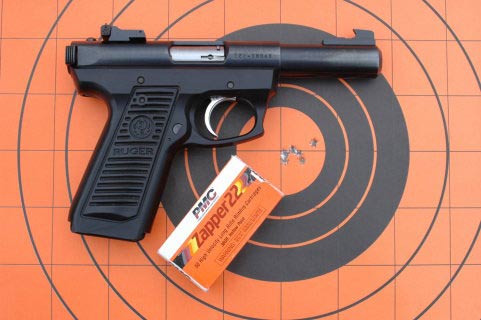 Still, even with this explanation, on our site and on multiple forums, the question persisted and became more frequent: “when are you going to test .22s?”

Finally, this past summer, we did, as I mentioned here in June. And we’ve just posted the full information as part of our comprehensive BBTI site overhaul. 10 different .22 cartridges, ranging from little CCI 27 grain Shorts to the Aguila 60 grain Subsonic Sniper rounds. All chrono’d through ‘chop tests’ from 18″ down to 2″ barrels. And all also shot through 20 different ‘real world’ guns, from a NAA Mini Revolver with a 1″ barrel to a Winchester Model 63 with a 23″ barrel.

But for those who want a little insight from someone who has done all these tests, let’s ask the question again: What did we learn?

That I still wouldn’t want to use a .22 for a primary self-defense weapon. But, if you *are* going to do so, there are some better and some worse choices you could make as to ammunition and firearm.

In fact, for most of the ammunition we tested, you see only about a 10 – 15% increase in velocity in going from 8″ to 18″, while you see about a 25% increase in going from 2″ to 6″. Like most handgun ammunition (magnum rounds being the exception), the velocity/power curve for the .22 tends to flatten out after 8″, after rising substantially from 2″ to 6″ and then a bit more from 6″ to 8″. 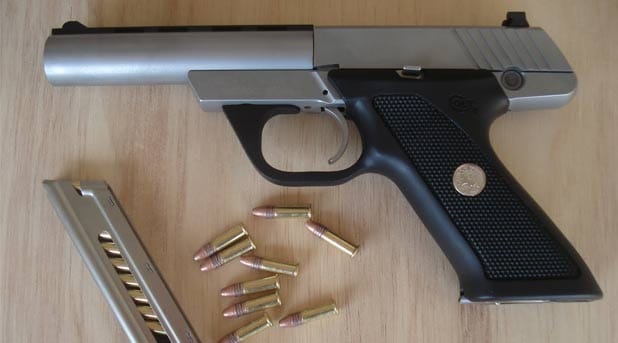 This makes a certain amount of sense: the case size of the .22 is pretty small. It would make sense to load it with a hot, fast-burning powder for maximum effect. And that means that powder is mostly ignited before the bullet has a chance to go more than a few inches down the barrel.

One side-note related to this: since the case is so small, as well as the powder load in it, even small variations in the powder charge can have a big impact. We tended to see a fair amount of ‘spread’ in the chronograph readings for some of the brands of ammunition tested. The more expensive varieties seemed to have more consistent readings (as you would hope would be the case).

How about the firearms tested? Again, there was a lot of variation from one brand to another, but you shouldn’t read *too* much into that – as I note on the ‘real world’ guns page:

“Keep in mind that there are always variations in performance from one gun to another, even among identical makes & models, let alone between models made years apart.  Take the data provided as indicative, not definitive – you should test your own firearm if you want to know exactly how it will perform in comparison to our results.”

Still, with that caveat in mind, the Ruger brand pistols we tested all did really well in terms of giving faster velocities for a given ammunition. And the Kimber Classic rifle (20″ barrel) had notably higher velocities for most ammunition than the other rifles tested.

The .22 is an excellent round for doing many things, and as I’ve noted I grew up with it. For years the only handgun I could afford to shoot regularly was my Mark I with the 5.5″ bull barrel.

No, I won’t be giving up on my .45 in favor of carrying the Mark I. Nor will I swap out my 642 for a .22 pocket gun. However, it’s good to know now, after seeing the hard data, that when the Mark I also served as my ‘nightstand gun’ that it wasn’t a bad choice under the circumstances.