What constitutes “naughty” is really a subjective matter. When your love interest is “naughty,” isn’t that really sometimes “nice?” When children are “naughty,” maybe they get a frown-y face instead of a star or a tap on the wrist. But what makes a firearm manufacturer “naughty”? You know, something worthy of a tut-tutting and a lump of coal, but not egregious enough to make us toss them out on the sidewalk?  You know, disapproval but out of love.

Well, I’ve got a few candidates for Guns.com’s 2011 naughty list: 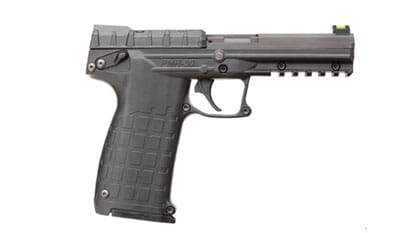 For the naughtiest gun maker of all, I dodged the responsibility entirely and put the onus on others, but for good reason. A perusal of gun forums and e-zine article comments appears to place Kel-Tec at the top the “naughty” list among online posters.

Kel-Tec is naughty for introducing an exciting new pistol, the PMR-30, but then totally halting production before dribbling them back onto the market this year. The pistol was a stroke of marketing genius in providing fun-time shooters a .22 magnum handgun with a 30-round capacity. Posters opined about the pistol’s great ergonomics, nice trigger and flat-out fun factor. Woo-hoo!

But it didn’t take long for buyers to discover problems.  First, the pistol is finicky about feeding ammo from its cavernous magazine. OK, Kel-Tec includes literature with the PMR-30 recommending specific ammunition that works best in their pistol – fair enough. But then shooters started complaining about bullets keyholing, and then the question arose about possible heat treatment issues.  So Kel-Tec stopped production to fall back and regroup, making the new fun gun unavailable. To the legions of never satiated gun buying consumers, the tease alone is worth a lump of coal.

How about a second lump?

For pure semi-auto shooting fun-zola, how could you beat a pair of 30-round PMR-30s, one in each hand? Answer: with a pair of 30-round .22 rimfire PMR-30s, because the ammo is a lot cheaper than .22 magnum. Kel-Tec is supposedly introducing a .22 rimfire conversion kit for the PMR-30 in January 2012, but as one shooter said, what good is it if you can’t get the pistol?

More incisive journalistic research (me hanging out at a local small town gunshop and chatting with folks) indicates that, pretty much universally, shooters feel that a gun maker should solve problems with an existing product before introducing something new for it.

For the record, I tried to contact Kel-Tec in Cocoa, Florida via telephone and email to give them an opportunity to comment. They didn’t respond. Maybe they’re all at the beach. I would be.

Hopefully, in 2012 Kel-Tec will ramp up its PMR-30 production and get on Santa’s “Nice” list. Oooo – and my Christmas stocking is big enough to hold a handgun… 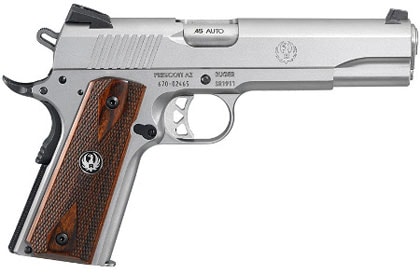 The owner of that small town gunshop has Ruger firmly penned onto Santa’s “naughty” list because of that maker’s Gunsite Scout Rifle built on the M77 action. Not that the .308 rifle isn’t good; au contraire. But it’s also not very available and the same goes for Ruger’s new M1911 clone, the SR1911.

Demand for both is so high that they are backordered for months, he said. The really naughty part, from the gunshop owner’s perspective, is that for much of 2011 Ruger had a marketing program that earmarked many SR1911s for larger dealers who bought larger lots of other Ruger guns, so this small town gunshop owner couldn’t get even one SR 1911 for his customers this year.

“It’s good to have a really successful product, and we are building these guns at our maximum capacity,” Sturm, Ruger’s Ken Jorgensen told me in a phone conversation. “We are looking at increasing production of the SR1911 in our Prescott, Arizona plant, but we aren’t going to sacrifice quality for quantity.”

Doesn’t seem fair to award lumps of coal for success, but there it is.

I love the AR-15. The best thing I ever did for my Highpower competition sitting position scores was to eschew the M-14 for the AR-15’s pistol grip and lighter recoil (granted – my 600 yard scores have suffered a bit, even with 75gr bullets, which just goes to prove that life is full of little trade-offs). And one of the most accurate varmint rifles I’ve ever fielded was a DPMS Panther that consistently one-holed my 69gr bullet handloads at 100 yards.

Judging by how many factories are churning out AR-15 clones and variants, it’s got to be the single most popular firearm design in the world. Yeah, you can argue that there are more military AK-47s and semi-auto variants out there, but if we exclude the full auto versions, I bet the AR takes the field among manufacture of new sporting rifles.  It seems as though today everyone is fielding an AR of some kind or other, and if they’re not, they’re making parts or accessories for it.

And no wonder; the modular design makes it a capitalist’s dream. Geez, the thing is so modular that it’s called a “platform” instead of a rifle and, yes, I’ve been happy to build the “platform” from component parts myself.

Remington, Ruger, Smith & Wesson and SIG have all recently introduced AR-style “platforms.” To that I suggest that Mr. Remington, Mr. Ruger, Mr. Smith, Mr. Wesson and – okay, there is no Mr. SIG – would all raise an eyebrow at this trend and probably say, “Hello? Can we please do our own original work in coming up with something really, really new and different?”

Sure, there’s understandable profit motive in jumping aboard the AR-15 bandwagon. But without real innovation, we’d still be using flint knives and there’d be no microbreweries. Is there really nothing completely new to be done in firearms design?

Really, guys – yet another AR-15? More Picatinny blah-blah and modular ho-hum? Yawn. There hasn’t been a truly successful, groundbreaking, new invention in firearms since, when? The 1980s? You’ve all developed highly original and successful designs in the past, so c’mon you naughty gun makers, put on your thinking caps – WWJD: What Would John (Browning) Do?

So there you have it.  Guns.com’s naughty list for 2011—for all parties involved, know that we only critique those whom we love and respect.  And you should, too.  Who made your naughty list this year?