Over the years, Los Angeles County has done its best to keep law-abiding citizens from carrying concealed firearms.

The City of Los Angeles, in particular, has a notorious reputation for denying and rejecting licenses to carry concealed weapons (“CCW”), despite the fact that multiple lawsuits have been filed over the years against the city to challenge its arbitrary CCW licensing procedures, stonewalling tactics, and bureaucratic obstruction.

To best understand the long held position Los Angeles has taken with respect to CCW permits, one should examine an issued statement released by the city circa 1974.  The language in the statement, entitled “Board Policy Concerning Licenses to Carry Concealed Weapons,” reads:

By operation of California law, Penal Code Section 12050, the Board of Police Commissioners has discretionary authority to issue a license to carry a concealed weapon… However, experience has revealed that concealed firearms carried for protection not only provide a false sense of security, but further that the licensee is often a victim of his own weapon or the subject of a civil or criminal case stemming from an improper use of the weapon… For these reasons, considering the dangers to society resulting from possession and use of concealed weapons, it is the policy of this Board that ‘good cause’ for the issuance of any concealed weapons licenses would exist only in the most extreme and aggravated circumstances.

Although this statement violated the Penal Code Section 12050, it was the overt consensus amongst city officials, the LAPD and their affiliates up until 1992 when a lawsuit was filed, Lake v. City of San Fernando and City of Los Angeles, challenging the “Arbitrary practice of denial without a legitimate basis, despite meeting all of the required requisites to obtain a carry concealed license.”

The result of the lawsuit was really more of the same.  The only difference being instead of flat out admitting they didn’t want Los Angeles residents to carry concealed firearms, city officials allowed the “Criteria for Licensure” to speak on their behalf.  That is, they stipulated what “good cause” means.

What is “good cause”?

Another product of the Lake lawsuit was the establishment of a Citizens Advisory Board to oversee the LAPD’s processing of applications to ensure compliance with the newly stipulated Penal Code.  The Board would make recommendations and suggestions regarding whether the LAPD should reverse its denial of a CCW application.  Ideally, it was supposed to police the police on their CCW procedures.

The Citizens Advisory Board had little effect on changing the status quo.  The stringent stipulations and the widely held sentiment amongst LAPD officials that law-abiding citizens should not have CCWs prevailed.  More lawsuit were filed against the LAPD, but little changed over the years.

To give one an example of how bad it is, the city of Los Angeles has approximately 4 million citizens, with some 300 CCW applications being made each year, LAPD has only granted 24 active CCWs, according to a report in Ammoland.

Now, the NRA, in conjunction with CRPAF, has pursued two new legal actions to compel the LAPD to start honoring its legal obligations to issue CCW permits.

The first legal action is to force the LAPD to reinstate its agreed-to policy of providing applications and copies of its written policy at all LAPD station houses, something it has neglected to do over the years.

And the second legal action is a new lawsuit, Davis v. City of Los Angeles.  The nine plaintiffs in this suit have all been subjected to the same stonewalling tactics and mistreatment as previously rejected applicants (the ones who filed similar lawsuits), i.e. failures to respond to inquiries regarding the status of applications, failures to acknowledge the availability of the Citizens Advisory Review Panel as a method of appealing denial, and failure to give any weight to recommendations by the Citizens Advisory Review Panel.

As a result of those two new legal actions, earlier this month a Los Angeles Superior Court Judge ordered the City of Los Angeles to produce documents relating to the LAPD’s policies and procedures for processing applications for CCW permits.

What will come of all of this?  Well, to be honest, probably nothing.  The LAPD is not going to make it any easier for applicants to receive CCW permits (it still believes in that 1974 statement).  These new legal actions will most likely take several years to adjudicate.  And no matter the results, there will be more of the same: more stipulations, more stonewalling, and more non-compliance on behalf of the LAPD.

The only real promise for change in LA County with respect to CCW applications is for the Supreme Court to finally rule on whether self-defense extends beyond the home.  Until that happens, Los Angeles residents will continue to be denied their Second Amendment rights. 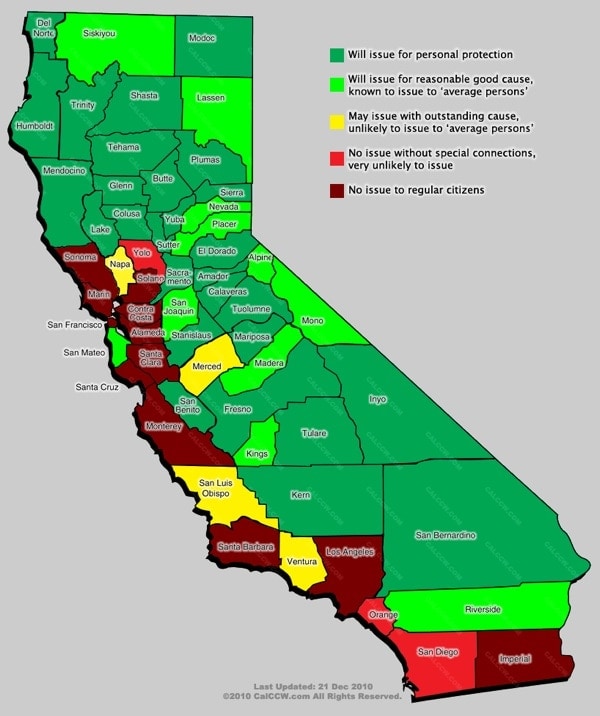