What's Next for Knight's Armament in 2012

Knight’s Armament is well-known for their extremely high-quality small arms, and most notably being the maker of the M110 Semi-Automatic Sniper System, the heavy-barreled, suppressor-ready rifle that is currently replacing the M24 rifles issued by the U.S. Army, as well as the Marine’s M39 and Mk 11 sniper rifles.

The M110 is already in service and it’s doing it’s job superbly. 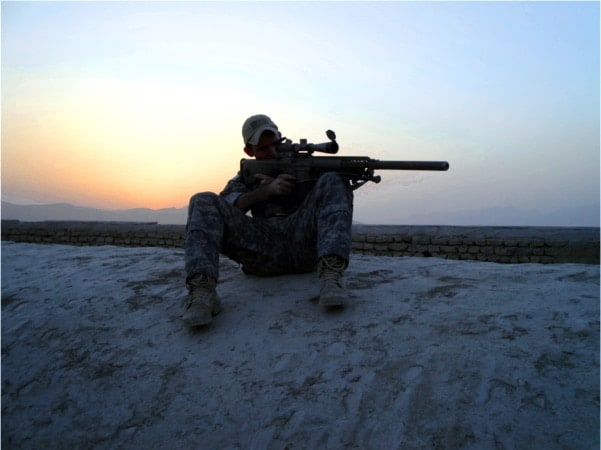 “To whom it may concern,

“Just wanted to say thank you for building a platform as useable and amazing as the M110. This sniper is forever in your debt. My entire deployment was spent on a sniper team and your SASS was by far the best all around tool we used. I could actually say without the capability you have added to my team this sniper might not be with his family now. Thank you in all you do and for having the initiative to field such a tool. I cannot say thank you enough.

It’s safe to say both of you deserve thanking.

Although Knight’s Armament certainly has no plans to stop making M110s, they do have plans on making a few other new guns.  These ones. Well, if you can’t decide whether or not to invest in silver, gold, or guns, you can at the very least start investing in silver and gold guns.  They also have a series of some pretty graphics that they have no idea what to do with.  Posters, T-shirts, coffee mugs… tell ’em what you want here. They are going to be at this year’s SHOT Show in full force.  Here’s a teaser of the seven new models of rifle they’re going to bring into production. 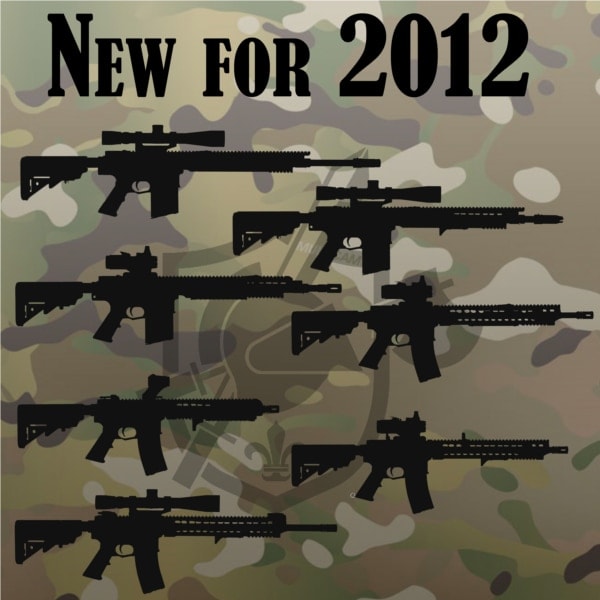 Looks like three AR-10-based rifles, a new carbine-length AR-15/16 or M4, something with a nice, long barrel, and a couple of SBRs.  Rails out the wazoo on the lot.  We, like everyone else, are gonna have to wait ’til SHOT to find out more.

What do you want to see coming from the minds and machinery at Knight’s armament?  6.5 Grendel?  300 AAC Blackout?  Or just an M110 to call your own?