Deck out Santa in Guns and Gear

I was going to ask you for an M249 SAW with one million rounds of Hornady Zombiemax ammo to be ready for the zombie apocalypse. And I really, really would like one of the U.S. Army’s new Remington XM 2010 sniper rifles in .300 Win Mag just because I’m a true believer in the long range first shot.  Hitting the X at a thousand yards is very zen.

I thought about asking for a new handgun, maybe a Bushmaster Carbon 15 Type 97S, even though it isn’t a “real” you know, handgun handgun, or maybe a .50AE Desert Eagle in an ankle holster.

But I love my M1911s and have even got an old fashioned “Colt’s Revolving Pistol” lying around so I don’t really need another handgun.

A few cases of match ammo for my existing guns would be more practical than a new toy because I have not yet reached perfection or even High Master classification with the guns that I already have.

Yet, I ask for nothing for myself, Santa. Christmas is a time for giving, and all I ask is that you give gun gifts to others so that they too may know the joys of shooting.

First on that list should be you, Santa.  Your own self-defense is of paramount importance to the sanity of the world and you have a very dangerous job, stealthily entering homes without a warrant in the middle of the night to spread Christmas joy and it’s mine (and Guns.com’s) opinion that you should be packing: 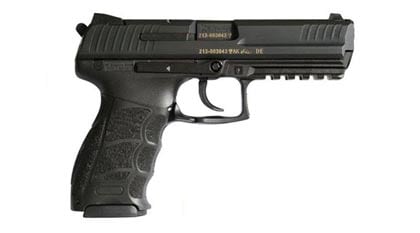 For you I want an H&K P30L in .40 S&W and fitted with a combo frame rail mounted Surefire X400 flashlight and jolly red laser sight because I know you go into a lot of dangerous neighborhoods and down many chimneys into “unknown risk” households in the darkest hours.

You can’t be too careful.  Be sure to carry spare magazines in a TUFF 8 In Line mag pouch on that shiny, big black pistol belt of yours. 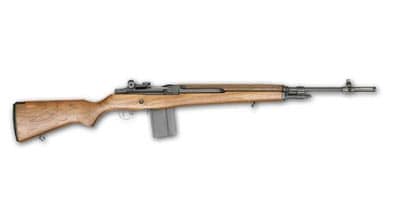 Then again, you’re so perennially fat that you could conceal an M-1A in your waistband, so why would you carry a pistol?

Springfield Armory’s SOG has a shorter barrel for enhanced chimney entries, but remember to point the muzzle down the chimney when you make your entry, for obvious tactical reasons.

For CQB you’re probably better off with a Para USA TTR SBR 5.56mm carbine, because it’s even shorter overall and the SOG’s 7.62 round for in-house fighting is really overkill anyway; the rounds penetrating bedroom walls could terminally interrupt those dreams of sugar plums dancing in innocent heads.

On second thought though, 5.56 rounds would overpenetrate flimsy apartment walls too, so maybe a retro M712 (C-96) Broomhandle select-fire c would be even better; that way you get both full auto and the handiness of a short pistol barrel. Softpoint 100gr Speer bullet handloads in the .30 Mauser caliber would be a far better choice than the normal 86gr FMJ load for stopping power, though. Yeah, the barrel twist rate is a bit slow for perfect bullet stabilization, but it’s good enough for in-the-room stops.

One thing I’ll say though is to mind the muzzle flip, Santa – it can be a doozy because there’s, like, zero weight out on that skinny barrel. Trust me. 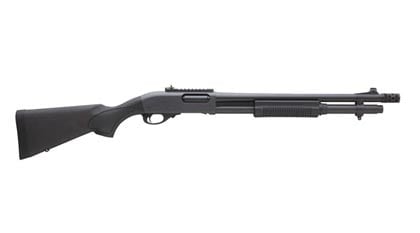 Don’t forget a Remington 870 shotgun with a Vang Comp Tactical Breaching Device for those homes that don’t have chimneys.  You might have to blow off door locks or hinges to gain entry for placing gifts under the tree for good little boys and girls.

Attach a Mesa Tactical aluminum SureShell ammo carrier to the left side of the receiver for quick reloading. You could keep it in a Tufloc Single Gun Rack attached to the sleigh’s dashboard, like a lot of cops do, since an overhead rack isn’t an option for you. 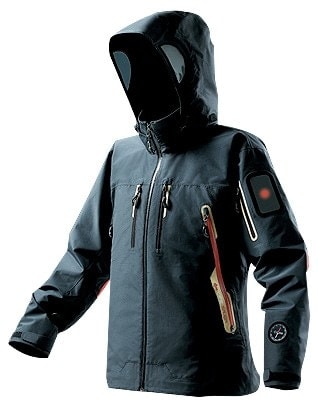 And have you ever thought about a Gore-Tex coat? It works a lot better than flannel with fur trimming; my Alaska trips made me a believer, and that’s in your neighborhood. I don’t know if anyone makes a red Gore-tex coat, so you might have to compromise with maybe an orange camo pattern.

With these tools Santa, you’ll be equipped to deal with any imminent threat in the world (in your case, literally the entire world).  Also, I know you like to give, so if you really want to bring me something, it’s this.

I didn’t get an elk this season and I wasn’t drawn for a deer tag either, and so if maybe you’re finally thinking about retiring Blitzen or Comet (they gotta be like – what? – a hundred years old?), or if the new generation of LED headlights has made Rudolph obsolete, well it can’t be cost effective for you to ship expensive hay up there to feed ‘em for nothing and I’ve got, you know, an empty freezer and all… just think about it.

Thanks, Santa. Carrot sticks & ammo on the mantle.

We gave Santa the Blackwater treatment, now it’s your turn.  Tell us what guns and gear you would like to see Santa packing in our comments section.