A while back a platoon of Marine snipers requested a new kind of pack.  A lightweight combat pack, something that puts simplicity above modularity, and something with an easy-access magazine pouch.  Predator Intelligence, Inc. delivered with the Combat XII Pack.

The whole thing weighs less than two pounds, without giving up much at all.  The pouches are all simple without a ton of compartmentalization, and there’s only webbing on the sides. 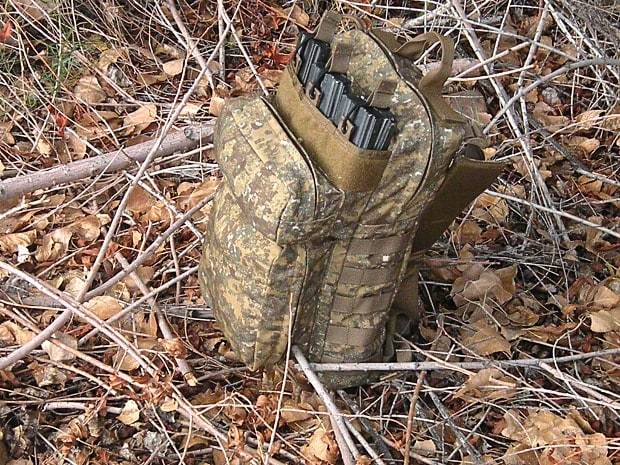 That’s actually one of the design requests; webbing can be a real issue in a lot of environments and by keeping it just on the sides, the pack maintains a pretty sleek profile.  There’s a pouch at the top for six 5.56x45mm magazines or four 7.62x51mm mags, that you can access pretty freely, a main compartment that can hold to two three-Liter water bladders with a little room to spare.

It’s also got a top carry handle that conceals two ports for hydration pack tubes.  Two rear pockets provide capacity for additional mags and whatnot.  There’s one strip of loop fastener along the rear of the magpouch for whatever you want or need to stick to the pack. 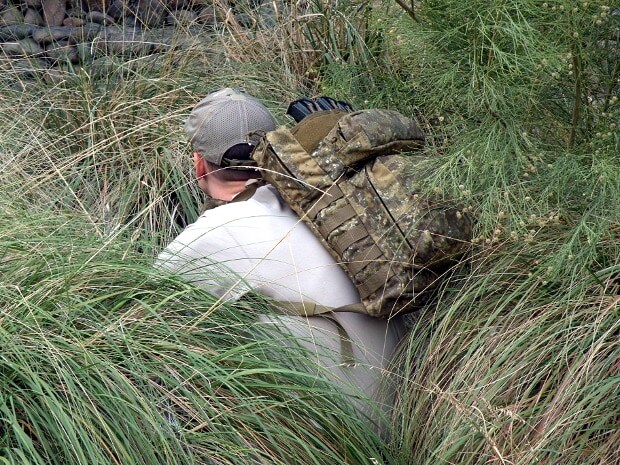 A unique feature carried over to the Combat XII Pack is that you can directly mount the pack to an armor carrier as well as use the pack’s straps, to spread out the load.  These packs have made their way all across the world now.  They’re a bargain at $140.

And Predator Intelligence is rolling out an updated version, called the Combat XII-MEC Pack. 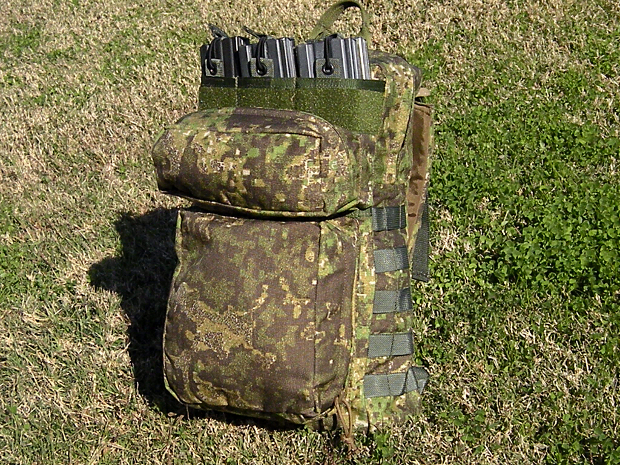 It uses an enhanced camo pattern that’s just recently made its way to the United States, designed by the British camouflage design company Hyde Definition.  This PenCott family of patterns were recently submitted in response to the U.S. Army Camouflage Improvement Solicitation, and these packs will be available in Sandstorm (tanish brown), GreenZone (brownish green), and Badlands (tanish brown-green).

This pack is being offered exclusively by PredatorBDU.com, which also carries the original Combat XII Pack in A-TACS, MultiCam, and Coyote. The new pack will only be offered in the three PenCott patterns, which we have to admit, really do blend in very well. 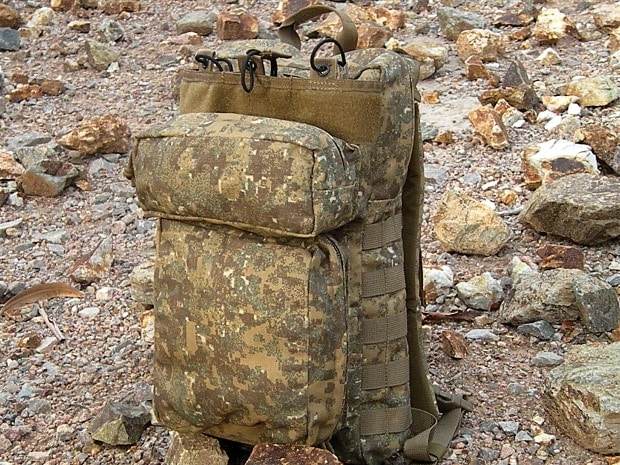 Oh, and bonus: free shipping to the U.S. and to APO/FPO addresses.  They definitely know which side their bread is buttered.  But this type of pack clearly has it’s appeal and it’s not limited to the military.  A lightweight, smallish, simple pack will make a lot of people happy.