What's the Best Gun for Taking Down Magic, Flying Reindeer?

So there I was, mucking through one of the more tedious tasks my day job requires of me when a quick check of my personal email (come on, who doesn’t do that at work from time to time, or in my case compulsively) revealed a new message from the editorial crew at Guns.com: “How would you like to write something on the best guns for hunting reindeer.”

No problem, I thought. Caribou are a kind of reindeer and there are literally volumes of information out there on the best guns for hunting them.

That evening, I went home, did a little research, and churned out an informative albeit dry article on various rugged, bolt action rifles chambered in flat shooting rounds designed to reach out across hundreds of yards of frozen tundra and down an animal that can weigh up to 700 pounds on the hoof.

I touched upon numerous rounds starting with the classics such as the .30-06, 7mm Remington Magnum, and the .300 Winchester Magnum. I also touched on the potential of a few newcomers like the 6.5 Creedmoor and 6.5 Grendel, which could bring the AR platform into the reindeer hunting game.

I even talked a little about how the Savage 11/111 Long Range Hunter chambered in .338 Lapua Magnum might be a great caribou platform, if such a round is legal for hunting where such beasts roam. Yeah, it’s maybe a little on the overkill side, but the .338 Lapua is just too badass not to mention. 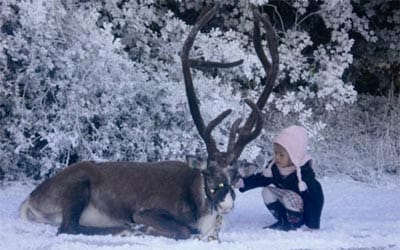 I gave the article a “once-over” for grammatical and factual errors and sent it off to Guns.com, only to have it sent back to me inside an hour.

“Yeah, that’s not quite what we had in mind,” read the email. “We were thinking more along the lines of Rudolph.  You know, the kind that fly and haul Santa around on Christmas Eve?”

This is certainly going to complicate things, I thought. In fact I was pretty sure that such a creature never actually existed.  I also knew I needed to conduct more research, so I turned where every member of my generation turns when they need information, advice, or to see a movie weeks before its official release date: the internet.

While it’s a known fact that online communities are largely cesspools of vitriol, racism, men posing as women, and outright bat-crap insanity (except for the communities and forums at Guns.com of course), I figured it couldn’t hurt to put the word out on the web that I needed a little help with my flying reindeer gun article and see what came out of it.  Being cheap, I put out a craigslist ad that read:

Help! I’ve been assigned to write an article on how to hunt flying reindeer and I’m way out of my league. I need someone with experience in the art of mystical reindeer hunting to point me in the right direction. I can’t pay you for your time, but there is a six pack of beer in it for anyone with good information.

As expected, most of the replies I got were broken English pleas for help from African royalty who needed help getting their vast fortunes to the US, angry emails from animal rights types, and a few solicitations containing descriptions of acts so depraved that I’ll need decades of therapy to purge knowledge of their existence from my memory.

One reply, however, stood out as being potentially useful, but the brief and cryptic nature of the email left me suspicious. The gist of it was I was to bring a handle of Maker’s Mark and a bag of venison jerky to a specific park bench at exactly 10 a.m. on a Saturday. If my contact had even the vaguest suspicion I was being followed, the deal was off.

While it was probably not the safest decision I’ve ever made, I am nothing if not dedicated to my craft, so I obtained the appropriate spirits and snacks and was sure to be at the designated location on time. After a short wait, I was joined on the park bench by and elderly man of portly stature.  Judging by the long vertical scar that ran from above his left eyebrow, and down his cheek until disappearing under his neatly trimmed white beard, this was a man who had been in a scrape or two. Yet, in spite of this apparent “world-worn-ness”, there was an inexplicable air of joviality about him. Before I even had a chance to introduce myself, he spoke:

“You want to know about hunting reindeers, do you? What you don’t know could fill a book; you’re out of your league, boy. Flight capable reindeer were employed on both sides in the War for Christmas Town.”

“Excuse me,” I said. I couldn’t contain myself and I didn’t want to laugh in this poor, crazy man’s face so I just quickly got up to leave but he grabbed a hold of my jacket sleeve. Firmly (yet somehow “nicely”) he pulled me down to my seat.

“Now just sit there and listen. You might learn something. You’re talking about the apex of military hardware, and you probably think you can bag one with your grandad’s M1 Garand.”

He was sort of right, so, in the interest of common courtesy, I did as I was told and listened to his story.  To my surprise, the fat man turned out to be one of the greatest yarn spinners I have ever come across. 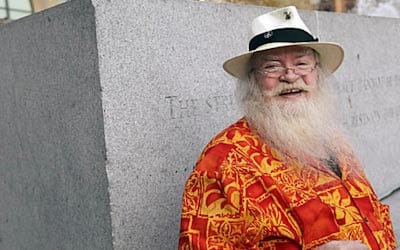 According to him, various unnamed intelligence agencies, involved in both sides of the War for Christmas Town, saw to the flying Reindeer’s weaponization.  Long story short, flight-capable reindeer, or FCRs as I found out “they” call them, turned out to be good for more than just annual gift distribution. Loaded up with everything from heavy auto-cannon and hellfire missiles to bunker busting munitions, flying reindeer make exceptional aerial weapons platforms, filling combat roles from close support to offensive strikes against hardened sites.

“Further, even when fully armored, the FCR presents a minuscule radar signature, rendering most forms of guided munitions ineffective,” the old man finished and then became silent, staring off at some point far off in the horizon.  I stared too alongside him, trying to digest all this information.

“It ain’t easy.  Official protocol is to actually equip other FCRs with antiaircraft loadouts. Reindeer are natural dogfighters and when loaded up with a 20mm M-61 electric Gatling gun, they’re formidable as hell,” said the fat man.

Having never seen a flying reindeer before in my entire life, and having no idea how to procure them, I pressed the old man farther.
“What about if you don’t have any of your own FCRs available?”
“That’s when things get ugly,” the fat man replied. “I remember just after we liberated the Island of Misfit Toys, we were expecting a counterattack, when the biggest storm I have ever seen hit and air control grounded our entire FCR fleet.  We didn’t even have reindeer to fight off the reindeer!”
“What did you do?”
“What we did have was a Phalanx CWIS system rigged up on that island, but as I said earlier, any sort of radar guided weapon is pretty useless against reindeer.  Still, those things put out a real hail storm of fire and we figured even shooting blind would down a few enemy.  Especially since reindeer can get pretty disoriented around flashing colored lights.”
“Wait. What?”
“Yeah.  They’re attracted to them.  Oh, you know the song.”  He hummed a couple of bars and then sung in a warm voice, “…with your nose so bright, won’t you guide my sleigh tonight.”

“Huh. I guess I never really thought about it.” 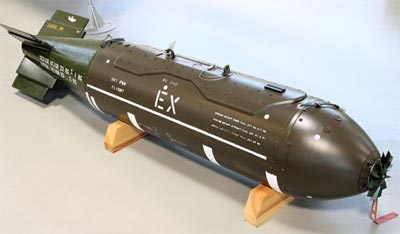 “Anyway, our ace in the hole turned out to be a handful of CBU-72 thermobaric cluster bombs we captured when we re-took the island. It’s all in line with their disorientation among bright lights they experience: an FCR’s greatest weakness is that when you get down to it, they’re just living, breathing animals. Thermobarics really do a number on a set of lungs, be they human or reindeer.

“How?”
“So, basically, all we did was rip apart the larger bomb and suspend the 100 pound the sub-munitions around the likely jump point using old weather balloons of all things. We rigged them to detonate by radio signal and crossed our fingers. When we started seeing flashes indicating a jump, we touched the whole damn thing off and had enough grilled venison raining down on us to feed our troops for a week. It was a real turning point. “
He stopped and cleared his throat.
“Anyway, that’s about all you need to know about reindeer hunting,” said the fat man.
I was at a loss for words. Childhood images in my mind of elves making wooden trains in a quaint workshop and eight tiny reindeer pulling a little red sleigh had been incinerated by the burning ethylene oxide cloud that was the socio-political situation at the North Pole.
I gave the fat man his Maker’s Mark and venison jerky, and thanked him for his help.  Figured, it was at least a good story.
I went home, wrote my article, emailed it off to Guns.com and proceeded to take down my Christmas tree and all of the lights I had painstakingly stapled to the eves of my home just after Thanksgiving.  Call me crazy, but I had the feeling that after listening to that man’s story, I’d never be able to look upon a mall Santa without feeling at least a little bit of horror.