If you steal firearms, you should be put in jail for a long time.  There’s no two ways about it.

And the reality is, there are a lot of gun thieves out there.  According to Mayors Against Illegal Guns, almost 600,000 guns are stolen each year from private homes.

Even if one rejects that figure because it comes from a questionable source, he/she can’t deny the fact that stolen guns present a major problem for the gun community.

See, as we all know, gun-control advocates do not differentiate between an illegal or stolen gun used to perpetrate a crime and a gun that was legally purchased and registered to a law-abiding gun owner who then went on to commit a crime.

The reason being is that there are many more examples of the former than the latter.  By and large, responsible gun owners do not commit crimes (of course, when it does happen, when an otherwise law-abiding gun owner flies off the handle and commits a crime, it’s publicized like crazy).

Nevertheless, and despite all the evidence to the contrary, gun-control advocates often lobby for legislation that is written in a way to impair and/or restrict the rights of law-abiding gun owners.

Which is why it’s rather refreshing when one reads about laws that are written or judgments that are rendered that target and/or punish the criminals and gun thieves responsible for the vast majority of gun-related crimes. 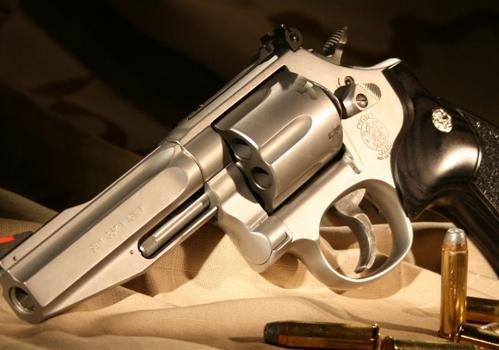 The most recent example of this is when the 3rd U.S. Circuit Court of Appeals ruled a few weeks ago that, despite established sentencing guidelines, those who are convicted of stealing firearms are subject to a sentencing enhancement for carrying a firearm during the commission of a felony.

The ruling concerns Jason Keller, 32, of Hyattsville, MD.  Keller pleaded guilty this past June to driving a stolen vehicle through the front door of FAZI Firearms and stealing 30 firearms in 2007.

Given the nature of the case, government prosecutors requested the firearm enhancement, which would “have given Keller a recommended sentence of five years and 10 months to seven years and three months in prison,” according to the Pittsburg Tribune-Review.

But federal prosecutors appealed the decision and won.  The 3rd Circuit Court overturned what was the established sentencing precedent and Keller was sent back to Judge Lancaster for new sentencing.

In short, Keller will do more time than he would have in the past for stealing firearms.