In recent years, there’s been a push across these United States to strengthen the self-defense rights of law-abiding gun owners.  We’ve seen states like Wisconsin and North Carolina pass legislation that amends their respective ‘Castle Doctrine’ laws.

In both cases, subjective requirements such as establishing ‘reasonable belief’ of imminent harm before one can lawfully use deadly force were replaced by more clear-cut language, which includes the ‘presumption’ that if an intruder is in one’s home, that intruder intends to commit an unlawful act involving force or violence, therefore deadly force is justified.

Now it appears that the Evergreen State is making a push to see if it, too, can expand self-defense rights for Washingtonians.

And the man leading the charge is Marty Hayes, a veteran firearms instructor and founder of the Firearms Academy of Seattle.  In a plea to his fellow Washingtonians, Marty articulated the need for change via the ratification of Senate Bill 5418:

Folks, this is VERY important.  It is imperative that we law abiding armed citizens support this new proposed legislation, and furthermore, it is vital that you contact your own State Senator and ask them to co-sponsor this bill.  This is what occurred: in 2005, the Washington State Supreme Court nullified our castle doctrine law in Washington state, taking away our per se right to use deadly force against persons breaking into our homes, and replaced it with a generalized “necessity based” use of force scheme.  In other words, you must make sure the burglar is placing your life in danger before shooting.  I don’t know how a homeowner accomplishes this without further endangering his or her life, so that is the problem.

SB 5418 would change the law so that deadly force is justified when an intruder unlawfully enters one’s home, place of work, or vehicle.  No ‘reasonable belief’ of bodily harm or injury needs to be established, it’s presumed.  The new language states: 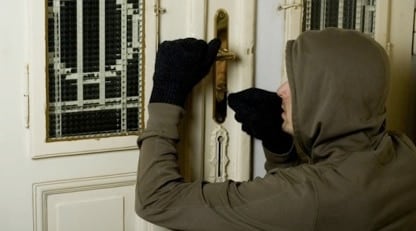 (1) A person is presumed to have held a reasonable fear of imminent peril of death or great bodily harm to himself or herself or another person when using deadly force pursuant to RCW 9A.16.050(1)(c) if:

Of course, there are obvious exceptions to the law.  For example, one cannot use deadly force against a law enforcement officer who is conducting a legal search of one’s property.

Thus far, SB 5418 has garnered the support of several state lawmakers.  But, certainly, more are needed to see that it passes through the state legislature and becomes law.  If you live in Washington, you may want to heed the advice of Mr. Hayes and urge your local representative to sponsor the bill.