Childproofing Your Home with Guns Around

When my wife and I realized we were going to have a child I had to come to grips with the idea that things were going to change.  And boy did they ever. That first year my son crawled around I was relatively safe or so I thought. I always kept my guns locked up in my safe with the exception of my personal defense gun which was secure, but where I could still get it in a hurry. Fast forward to today and I now have a toddler who prefers to run everywhere.  His fingers are also now nimbler than a jewel thief’s, so it came time to rethink my policy about keeping not only my guns but anything even gun related out of reach of ten sticky fingers.

It should go without saying that if you have guns in the house and very young children that they should be kept locked up in a sturdy container (like a safe) and the key secured out of reach of anybody but yourself, but I’ll say it anyway. And understanding how a child could hurt themselves with your guns can a go a long way to preventing them from hurting themselves with your guns. 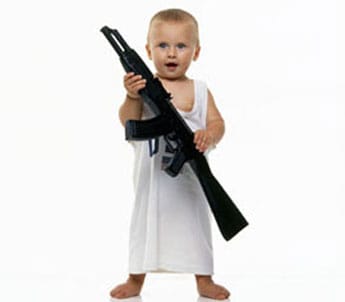 A good many of the tragic shootings involving young children are in fact self-inflicted and this is because a toddler’s thumbs are stronger than their other fingers.  What happens is this: the child cannot pull the trigger easily, so they turn the gun around with the barrel facing towards them in order to use both thumbs.  This is something that should never happen and which often gets left out of the newspaper story. Instant access trigger locks like those from Pro-Lok can prevent such a thing from ever occurring and their immediate unlock feature is a good compromise for folks who still want that nightstand gun at the ready.

Simply keeping the guns secured at home works just as well too, but it’s important that you’re committed to this thinking.  You’re a parent now and as long as you’re kids are too young to protect themselves it is your duty to do it for them.  The best way to get in the swing of this is to make securing your firearms the standard protocol in your house—for the next twelve or so years, whenever you take your guns out to play, put them back in their toy chest afterwards. 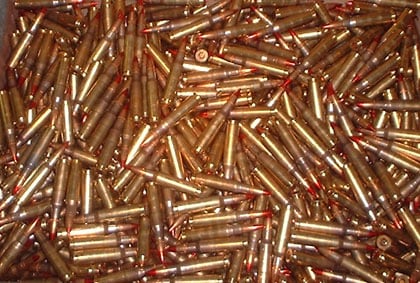 Ammunition is another thing that should be kept out of reach of children and this is especially important because it’s something I’ve noticed many folks take more of a cavalier attitude towards when it comes to just leaving it lying around the house. The last thing that you want to find is a kid playing on the floor with a box of loaded rounds, and believe me I have actually heard of this happening. Toddlers like to put just about anything in their mouths, bullets can look a lot like candy to them and it doesn’t take much for small throats to choke.  Older children may be inclined to experiment with live cartridges, increasing the unlikely chance of primer ignition.  Those watertight marine boxes sold at the local sporting goods stores work well and they can also be locked—something like this is basically where you should be storing your ammo anyways. 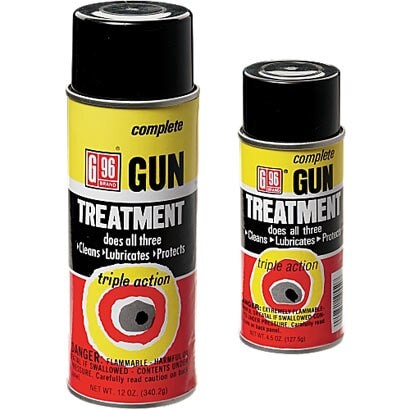 While much is made about securing guns and ammunition, we rarely hear mention of safety when it comes to your gun cleaning supplies. This stuff has just as much if not more of a chance of killing little kids than a gun and cleaning solvents like Hoppes will, in the best case scenario, make a child violently ill if they ingest some. Like with my ammo, I also use a lockable toolbox for all of my cleaning supplies and I suggest you use the same.

For added security, keep this box clean, throwing away any used rags, and swiping down any instruments after use to remove any residual lead or excess solvents.  Everything else in the this box should be kept in tightly sealed containers.

So keep your little ones protected by keeping your guns and all of the supplies out of reach. Nothing is more heart wrenching to hear a life was lost in a way that could have been easily prevented, and nothing is more heart warming than to hear the laughter and see the smile of a small child. Keep them safe—the future of hunting and shooting depends on it.