Guns.com asks, What Will 2012 Bring Us Shooters?

I was asked the other day what I thought was going to happen next year with guns and ammunition. Are we likely to see another spike in prices like after the November 2008 election that seemed to go on for months and in some places still seems like it is going on? Who is to say, but here is what I think might happen.

The Presidential election of 2012 is going to be one of the most important that us shooters have ever had, even more so than the 2000 election. While I believe the election will cause some ammunition prices to rise, I think it is more likely that you will see the prices go higher because of the possible threats of violence that continue to grow out of foreign and domestic threats. If Obama wins, ammo prices will go up and there will be a run on ammo.

Still, there are other reasons why ammunition prices and availability continue to be spotty at best. There is a war still on in Afghanistan and one can only guess how many millions of rounds of .223 and 9mm have already been expended in that conflict as well as in Iraq. In addition, the large contracts here at home have taken away ammunition for the private shooters. In 2009 Winchester was awarded a contract by the bureau of Immigration, Customs and Enforcement to produce two hundred million rounds of .40 S&W in five years, all for LEO and defense use. 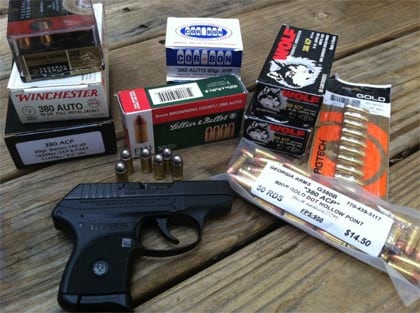 Popularity also affects the prices and availability of firearms and the ammunition. Right now I find that you can find the occasional Ruger LCP pistol but .380 ammo (at least in some areas of the country) is like hen’s teeth and when you do spot it, it’s certainly priced at a premium.

Another wild card that some people seem to be keeping an eye on in addition to the November 2012 election is the fact that some people truly believe the world will end in December of 2012 according to the Mayan calendar. While I believe some smart Mayans just got tired of writing out calendar spots and decided to call it good enough, there are many, like the Y2K scare, that will feel the need to be prepared and will buy accordingly. Personally I cannot figure out how much ammo one needs if the world ends and we all die anyways.  But hey—ammo is nice to have.

So what to do? I would stock up on ammunition but not because of a panic. Panic buying only gives some in the business a reason to crank up the prices. Buy a little here and there as your budget allows and shop around for the best prices. I tell people to buy what they think they want to have on hand, not what someone else tells them to. 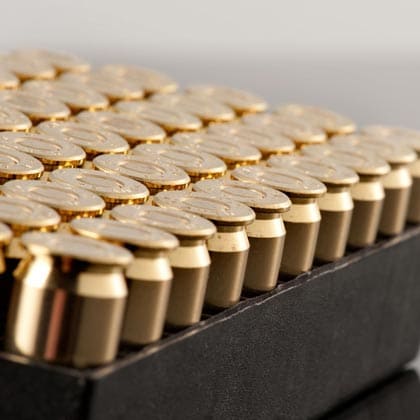 As far as firearms, beware the jump in prices like we saw on some rifles and handguns that went for well over retail around 2008. Someone out there is always willing to sell it for less. In the end any fluctuations in price might all be for nothing, but I do think there can be some issues in the coming year or so when it comes to gun, specifically bans on certain products, so make wise purchases.  If you think you might not be able to get it in 2012 and beyond, make your move today.

I certainly don’t have the answers, but a lack of clarity doesn’t mean we have to run around like Chicken Little. Be sensible, keep your head and you will keep more money in your wallet where it belongs.

This is what Guns.com’s own Shooterdamus, David LaPell, prophesizes will affect shooters post 2012.  What do cards do you think 2012 holds for us gunnies?