A couple of days after leaving Debs and Andy in Auckland, I was in the tourist center of Rotorua. It’s a beautiful area, with great mountains, lakes and geothermal activity, a substantial Maori cultural area, lovely parks, a redwood forest, excellent cafes and shopping opportunities. There’s plenty to see and do.

And after doing and seeing plenty of these things, I decided to try calling another contact I had concerning New Zealand shooting sports, a man named Don Perry. Don is a driving force behind the local shooting club, and one of the major players in bringing the 2013 Australasian IPSCAA pistol championships to Rotorua.

Don answered his phone. Debs had told him about me, and he had been hoping that I would call. “Where you at?” he asked.

“At the Holiday Inn. Tell me where to go, and I’ll get a taxi out to the club.”

“Don’t be absurd. That’d cost you a small fortune. I’ll be there in ten minutes.” 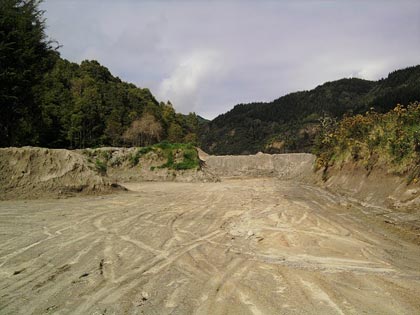 He pulled up at the front of the hotel in a nice truck. Out the open window he smiled and told me to hop in.

I got in his truck and we shook hands. “Thanks for the lift.”

“No problems. Glad you could make it.”

We drove out of town, heading southeast, and along the way we couldn’t help chatting about guns and shooting. Don owns one of the larger firearms-related businesses in New Zealand and we compared notes on a number of different guns we’d shot. The drive was gorgeous. The club isn’t actually that far from Rotorua proper, but somehow far away enough away from everything. This is a good thing.

Why? Well, ranges in New Zealand face some of the same problems that ranges here in the U.S. face, as encroaching human populations create friction with established clubs and venues.

Luckily, the Rotorua Pistol Club was well away from any such encroachment—in fact, far from it.  In recent years, the club has undertaken a huge building campaign, expanding the size and variety of the range by an amazing degree which all started with a desire to host the Australasian 2013 IPSC Championships. When they have completed their expansion, they’ll have one of the foremost shooting facilities in the entire world. Seriously, what Don and the other members of his club are trying to do in preparation for the event is nothing short of stunning. 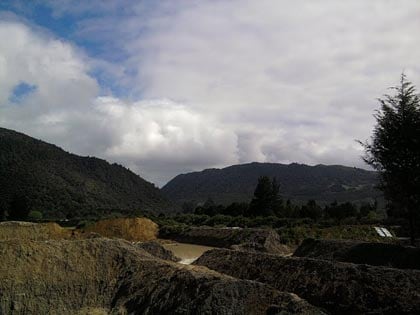 We got to the club, got out and started walking around. Don apologized for the place being a mess, because they were in the middle of construction. I told him not to worry about it – I grew up around construction, and my wife is an architect, so I’m quite used to walking through sites at different stages of development.

First we went into the clubhouse – a nice sized open-plan building with plenty of room for registration tables, lunches, that sort of thing. Don introduced me to another member of the club who was there doing some finishing work inside. We poked around, Don explaining how this or that was going to be expanded to handle larger crowds.

Then he said, “C’mon – the real expansion is outside, in the shooting areas.”

They’re hard at work to take a decent sized shooting range which originally included some short and medium range pistol areas, and turn it into this monster range featuring over 30 separate shooting areas. That will allow them to have all kinds of different shooting scenarios set up semi-permanently, and to use the different spaces to create special tactical challenges to keep things interesting for almost any event. He handed me a simple line drawing of the plan. Here it is: 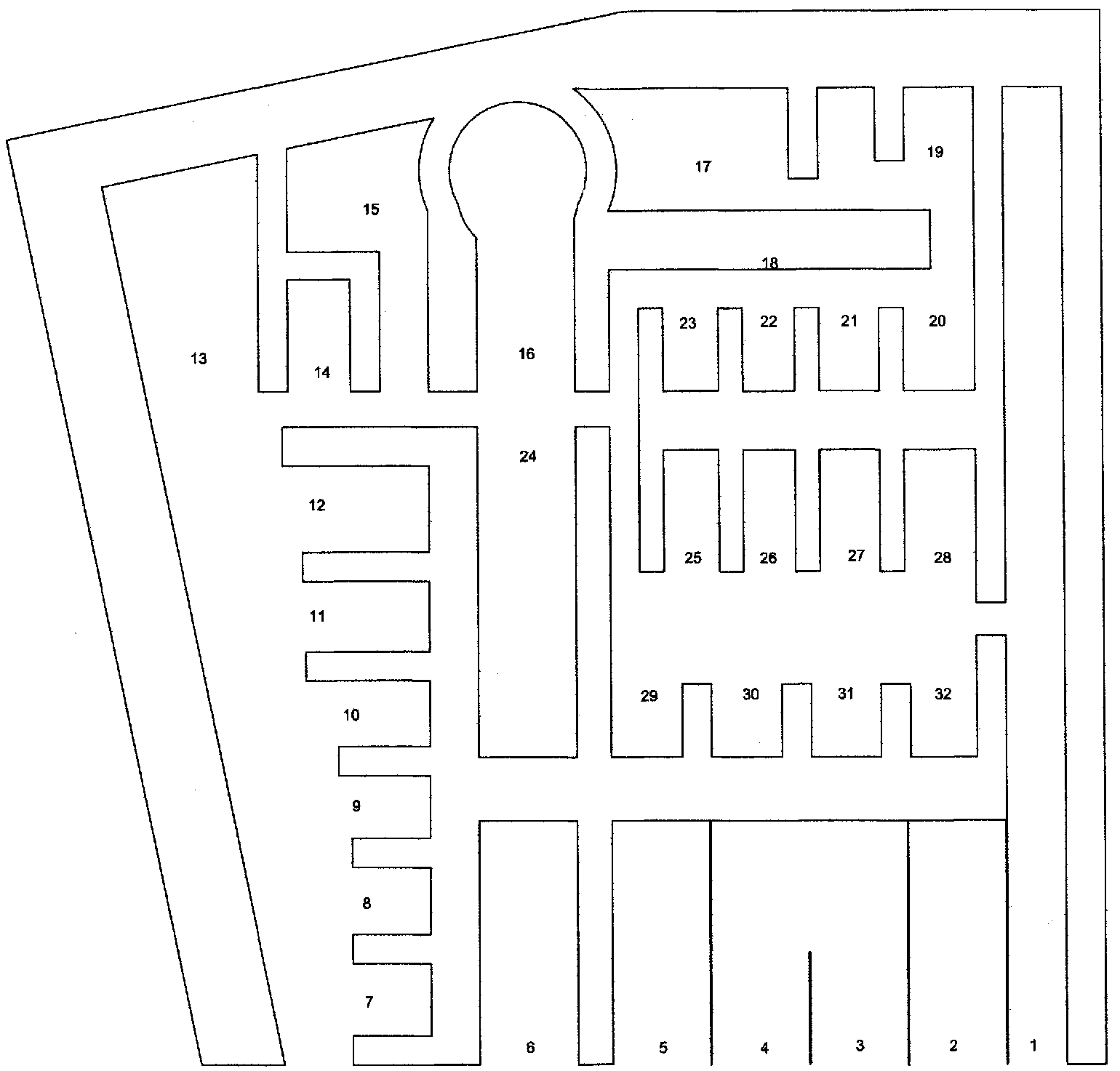 To give you some idea of the scale of this, take a look at the far right. See that long, narrow range marked #1? That’s a 200 meter rifle range. Yeah. #13 on the far left is 180 meters, if they want to use that as another rifle range. Or they can make use of the individual ranges that lead off it. Or they can have competitors walk down the range, dealing with different scenarios at each of the bays.

The same thing works in the other areas as well. No. 15 is built to include a sharp corner. Number 16 was built so that curved barriers can be used. You get the idea. This has enough flexibility that it offers almost an unlimited number of different ways the course can be run. 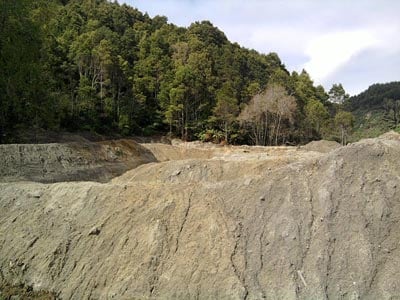 Just taking in the breadth of the project – building a truly state of the art shooting complex – I was reminded of a quote by Daniel Burnham, the official City Architect for the City of Chicago, who was responsible for the overall planning to rebuild following the Great Fire:

“Make no little plans. They have no magic to stir men’s blood and probably themselves will not be realized. Make big plans; aim high in hope and work, remembering that a noble, logical diagram once recorded will never die, but long after we are gone will be a living thing, asserting itself with ever growing insistency. Remember that our sons and grandsons are going to do things that would stagger us. Let your watchword be order and your beacon beauty. Think big.” 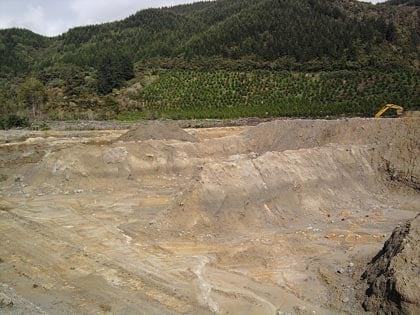 All of it will be in full compliance with the most stringent safety requirements. All of these different areas – all of them – have to have side and back earthen berms which are 5 meters (16 feet) high, in some places almost twice that. They’re lucky that the dirt that they’re working with is almost ideal for this sort of thing, being a very stable mixture of volcanic ash, clay, and topsoil. Furthermore, as you can see from the pictures, the club is in a valley, surrounded by very tall hills – with no building structures anywhere around.

We spent about an hour tromping around the site. Don readily admitted that they have a long way to go, but he is confident that they’ll be in good shape for the big championship in 2013, and have a number of smaller events scheduled through next year to work the bugs out as they go.

And after 2013? Who knows. They will have a world-class facility in one of the most beautiful locations imaginable, just outside a city already set up to meet the needs of a large group of tourists. It’s an impressive undertaking. And I imagine a lot of people would love to have an excuse to see New Zealand. I’d sure love to go back.