The Case for Hunting with Suppressors 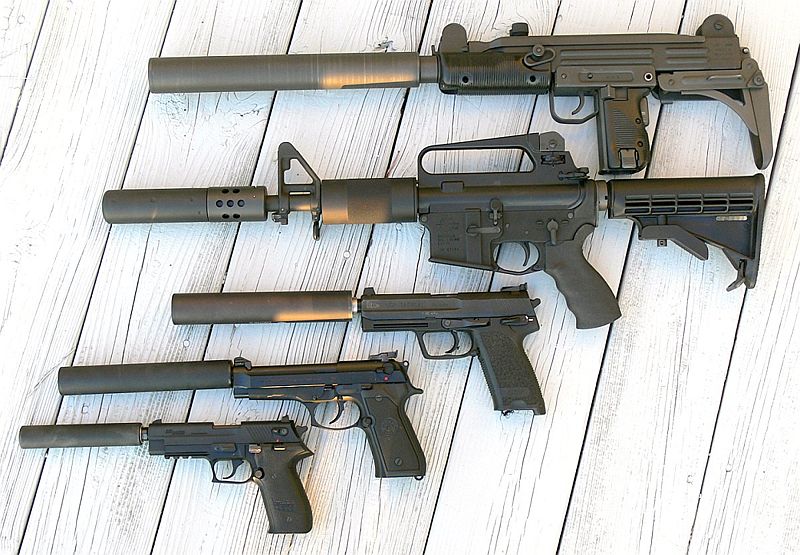 While common in places like New Zealand and some European countries, the use of a silencers for hunting here in the United States is rare but on the rise in areas where feral pigs… alright. Let’s just back up here for a minute for the safety of those gun trolls out there about to have an aneurism.

We know that “silencers” for firearms don’t actually silence anything. There is always going to be some noise when the trigger is pulled no matter how good your “silencer” may be. In truth, your silencer would more appropriately be called a suppressor, but Guns.com isn’t in the habit of calling something a silencer for 30 years and then having to switch gears.

By way of examples, a suppressed .223 round still sounds like a .22 Long Rifle round, and a .308 Winchester round is a bit louder than a .22 Magnum. While suppressors are legal to own in most states here in the US, you do have to complete a background check and pay a $200.00 fee to the tax man. From beginning to end the process may take up to three or four months, but what are the advantages for hunters?

The simple answers are, you won’t go deaf, the recoil may be slightly reduced and you may actually relax enough to shoot a little better as that thunderclap of noise and thump will be absent for the most part. It’s also, as alluded to in the cagey little intro to article, found a place among wild hog hunters who have found a quiet first shot often delays the inevitable “sounder stampede” when stalking boars, allowing for more follow up shots (with invasive hogs, the more pigs dead in the dirt the better). But there’s one important reason you may not have thought of that I can personally attest to this.

After going through some extensive surgery three weeks ago, I was sitting home alone and began to get some tingling sensations in my left hand and fingers. It wouldn’t go away no matter what I tried. I went to the computer and typed in “stroke symptoms.” Sure enough, that tingling sensation was some of them. While typing I got a really bad nosebleed, another stroke symptom, and something that rarely happens to me.

I panicked somewhat and got to the ER. Once there I was told that the nosebleed was due to the post-surgery blood thinners they had me on, and the tingling sensation was due to extensive crushed vertebrae on the left side of my neck.

What caused the crushed vertebrae? I shoot a rifle left-handed and after shooting .50 caliber rifles for almost four decades the doctors told me the only explanation was that shooting had taken its toll on my body.  For a lifelong shooter, the news that you can’t do one of the things you love the most in the world like you used to is devastating yet suppressed weapons allow me to continue to reach out and touch targets at 800 yards, well into my old age.  They can also prevent younger shooters from ending up in the same condition I’m in today.

The bottom line here is that getting a suppressor for your hunting rifle may not be a bad idea. You sure don’t want to end up like me, sitting in some ER afraid of what they’re about to tell you. They do reduce the recoil slightly, and it most definitely will help your hearing.

So then, how many of us are sitting on a small wad of cash ready to head to the local gun shop and fill out the necessary paperwork for the right to have suppressors? It’ll be too late for a Christmas present, but if you start now by the spring you could be doing some quiet hunting in the lower forty.