Our Withdraw from Iraq: Defeat from the Jaws of Victory?

It may be too early to tell, but the announcement from President Obama that all American combat troops will be exiting Iraq before the end of the year and their consequent mass withdraw seems like it could spell trouble ahead to me. Granted, the news is wonderful and we all should be rejoicing, but more questions remain and I feel there are very few answers available.

For one thing, there is the question of Iraq’s neighbor, Iran. That country is, in essence, run by a coalition of mullahs, the majority who have harbored long-standing resentments against Iraq when the then Saddam Hussein-controlled country invaded their Iran from 1980-88. Hussein not only invaded Iran, but also used chemical weapons or WMDs against their neighbors. 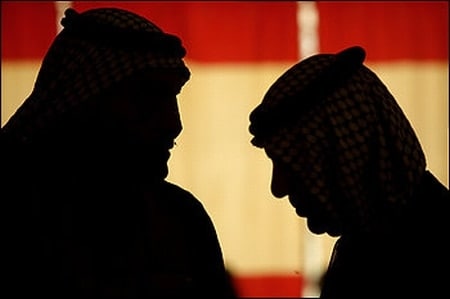 The other long-standing question is the conflict between the Sunnis and the Shiites and without a more concrete government in place, the 1,400 year-old feud between the two religious sects may soon be playing out on the streets of Baghdad. That, of course, raises the specter of a complete breakup of Iraq into several antagonistic states, with some backed by the Shiite-controlled Iran and the other influenced by other Sunni states, Saudi Arabia chief among them.

There’s more to this scenario though, because the face of who’s who in Iraqi politics has changed considerably with the “creation” of Kurdistan or whatever we’ll be calling Northern Iraq.  The countries third largest ethnic group, the Kurds, a people perhaps most associated with a bloody history of oppression and deportation at the hands of both the Iraqi and Turkish governments (a subjugation that continues to this day in various forms) seem to be the major success story of the Second Gulf War. With the toppling of Saddam regime, the largely Kurdish north has flourished and with three large territories prospering and boasting predominately Kurdish populations (and also territories that hold vast oil holdings), the future of the this area of the Iraq will lie solely in Kurdish hands after full American withdrawal. 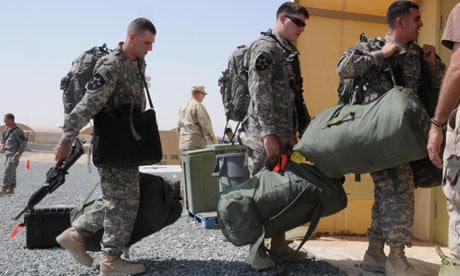 So, absent U.S. combat troops, will the remaining American-trained Iraqi troops be able to handle looming trouble with Iran and millennium old sectarian divides? The answer to that question is, to my thinking, a resounding no. And that scares me because the consequences worldwide could be dire.  A complete collapse in Iraq may well prove to be a haven for al-Qaeda terrorists with a close proximity to Israel and even Europe. And, of the oil? Well, we can only wonder. What is known with certainty is that the threat from Iran, a potential nuclear power with protégées in the Gulf states, northern Saudi Arabia, Lebanon, Syria and the Palestinian territories may well prove to be an insurmountable problem for this current administration during 2012 and on into the near future.

In the meantime we should all be celebrating the return of so many genuine American heroes, but we had better keep a close eye on Iran’s movements following our departure from Iraq.