The Defense Advanced Research Projects Agency (DARPA) has been brainstorming on ways to reduce overhead, cut spending, and close the gap on the delivery of its weapons systems and defense products.

In the process of brainstorming, DARPA researchers looked to the IT industry for ideas.  What they found was a framework that may help them to drastically reduce the timetable for the development of weapons systems, from 10 years down to two.

Lt. Col. Nathan Wiedenman, the agency’s Advanced Vehicle Make’s deputy program manager, explained to Federal News Radio both why weapons systems development programs tend to exceed their budget and why they take so long to complete.

The reason, he explained, was they (vehicles, defense products, etc.) have to be close to fully assembled before designers can see whether they work properly.

“So how do we currently design these big, complex systems? We do it the same way we’ve been doing it for over 50 years,” he said in an interview with Federal News Radio. “We break down the systems we need, typically along engineering disciplinary lines. This is a power system; this is a thermal system; this is a drive system, for example. And we make sure that all the parts are the best possible for their individual tasks. And then we put it all together, and we build it. After we build it, we test it to see if it works the way we expected. And of course, invariably, it doesn’t, so we have to go back and redesign, rebuild, retest and so on. That takes a lot of time and a lot of money to iterate like this.” 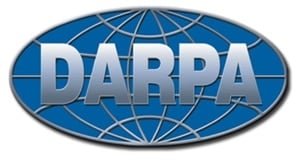 Obviously, in today’s high-tech business environment this trial-and-error-type operating model is antiquated.   Hence, DARPA’s desire to shift to a “correct-by-construction” operating model, which allows contractors and builders to forgo constructing a prototype and a bunch of successive test models.  Instead, a product or vehicle works the way it should the first time it comes off the assembly line.

“We’ve taken our inspiration from the integrated circuit industry, which went through this same sort of transformation about 30 years ago by building a set of design tools in the integrated circuit world called electronic design automation,” he said in the interview.  “Integrated circuit designers were able to create these kinds of correct-by-construction designs, helping to maintain a 24-to-36-month product cycle that has really helped to sustain the massive growth in that industry ever since.”

This new system of operating is called iFAB, or Instant Foundry Adaptive through Bits.  Software tools and technology would help to design a product based upon a project’s requirements in addition to providing key, extrapolative information that would help designers and builders address issues before they became major problems down the road.

To test the iFAB model, DARPA has partnered with the U.S. Marine Corps.  The first product to be designed under the new system will be an Expeditionary Fighting Vehicle (EFV), one that takes Marines from the “ship to the shore, and then moves on land like a tank.”

Prior to the partnership with DARPA and the Marines, the Pentagon had spent approximately $3 billion into developing a new EFV.  The cost overruns of the program became so high that Former Defense Secretary Robert Gates suggested shutting down the EFV program. 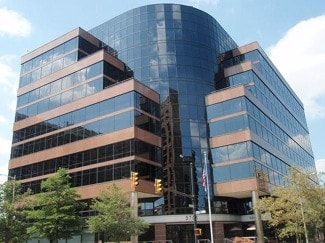 But with iFAB framework in place, DARPA hopes to deliver the EFV that the Marines have been yearning for in a timely and cost-efficient manner.

Paul Eremenko, the project manager for the DARPA effort, also commented on the plans to build an EFV for the Marines.

“We are going to build a vehicle — we’re going to build a vehicle to the [Marine Corps’] requirement set,” Eremenko told Federal News Radio. “And part of our agreement is that they will consider it as part of their decision for moving forward in the program, as part of their low-rate initial production decision, as well as perhaps the long-term full-rate production decision for the (Amphibious Combat Vehicle).”