Rade Technologies is awesome.  They’re making something happen that we’ve wanted to happen for decades.  At this month’s SHOT Show, they’ll be unveiling their SpeedShot, an electronic magazine with a digital LED readout with the gun’s current round count.

The magazine works in conjunction with the grips, which house one of two styles of display.  One is your standard seven-segment display, like a two-digit calculator, that counts down the number of remaining rounds.  The other is a simpler color-coded emitter, that lights up blue when you have three left, green when you have two, red, one, and flashes red when you’re out. 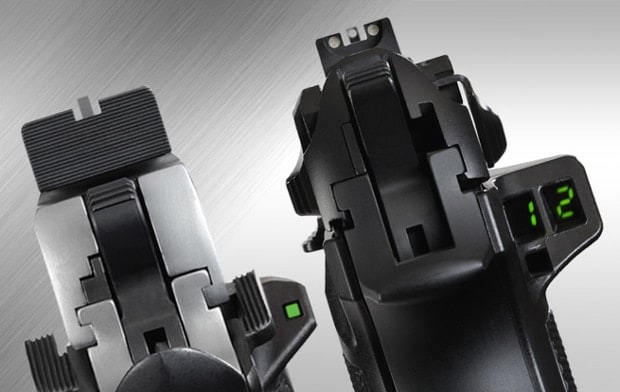 The idea isn’t to put a (potentially distracting) display in your field of view, but rather, to help train shooters improve their internal ability to count rounds, anticipate reloads, and get back into the game faster.

The SpeedShot will initially be available for Beretta, Glock, Smith & Wesson M&P, and 1911 pistols, and they’re saying the MSRP will be $160.

Our question isn’t what other handgun models are going to be next, but rather, when is Rade gonna make one that works with rifles?  You know, ah, like in Aliens?  The pulse rifles that the space marines used had an LED round counter.  (So do the real ones so we know between them and this it’s possible.  That’s right, there are real M-41As.) 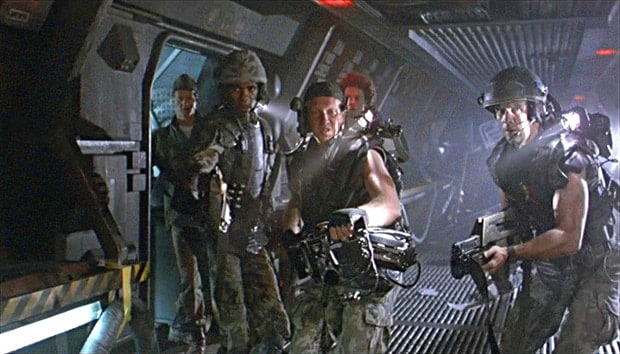 Of course, they’d have to figure out a way to make them magazine-agnostic, but we think it’s safe to say that the US Marines would like to have a round counter on their rifles…

Still, we can’t wait to see these in person and play around with them.  What do you think, expensive waste of LEDs, go out and play some USPSA, or valuable training tool with a lot of future promise?