The Outer Limits: Why Can We Now Shoot (Accurately) Past a Mile?

It would seem that ever since the first Ghillie-suited Scot took aim at that just-a-little-too-far-away stag sticking its neck out into some long gone Highland pasture, the question of shooting distance has come up habitually in shooters’ conversations.

Today, many point to innovations in optics as the catalyst for today’s super long distance shooting—some even maintaining that scopes are the only reason we can punch out shots beyond a mile and still actually distinguish a human sized target from a tree stump.  Anything farther and it would be impossible to place the target in your crosshairs accurately. Well, there’s a whole bunch of long-range shooters out there who would beg to disagree, and if history is any indication, the outer limits of where we can effectively shoot will always be getting pushed farther and farther as time and technology march on. 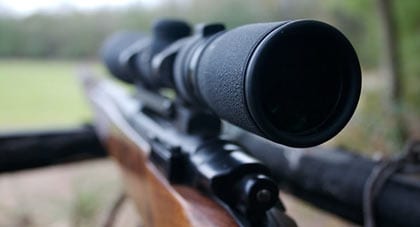 In Afghanistan in 2010, famed British sniper Craig Harrison took a 10-power scope, mounted it on a tripod and aimed it at a human-sized target at a distance of precisely 1.54 miles. He then focused the mil-dot reticle on the target and reported that he could clearly observe the figure. This was a benchmark moment for long distance shooting, on par with those first Scottish snipers stitching together Ghillie suits, because it irrefutably demonstrated that the crosshairs of that particular scope could be manipulated so that they did not obscure the target in any way.

Previously, from the standpoint of the military, the crosshairs were widely held to be any one scopes limiting factor and, in response, Leupold and some other tactical scope manufacturers are now toying with the idea of producing scopes for snipers where the crosshairs can be illuminated to various degrees of intensity and in several different colors, while the width dimensions can be reduced to nearly invisible.  This would almost enable the shooter to see through the crosshairs at the target. 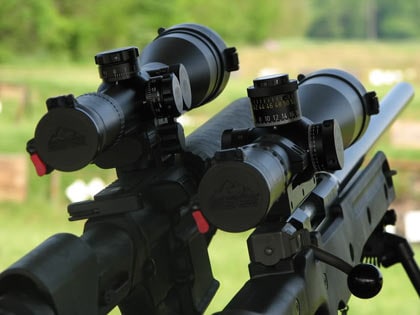 And recently, incredible long distance shots have seemingly made scope makers bolder, with several now suggesting that they may be able to produce scopes that can effectively sight targets beyond the three mile range while only slightly increasing the size and weight of the instrument.

Also spurring optical innovation, Defense Advanced Research Projects Agency’s (DARPA) has stated that they are conducting $7 million field tests (which are in fact way behind their fall 2011 schedule) to make 15 prototype rifle scopes, in association with their One Shot program (which originally sought to give all US snipers the ability to hit targets 2,000 meters away in winds as high as 40 mph). These new scopes actually “see” wind turbulence and feed the data to computers.  This enables real-time calculation of and compensation for the wind-blown trajectory.

To achieve this, these optical systems are said to make heavy use of lasers but eschew alignment verification of the optics with the spotting scope (as in a two man sniper team) or calibration in the field.  Simply put, the military wants battle ready scopes and doesn’t want their soldiers fiddling around with fickle laser equipment. 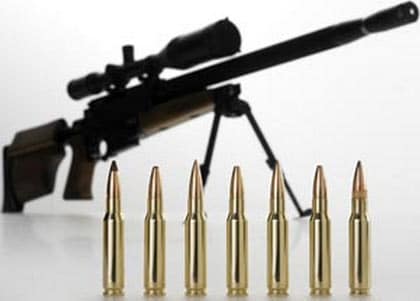 Other shooters claim that it isn’t really the scope that’s the issue when it comes to long distance shooting rather it’s the bullet. They say that a .50 caliber round loses its zip at around a mile and becomes progressively ineffective beyond this distance. Yet ballistics testing tends to disagree, as most .50 caliber rounds pack about as much punch at a mile or so as a .243 Winchester does right out of the muzzle.

Master Gunnery Sergeant Carlos Hathcock of the United States Marine Corps made a record-shattering 2,500 yard kill way back in Vietnam with a modified Browning M2 in .50 BMG mounted with a 10-power Unertl scope and, more recently, Canadian sniper Robert Furlong killed a Taliban terrorist in Afghanistan at a distance of 2,700 yards using a McBros Tac and firing a Hornady 750 grain A-MAX load .50 caliber round.

The world record sniper kill holder, the above mentioned Craig Harrison, used a .338 Lapua Magnum shot out of an Accuracy International rifle, to make two incredible kill shots on Taliban insurgents at just slightly beyond the 2,700 yard range (about 100 feet or so beyond it). To put some perspective on that, that’s like shooting someone in Battery Park from the Statue of Liberty.

Like scope manufacturers, bullet manufacturers are also eager to develop rounds that will still kick like a mule beyond their newest line in the sand, the 2-mile mark.  For years, wildcatters have been cooking up experimental rounds, often smaller .50 calibers “morphed” into larger versions of a .338 Lapua like the .408 Chey Tac. Rounds in this niche are looking to produce greater speed and less drop at ultra-extreme ranges with the Chey Tac boasting a muzzle velocity around 3500 ft/s. 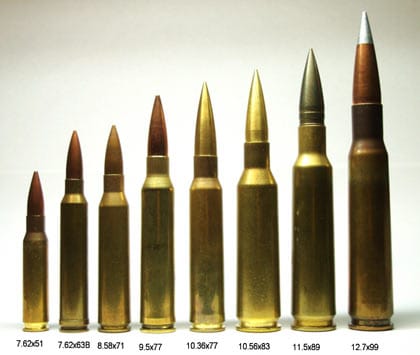 Since 2008, the Pentagon has been shelling out millions under project Exacto, or Extreme Accuracy Tasked Ordnance, to the likes of Lockheed Martin and Teledyne for the development of “guided” bullets, capable of changing their trajectory midflight. Little is known about this project (in fact whether its still going on is a mystery) but technologies that interested the government included, fin-stabilized projectiles and flight actuated control methods, using small stable power supplies in the projectile that enable computer guidance.

So, just what will the outer limits be? Time will tell. With the advent of advanced optics and automatic range-finding calculators, mastering the old-fashioned mil-dot system may soon become a thing of the past. And though it’s hard for me to fathom what the outer limits could possibly be for a sniper 10 or 20 years into the future, I know that one thing is for certain—shooters will be shooting farther.

Advances in ammunition and optics have allowed modern day snipers to take enemies from so far away that the target didn’t even hear the sound of the bullet.  What do you think is the most important advancement when it comes to long distance shooting?