Several months ago a fellow firearms instructor and I sat down, talked self-defense and came up with a list of five skill-sets that we think every tactical shooter needs to know (if not master) if they are going to be basically prepared for any lethal confrontation (whatever form that may take).

These five fundamentals are not an overwhelming inventory of techniques only capable of being performed by Navy SEALs (though Navy SEALs are assuredly masters at any of the skill-sets mentioned in this article).  Rather, what we were aiming for was that the majority of individual tactical skills that any civilian shooter ought to know should fall under one of these five disciplines.

Perfecting these fundamental skill-sets—or in that case, being perfect at anything at all—is not something that comes easy or naturally to anyone. These skills take time to develop, learn and refine. Now, to the list: 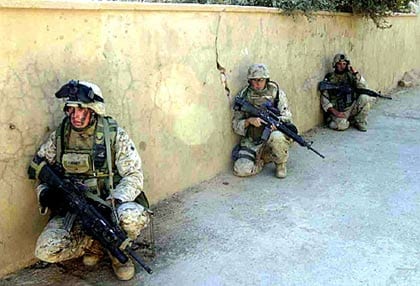 Perhaps one of the most overlooked but absolutely essential knowledge-based skills all survivalists need to learn is the difference between cover and concealment. By cover, I mean surviving and reacting behind something that will stop lethal, incoming rounds or blasts from explosions caused by Improvised Explosive Devices (IEDs), or mortars, etc. Yes, it’s true that most people will not experience incoming mortar fire or feel the effects of an IED blast, but any anarchist, criminal or kook intent on spreading terror at school, the shopping mall or an airport can learn to make a “barnyard” bomb.  For the individual tactician, constantly scanning the area for and effectively using cover can mean the difference between getting hit by a bullet or shrapnel or being spared—the difference between winning and losing, really.

Finding and utilizing cover, however, is a deeper subject than it lets on and the self-defense shooter must be familiar with the various techniques used to assess and make the most out of his or her surroundings.  When shooting, proper hold off for sighting the target, correct pie-ing around corners (moving in a quarter circle around corners or doorways to progressively reveal what’s behind it), not crowding cover in daylight and getting up close to cover when using a flashlight in the dark are all topics and skills one needs to learn and develop through tutelage and physical practice. 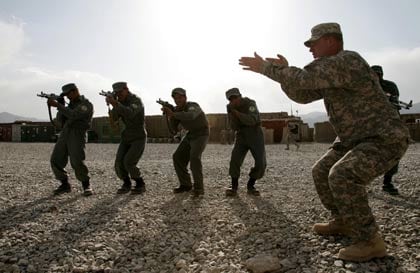 There is no such thing as a threat that holds perfectly still so, accordingly, target shooting at the range, especially at those distances where most gun battles occur (approximately seven yards and closer), should not be static.  Firefights are dynamic and shooters need to know how to shoot moving targets, as well as move and shoot, shoot and move and shoot while on the move. Further, moving tactically directly informs how you negotiate cover: shooters need to recognize cover but then move to that cover as well as manipulate corners and doorways and move alertly down stairways and halls.

In these enclosed environments, recognizing color, contrast and movement from potential threats will determine your course of movement. The key here is to remain vigilant by keeping your head on a swivel, so it speak—less like tactical Mr. Bobble-Head, and more like Dalton Fury.

In the scope of movement at the onset of a lethal confrontation, all shooters must be able to adapt to any number of tactical situations.  For example, shooters need to know how to exit vehicles while maintaining cover and learn how to shoot from inside a vehicle. Knowing when to retreat and when to advance encompasses another movement based tactical and strategic fighting skill-set, as does when to move dynamically (i.e. aggressively taking a target) or when to move slow and methodically.

Learning how to do it is vital to survival and, if you ever find yourself asking, “how should I move?” just remember the well-worn battlefield axiom, situation and terrain dictate tactics. 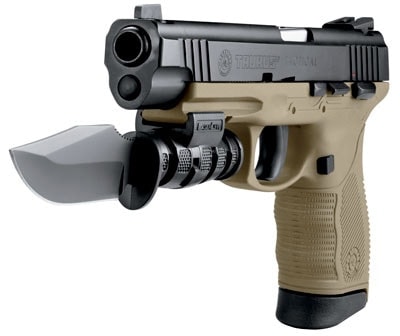 It’s true: the right gear can help you win battles and the best gear often wins the war. When it comes to choosing gear though, tools in your rig don’t have to be tacti-cool, all they have to do is work—and you have to be able to work them. Sure, MacGyver can make an atomic bomb out of a pair of shoelaces and a cheese grader, but you’re not MacGyver.  MacGyver isn’t even really MacGyver, so equip yourself with kit you know that you know how to use.

All too often (just yesterday, in fact), someone told me they circling in on a heck of a deal on a new pistol. The type of pistol and the price made me grimace.

While the best gun is the one that works the best for the end user (regardless of price, reputation or otherwise), the best gun is most likely not the bargain barrel Saturday Night Special (sorry, it just isn’t). Getting guns, bullets and gear that actually work well—and I’m not talking caliber or features here, I’m talking basic function—is the most important thing to consider when cooking up your tactical rig. Properly configuring this set-up (i.e. getting the right gear and wearing the right holster in the right, organized way) is the second step to gearing up and one 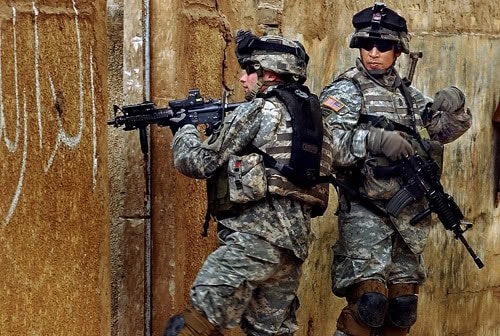 If you find yourself a part of a team, who’s going to cover the bad guy and who’s going to contact (or get hands on) him? That’s the sort of thing cover/contact entails. While this training may be more pertinent for police and military personnel conducting surgical CQB operations, deadly scenarios don’t differentiate between cops and civilians, and every civilian sheepdog should prepare for the complexities that come along with covering and contacting their attacker.

Well the golden rule is that when it comes to any cover and contact scenario, your personal safety trumps all. Learning how to stay behind cover from the beginning of the engagement will help ensure this.  Also, knowing that action (a formulated plan that addresses the problem) is “faster” than reaction (essentially just your fight or flight reflex) is absolutely imperative to survival.

The bottom line is all of these people mentioned in the above questions (even your comrade who ran away) are still lethal threats (to you or someone else). If there’s one gun, there are two. That’s a good rule of thumb to remember; it’ll keep you vigilant and, subsequently, safe.

If you find yourself in a situation when you have to make contact with your attacker, I’d recommend not approaching if possible.

Stay behind your cover and wait for police. The cover/contact approach is mostly reserved for police officers and, perhaps, some military personnel.  But if not, learning how to approach while maintaining security (both on the suspect and any other possible threats) is a good idea.

Stay guns out and don’t end up in a cross fire between you and a partner. Make sure the area is clear from other threats before approaching, and never go hands on (handcuffing and searching) the suspect with a gun in your hand. All too often bad guys will continue to resist to the very end. 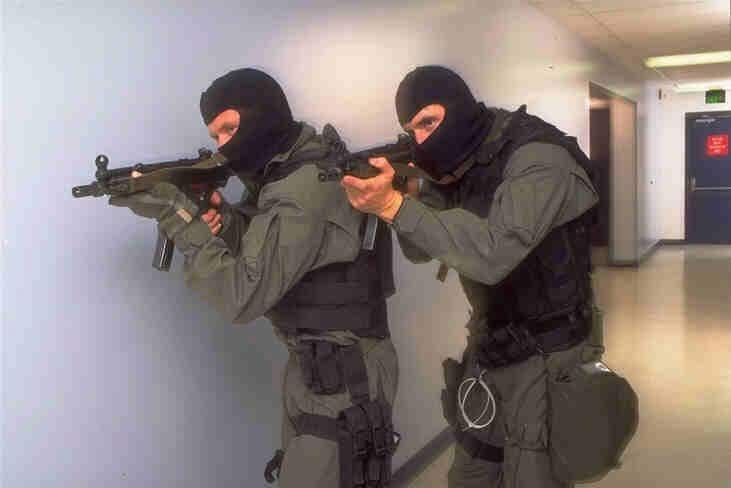 Speed, surprise and aggressive action (or violence of action) is perhaps the secrete ingredient to winning gunfights. The right attitude may be the most undervalued skill-set in tactical training.

Far too many men and women have died because they gave up on the fight mentally, even though they were not out of the fight physically. Whatever happens stay in the fight. If you’re shot, hit, or feel worn down with fatigue, stay in the fight! It’s not over yet and mental willpower can do miracles for your physical survival.

Your own attitude, as well as a lot of stress-induced training and mental role-playing, will help strengthen this skill-set. As I’ve often told my students: Visualize success. You cannot get to where your mind doesn’t go first.

Until I have another five skills you need to know, continue to hone your skills and keep adding to your tactical toolbox.

So, this is what our own tactical wizard, Jeffrey Denning, believes all shooters must know. What things do you think every tactical shooter must know?