Amnesty International has called for the cessation of the transfer of small arms, ammunition, and other security equipment (tear gas, rubber and plastic bullets, armored vehicles, etc.) to the Egyptian military and security forces from global arms suppliers.

“It can no longer be considered acceptable to supply the Egyptian army with the types of weaponry, munitions and other equipment that are being used to help carry out the brutal acts we have seen used against protesters,” said Hassiba Hadj Sahraoui, Deputy Director for the Middle East and North Africa at Amnesty International.

“It is clear that either the military police has been given orders to disperse demonstrators at any cost, or the Supreme Council of the Armed Forces does not control the army and security forces. Either scenario is equally worrying,” he added. 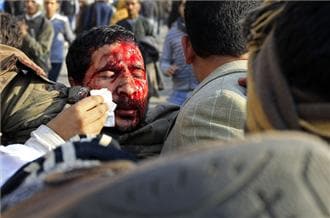 Since December 16, 2011, at least 11 people have been killed and hundreds more injured the Egyptian Ministry of Health reported.

Additionally, more than 300 people have been arrested, including women and children as young as 10 years old.  Many of those arrested are detained for long periods of time.  And those who have been badly beaten are denied access to medical treatment, according to reports.

The violence that erupted several weeks ago started when military personnel went to disperse a sit-in outside the Egyptian cabinet buildings.   Instead of trying to maintain law and order, military personnel started gratuitously beating protesters with sticks and batons, eventually live ammunition and shotguns were used against the crowd.

This video, of military police beating and stomping a defenseless woman, characterized the melee and elicited universal outrage:

“The army, which has adopted a paternalistic attitude towards women since it has been in charge, has singled out women protesters for humiliation and degrading treatment. The aim of behaviour like this seems to be to deter women from demonstrating,” said Hassiba Hadj Sahraoui.

“This is sadly in the same vein as the forced ‘virginity tests’ which the armed forces used against female protesters earlier this year,” he added. 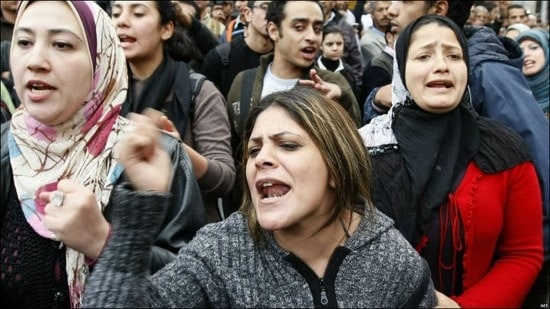 As for the question of who supplies Egypt with arms and military supplies, that’s a question that can be more fully answered in this article, “Who America Sells Guns To.”

But for sake of convenience, one can look at this table provided by the Congressional Research Service: 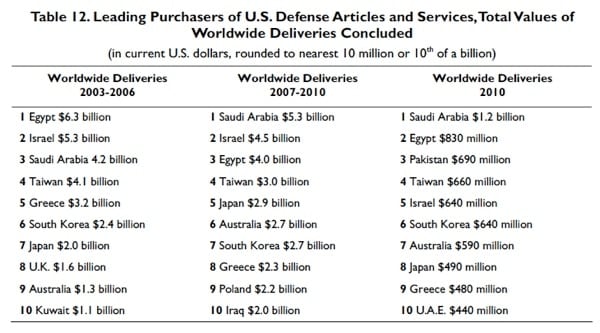 Over a seven-year period, the Egyptian government has spent approximately $10.3 billion on U.S. weapons.