Remington and the US Army are Surplussing 4,000 M24 Sniper Rifles; Raffling Some at SHOT Show UPDATED

The Army has a few thousand M24 Sniper Weapon Systems that they’re in the processes of reconfiguring into XM2010 Enhanced Sniper Rifles.  This total conversion changes everything but the receiver, which Remington will replace for sale to us, the Americans.  Bomber! 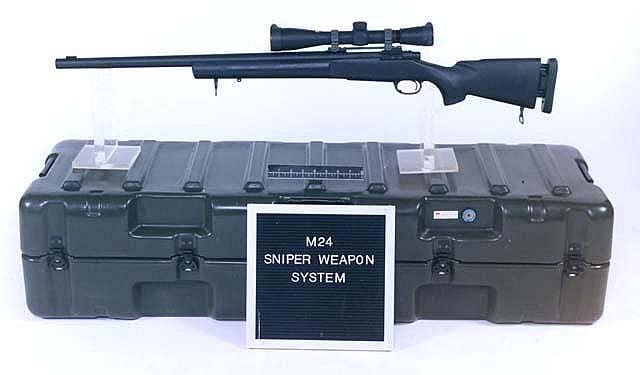 The M24 is a great sniper rifle platform, but given the vast distances the Army has found snipers taking shots from, they’ve concluded that they need something with longer legs.  The Remington 700 receivers used in the M24s is fully capable of handling .300 Winchester Magnum, which offers about 50% more energy and has a 50% greater effective range than the 7.62 NATO cartridges they’re shooting now, and it’s good out to 1,200 meters.  It does kick a little more.

Once you take off the barrel, the optic, the stock, the sling, the bipod, the bolt, the extractor, and all the trigger parts, you’ve got one pile with almost no XM2010 and another pile with a damn near complete M24, which Remington has gotten permission to reassemble and do with them what they will (thanks, Defense Review).

They’ll be taking 2,000 of these capable (and pre-customized by the soldiers who carried them) sniper rifles and selling them on a first-come, first-serve basis, with priority given to military snipers, active and reserve duty military, retired military, and law enforcement, respectively. 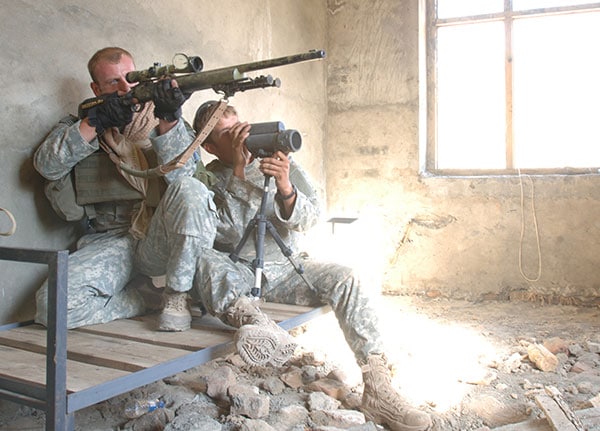 Two thousand more will be raffled off, $5 gets you one ticket, $20 gets you five, and a benjamin gets you thirty tickets.  All proceeds will go to the Fisher House Foundation, which provides comfort homes for wounded soldiers and their families, for free.

In addition to having the camo patterns hand-painted on the stocks by their former wielders, these M24 Sniper Weapon Systems will be refurbished and rebarreled, and come with the Leupold optic and all the accessories that make it a weapon system, not just a rifle.  The price to buy one will be announced later this month on the Remington military website, but we expect it to be pretty low; Remington says it’ll be about half what a new M24 system runs. 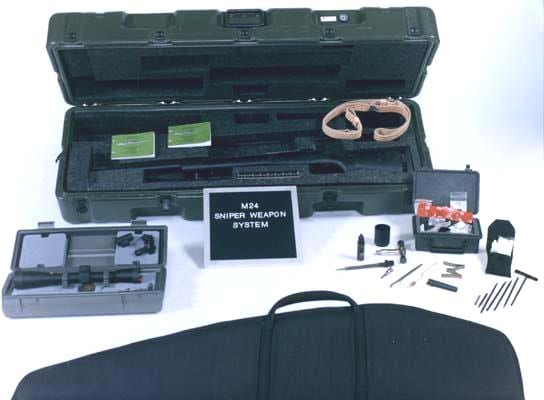 We hope everyone who wants one of these rifles will get their dreams to come true, but we really have to give Remington credit for this one.  Surplussing rifles isn’t as popular as it once was, especially not on the cheap, and not only pulling that off and supporting the Fisher House shows a lot of class.  Bravo.

Raffle tickets will be sold at SHOT in Las Vegas, NV, between Jan. 17 – 20. The contest ends Jan. 20 at 5:00 pm eastern time.  We know that this is a bit of a bummer for everyone who can’t make it to the expo this year, but there will still be a sale of the other 2,000 rifles.  As mentioned, the priority will be given to military and law enforcement, active and retired, then a first-come, first-serve basis.

The Remington military website will have all the details before then end of the month, sometime after SHOT Show.  We’ve been told to check back in two weeks by Trevor Shaw of Remington Defense.

There is a silver lining: the huge, overwhelming response by you, Dear Reader, and all the fans of Guns.com, has spurred Remington into expanding on the project for next year.  So while a lot of people might not be able to get an M24 Sniper Weapon System out of this raffle and sale, we fully expect Remington to follow up with more surplussed hardware down the road.