If you’ve been shooting for awhile, chances are you have a favorite gun and often that gun, the one you cherish the most, turns out to be the most expensive gun you own or a family heirloom. The firearm that rarely gets the love, respect or attention it deserves, however, is the beater gun.

A beater gun, or what used to be commonly known as a truck gun because that’s usually where it ended up (bouncing around the bed of your truck), is a gun that has little to no collectable or sentimental value, but still gets the job done.  These are guns you don’t need to put gloves on before you handle—they’re usually very cheap (in price, not quality), used (and show it) and lend themselves to all sorts of home alterations and sporterizing you would never dream of doing with your granddads battle rifle.

Here’s five beater guns I learned to love that have made their way through my personal arsenal over the years:

I think my first true beater gun was an old Spanish M93 Mauser in 7 x 57mm.  I picked that one up for about $60.  Though it’s a historic gun, boogered up rifles hold very little value in the eyes of collectors and the Spanish made about a gajillion of these rifles, supplying both their own colonial interests and the Ottoman Army with M93s around the turn of the century.

The wood was a mess on my Spanish Mauser and the buttplate wasn’t original (there were actually a number of fixtures that were not pieced from other rifles).  It shot very well though and that’s really all I needed it for. I had it for a while before I traded it off for something else (worth a bit more than $60 too).

Another beater gun I picked up was an old J.C. Higgins single barrel 20-gauge.  I had the barrel shortened down to around nineteen inches or so, and I had absolutely no problem doing this because it was cheap and I just wanted it for self-defense. What I got was a nasty little customer: with a load of 7 ½ shot it would pattern an area the size of my front door at only about seven yards.

One of the most common types of beater guns I see out at gun shops are old military rifles that have been sporterized, (i.e. altered for hunting purposes). Alterations immediately destroy the collector value of the gun, so these guns can often be got at bargain prices.

Garands are a pretty classic example of this, but recently I spotted something a bit more exotic: a Japanese Arisaka that had the stock trimmed down. The gun was less than one hundred dollars and for that amount how can you go wrong? 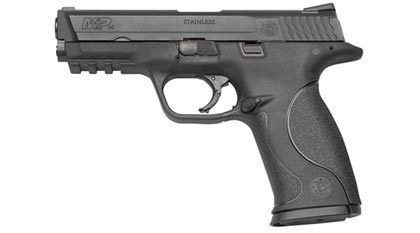 Handguns can be beaters too and I pretty much keep one that has no value to collectors around at all times, though my philosophy here is a little different than with my beater rifles and shotguns. My beater pistols and revolvers aren’t necessarily the cheapest guns out there (but they aren’t expensive either) rather they’re popular, tried and true classic guns that are well represented at any gun shop in America. This makes finding replacements and ammo a snap.

I have an old Smith & Wesson Military & Police .38 Special that does a pretty good job for self-defense purposes and, guess what, there are thousands of guns just like it in shops all over the country.

A good .22 often makes an ideal beater gun whether it is a rifle or a handgun. I often see old H & R or High Standard revolvers lying around for less than a hundred dollars. A good example is the old High Standard Double Nine which is a single action revolver which looks something like a Colt SAA. Always suspicious of budget handguns, these guns proved much tougher than they look and can provide years of service.

Every gun shop I have ever been to has dozens of cheap little .22 rifles or single barrel shotguns that would make an excellent beater gun, and most dealers are more than happy to get rid of them since they tend to take up space on the shelf, normally reserved for “new” guns.

It’s my opinion that everyone should own at least one beater gun in their lifetime. A gun that’s just a gun to you can give you an appreciation for how good a firearm can be that might not have the best bluing or the nicest finish.  It also may help you appreciate the nice guns that you do own a little more.

David LaPell thinks beater guns are a must for any serious shooter out there.  What are some beater guns that you’ve owned over the years?