Umarex will be Importing Uzis, in .22 Long Rifle

Umarex has been diligently building name recognition with their inexpensive and fun-to-shoot .22 pistols and carbines, and are probably most famous for their Colt M4 and M1911 .22s, and H&K 416 and MP5SD .22s.  Now they’re up to their eyeballs in Uzis, of course, in .22 Long Rifle.

These .22 Uzis are officially-licensed replicas, branded Israeli Weapon Industries, and imported by Umarex, but are actually manufactured by Walther of Germany.  There will be two models, a standard submachine gun-style semi-automatic pistol, as well as a semi-automatic carbine made to look like a suppressed Uzi with a folding stock and fake can. 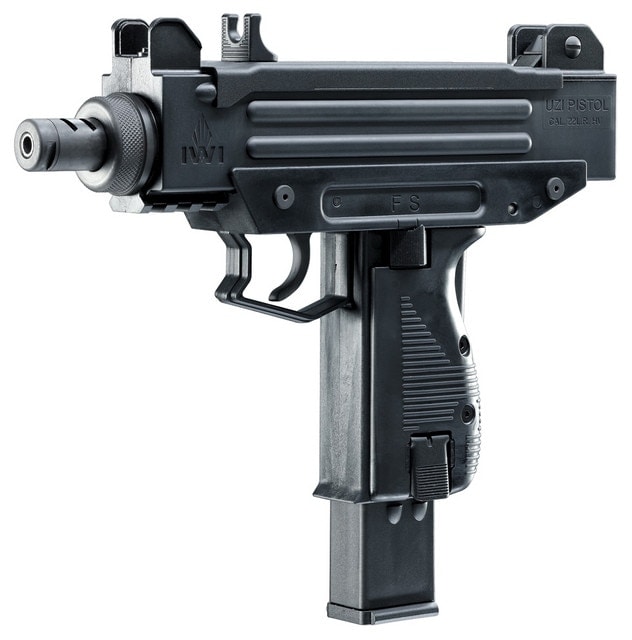 The two models have a few differences, mainly because the pistol is modeled on the Micro Uzi as opposed to the full-size SMG.  One of the nice features about these guns is that they have plenty of magazine space, and hold 22 rounds, which is a dozen or so more than most .22s.

The carbine has an added extra; the traditional Uzi handguard is removable and conceals a standard Picatinny rail; the pistol has one as well but without a cover.  Aside from that, they’re remarkable in the exactness of their replication; they have adjustable Uzi sights and even feature functioning grip safeties.  Some details are missing, like construction, materials, weight, etc.  We’ll give you the details as soon as we get them.

And maybe that’s too much, right?  They’re plinkers, after all.  Why would you want to spend that much on a .22?  Because of the looks, of course.  A real Uzi, or Uzi replica gets expensive to feed, and, well, there aren’t that many .22 options that have that same Uzi flair.  They’re called range toys for a reason. 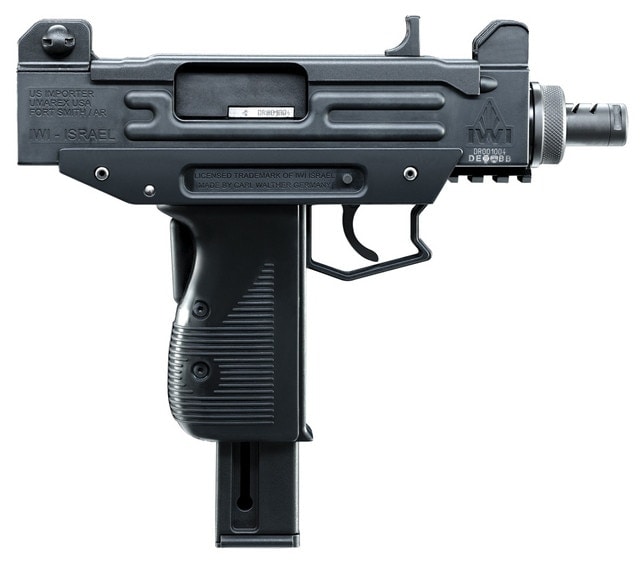 So would you like a tactical plinker like this, or rather set the money aside and eventually pick up the real deal?