Part of the reason you read gun publications (primarily Guns.com) is to figure out the best deals on guns and gun related products—especially free ones. And we always want to point you in the right direction. Here are the January gun and gear contests: 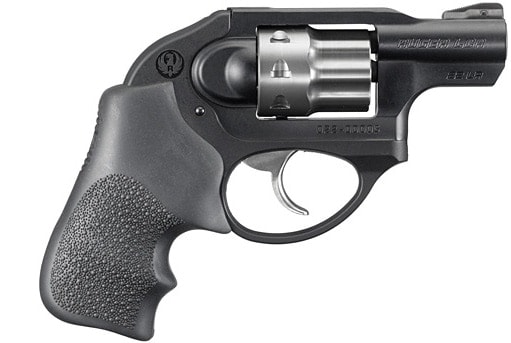 This is a neat giveaway held by GalleryofGuns.com, an online gun seller. Gallery is an ok site. Though it’s rather arduous to order something from them because you’re not allowed to create an account until there’s money down, they do have a great database of information relating to gun specs and pictures.

The original Ruger Light Compact Revolver was chambered in .357 Magnum and .38 Special, and the .22 LR isn’t much different in size or shape. However, Ruger did make it an ounce heavier than the .38 Special model. The LCR-22 is still a durable revolver, but chambered in a considerably less powerful cartridge. The LCR-22 and its eight-round cylinder would be great for practice, plinking or hiking. Many self-defense advocates discourage the .22 LR for self-defense, but to each his own. MSRP is $525.

This is a pretty easy contest to enter. Gallery of Guns requires you to enter personal informal information such as contact info, occupation and interests. Also, besides being in the running for this brand new gun, second place is a one-year subscription to either Guns & Ammo or Shooting Times (both owned by the same company, but I prefer Shooting Times). Deadline is Jan. 31. 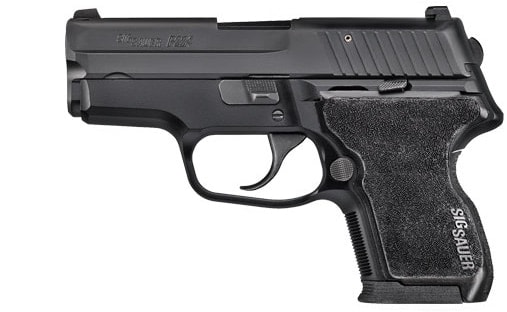 SIG Sauer is giving away a new P224 SAS. It’s just one of the 60 new guns SIG Sauer is introducing this year.

The P224 has traits favoring the popular P229 because that was the inspiration for this pistol. But its standard chambering is .40 S&W and features a Double-Action Kellerman trigger, which is a DA trigger with two reset points, and patented SIG Lite night sites. MSRP is $1125.

Every month SIG has a contest and every month somebody wins (big surprise). All you have to do to enter is fill out, on SIG’s website, the contest drawing card. Basically fill out your name, number, address, email, etc. SIG doesn’t spam you, but they will send you a updates on their catalog. Contest ends Jan. 31.

This drawing is featured by FreeGunStuff.com, a website that gives away gun stuff. It’s actually sponsored by gun sellers and manufacturers. And basically it’s a data collection site, which is grabbed when you enter contests.

The Savage Varmint Rifle 12FV being given away is chambered in .223 Remington, has a 26-inch heavy barrel with blued finish, synthetic stock and holds four rounds. It features the Savage AccuTrigger, which is a really light trigger but with a safety similar to a Glock safety trigger. This is a $565 rifle.

This contest is also easy. FreeGunStuff.com holds a contest every month and all they require is you enter contact info. Deadline is Jan. 31.

Weapon-Blog.com, an information website and aggregation site for online gun contests, is giving away the Truglo scope.

The scope they’re giving away has 4x-16x magnification and a range of 350 yards. To win the scope Weapon-Blog requires you to “Like” their Facebook page, comment and then email brian@weapon-blog.com telling him that you commented on the page. You can also get points by getting your friends to do the same thing and then have them drop your name. It’s an $180 deal and it ends Jan. 30.

This deal will make you work–well work is too strong of a word. TacticalGunReview.com is a forum-esque website. It is strictly gun reviews and they ask users to write reviews of whatever they want and submit it.

The Leupold scope is pretty nice. It’s a $600 scope that is clear under most any light conditions. It’s internal light is battery operated and users are able to adjust the brightness with the touch of a button. There are eight different light settings on it too.

To register all you have to do is, you guessed it, write a review of any gun you want (as long as you have access to it yourself), submit it and if it’s accepted by the TacticalGunReview.com editors then you earned yourself a spot in the contest. Drawing takes place on Jan. 31.

Well, that about does it for January. It certainly wasn’t as big as December’s list, but hey everybody is still recovering from the holidays. If we missed any that you think are worthwhile, post them below.