Fabrique Nationale d’Herstal has been tweaking and polishing their FNS pistols for a year now, and is gearing up for a full launch later this month with their striker-fired alternative to the FNX handguns.  We can’t wait to get our hands on these.

The FNS-9 and FNS-40 pistols have been getting imported to the U.S. for a year now, with all of the handguns going to various departments and law enforcement agencies for evaluation, minus a few for FNs competition shooters.

The FNS does a lot of things differently than most other striker-fired guns, starting with the manual safety.  It has a small frame-mounted safety that indexes in the same place as the safety on a 1911, and it’s ambidextrous.  The FNS pistols are fully-ambidextrous, with not just two safety levers, but two magazine releases and two slide releases as well.

A growing trend, particularly with polymer pistols, is the use of polymer guide rods; that’s also not the case here.  FN went with a full-length stainless steel guide rod for the FNS.  Another nice thing about FNs pistols is that they come with three magazines and a hard case.  FNS pistols will also come supplied from the factory with low-profile 3-dot night sights, what FN is calling Deep-V. 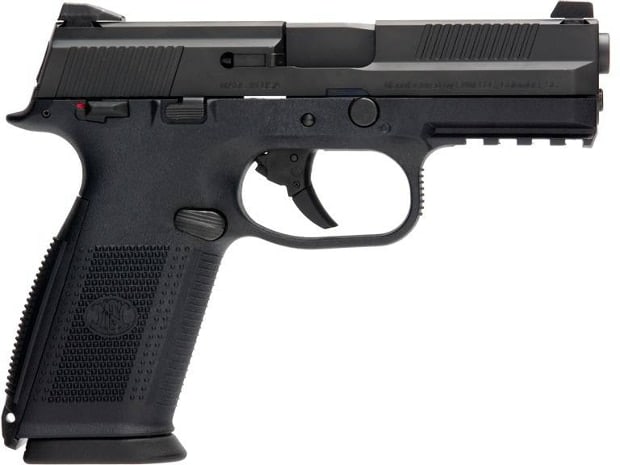 Cosmetically, it varies somewhat from the hammer-fired FNX pistols, mostly in the beavertail area.  Without a hammer, there’s less bulk at the top of the grip and the beavertail is considerably more slender, for a noticeably higher grip.  Combined with the already low axis of the FNS and we fully expect this to be a soft shooter.

Which is a good thing, because with its factory 17-round 9mm and 14-round .40 S&W magazines, these guns will get shot a lot.  And like all guns made in this century, it’s got a railed dust cover and interchangeable backstraps.  That being said, these pistols come with four backstraps, two straight, and two arched, following the 1911-inspired grip geometry familiar to FNs designs. 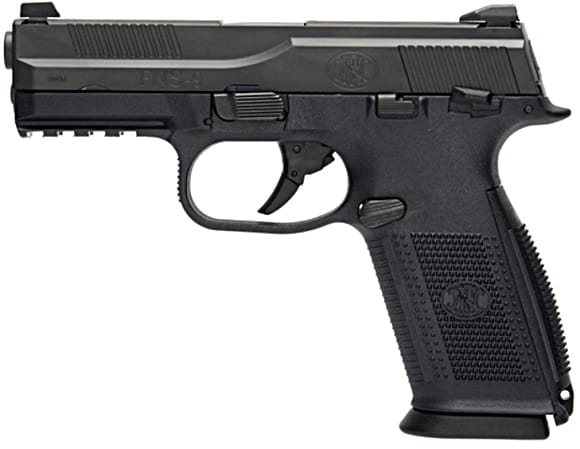 The FNS launch event will take place in Las Vegas, at the Clark County Shooting Range, January 18th.  They will be giving away tickets at their booth at SHOT Show for their Smoke and Hope Steel Challenge, where they’ll be giving away 20 FNS handguns as prizes.

There’s no fee for any participants, not for the first five targets.  After that, re-shoots cost ten bucks, with all proceeds going to the NRA Life of Duty program. 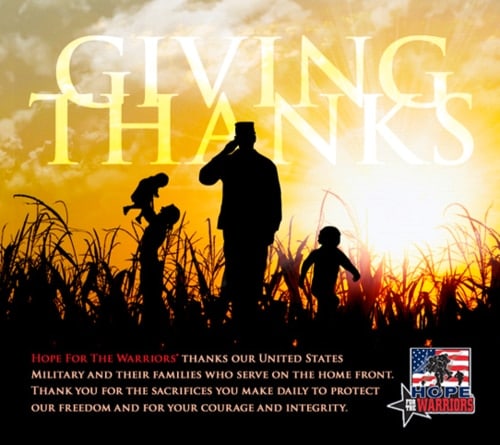 Out of the box, FNS pistols offer more than almost any polymer pistol out there; if the price is good and the function is what we expect of John Browning’s European partner’s other guns, we expect the FNS to do well.

But what do you think?  Good move or striker-fired Kool-Aid?