We’ve said it before, and we’ll say it again, we love Midwest Industries tacticool furniture.  Taking what may be the most rugged rifle ever and setting it up with modern optics and grips is a no-brainer.  And this extended forearm looks tops.

Like all Midwest Industries’ furniture, this rail is made of hard-anodized 6061 aluminum, here in the U.S.  It uses a lot of cutouts which not only increase the strength of the forearm, but cut a lot of weight from it.  Even this extended quad-rail setup weighs less than thirteen ounces. 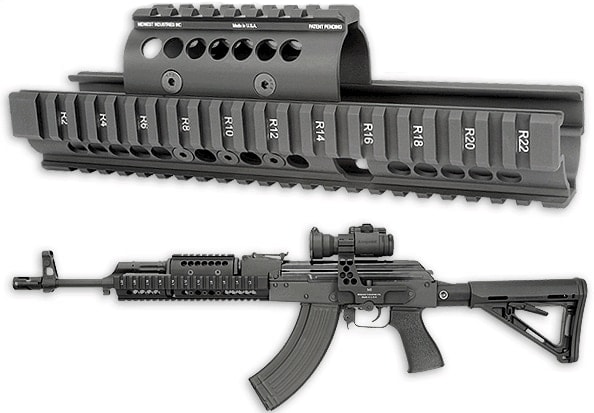 There are other nice touches, like T-marks between the rails, and optic-specific topcovers.  You can go with the standard topcover with a plain rail, a 30mm single-ring red dot topcover, or get a topcover for a Trijicon RMR, Leupold Delta Point, Burris Fast Fire II, Aimpoint, or Primary Arms Micro Dot, all of which cowitness with the AK sights.  Midwest Industries also makes topcovers for Vortex Sparcs and Insight MRDS optics, but they don’t cowitness 100%. 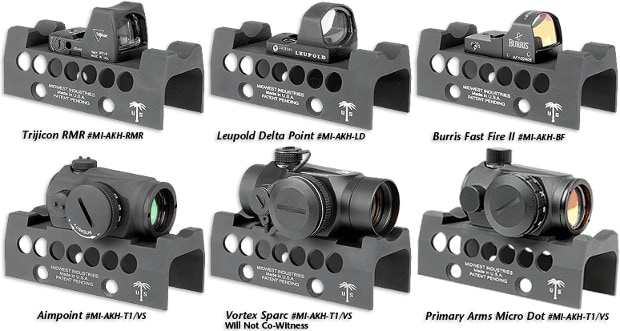 Of course, the best thing about these rails is the price.  Where other companies’ similar quad-rail setups cost two or three hundred bucks easy, this extended rail runs $145 for the base model, $155 for the optic-specific topcovers, and $165 for the 30mm optic mount.

The total length of the extended rail is 9½ inches, which is enough for the most forward of handguards, and allows for a very extended grip on the rifle.  If you don’t feel like it would come in handy, don’t worry, they’re still making their standard, shorter quad rails; they run from $125-150, depending on your topcover selection. 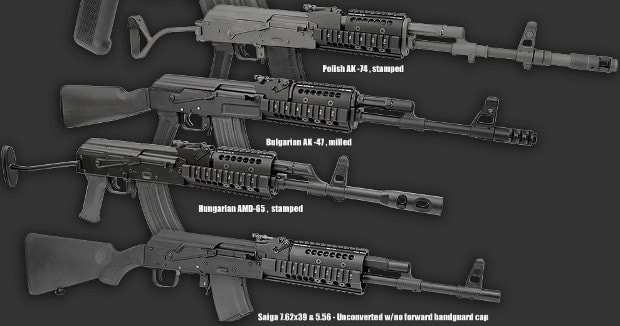 If you’re interesting in modernizing or customizing your AK, Saiga, Vepr, or any similar rifle, then put Midwest Industries rails on your short list.  They’re tough, they’re sexy, and if you want to install a Magpul AFG or Trijicon tritium/fiber-optic reflex sight on your rifle, they’re one of the best options on the market.

The fact that they’re so affordable is just icing on the cake.