The other day the wife and I went out and went to the grocery store to do what I find to be one of life’s most tedious and joyless tasks—shopping—and if you haven’t noticed this American pastime is getting more expensive by the minute. Most likely in response to rising food prices, I had a friend of mine ask me the other day if hunting was really worth the money it would save you (granted, if you bag something) or whether it was a better idea to save your pennies, get your beauty sleep and stay home?

Personally, I hunt because I enjoy it.  I like the taste of wild game and I know what I am getting in terms of product when I actually see and take the animal personally.  But some folks couldn’t care less about these things and really, the benefits of hunting can be measured solely in the lines of a ledger book, so I decided that while the wife was shopping, I would do some research of the cost of hunting (which at least kept me out of sporting goods). 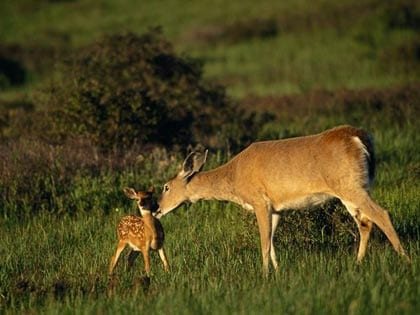 The first thing that you will need is a hunting license. Here in New York, you will spend $29 for both the big and small game license, which does not include a turkey stamp or let you hunt with a muzzleloader. For both of those you will need and extra thirty $31 here in the Empire state.

Say you head out and bag a nice whitetail deer and it weighs about 130 pounds or so dressed out (which is pretty typical here in New York).  I would expect around 75 to 80 pounds of meat when the deer is fully processed but, like a lot of folks, I have to use a butcher because I don’t have a place to butcher my own deer (at least not yet I don’t).

My butcher charges me eighty dollars flat to turn my deer into smaller manageable portions. My local grocery store charges around $3.50 a pound for ground beef, and if you were to multiply that by 80 pounds you come up with a fee of $280. And ground beef doesn’t include those wonderful backstraps—basically the equivalent of filet mignon for deer—or the sundry other cuts of steaks my butcher will set aside for me when he processes my animal. 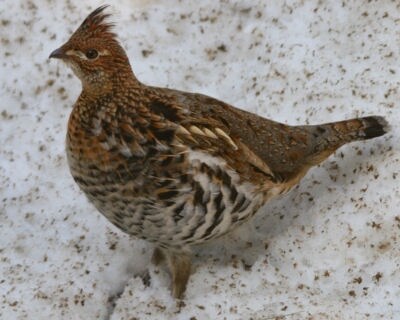 If you like chicken then the closest thing I can compare it with here in New York is a ruffed grouse. A chicken breast at my store is about three bucks a pound, and I have shot a couple of big grouse that easily compare with some of the bigger chicken breasts. Seeing as you can bag four grouse a day here and the season runs from the end of September to the end of February, there is no doubt in my mind whatsoever that you can get more of those succulent morsels in your freezer rate than you’ll know what to do with and at a very cost effective. 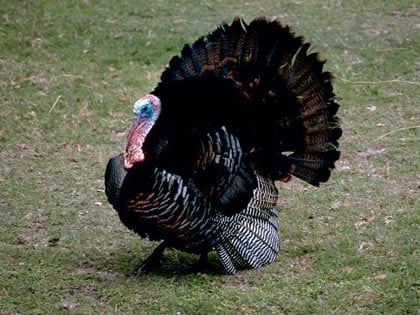 Fewer people eat turkey regularly than they did in years past and, consequently, the price of turkey has been steadily climbing for years.  Lately a whole turkey is averaging four dollars a pound lately—meaning this battle of thriftiness isn’t even close.  Bagging even a small bird (10 pounds) will justify the cost of your entire license (stamp included), not to mention here in my state, you can take more than one.

I keep saying “my state” because that’s an important part of the equation and one that I cannot accurately account to encompass everybody in my little inquiry here: for me in upstate New York, it is really easy fill your freezer with wild game. Even if you were not to shoot a deer or a bear, with an abundance of small game like squirrels, rabbits, grouse, and the occasional woodcock, not to mention ducks and geese. Folks in other states may not be so lucky and should research local hunting opportunities before even thinking about committing to a life lived exclusively “off the land.”

But with that said, I firmly believe that wherever you live, and whatever time of the year it is, you can find food in the out of doors. Many people don’t realize that hunting season doesn’t have to end in the summer.  Here in New York also permits sportsmen to take frogs and snapping turtles, which are in prime season in June, July and August.  For those of you who have never tried them, frog legs are a delicacy like no other,

So yes hunting is not only cost effective, but in my opinion the food is better.  You know where it comes from and you get a lot of exercise in the process of acquiring it, especially if you are a small game hunter walking after upland game birds. So tell your wife or significant other to let you go hunting more often.  It helps keep more money in the household and you don’t need any coupons!