For a gun maker, getting a new model approved by the Bureau of Alcohol, Tobacco, Firearms and Explosives is a frustrating and unpredictable process.

Often time, nearly identical models are given different rulings, one’s considered legal while the other’s considered in violation with the law.

The question is, how does this happen?

Well, according to critics, there’s nothing uniform or consistent about the way in which the ATF approves a model for production (or states that it’s in accordance with the law).

Moreover, many critics argue that the regulations and standards by which the ATF evaluates the legality of new firearms are purposely vague and/or fluid, which allows for subjective and capricious rulings.

See, instead of having clearly explicated standards that are publicly available to all gun makers, the ATF relies on what some have argued is a secret and arbitrary review process.

This process is known as “letter rulings.”

Essentially, a gun maker sends his prototype to the ATF.  The ATF evaluates it and sends the maker a private letter with the ruling enclosed.  The ATF does not publicize any of the rulings.  This way, there’s no way for a gun maker to know whether or not his ruling is consistent with previous interpretations of the federal code.

Is the ATF being unfairly critical of his model?  Are there precedents established by judgments rendered on similar models?  Has the ATF’s standards evolved over time on a particular model? 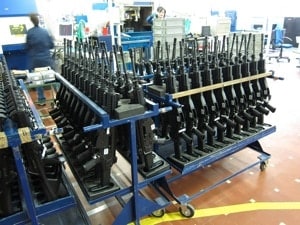 With the lack of publication of prior rulings and a “behind-closed-doors” evaluation process, those questions often remain unanswered.

Robert E. Sanders, an ATF official for 24 years who is now a North Carolina lawyer specializing in firearms matters, told the Washington Times that letter rulings are often “definitely contradictory and inconsistent,” but are necessary because the regulations being applied are ill-defined.

“It is hard to tell what ATF wants you to do without submitting your product and asking for a letter ruling,” he told the Washington Times. “You can’t tell what the agency has said in the past to others, because those letter rulings are generally secret. How could somebody know how to comply with the law?”

Sanders added that submitting a firearm for testing is a “costly and lengthy process” that could be streamlined if the ATF issued clear and detailed regulations.

He also noted that the ATF once issued a letter ruling that argued a 14-inch shoestring was a machine gun because it could be used to turn a semi-automatic rifle into an automatic weapon.  Upon further review, the ATF rescinded the letter.

The lack of a standardized review process can be, as Sanders mentioned, costly to manufacturers.

Len Savage, a firearms designer and manufacturer in Georgia, has unfortunately learned how costly the ATF letter ruling process can be.

In July of 2005, he was told in a letter by the ATF that he could legally convert machine guns owned by law-abiding collectors into belt-fed weapons.  Later, in April of 2006, the ATF overturned its decision “upon reconsideration.”

“It cost me $500,000 in orders,” he said, explaining the fact that he was forced to destroy several weapons he had built because ATF would not grandfather them.

Bill Akins, the inventor of the Akins Accelerator (a device that increases the firing speed of semi-automatic rifles to simulate fully autos), had a similar experience.

The ATF approved his device only to overturn that ruling at a later date leaving him with $500,000 of useless inventory.  He filed a lawsuit against the ATF in 2008, but the lawsuit was rejected by district and appellate courts.

“An ATF letter opinion is worthless,” he told the Washington Times. “It is not law, and it can be changed at the whim of a bureaucrat.” 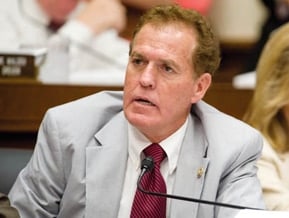 One of those lawmakers is Rep. Phil Gingrey (R-GA).  On four occasions he has tried to introduce the Fairness in Firearms Testing Act into the House, a bill that would require the ATF to make video recordings of its firearm tests.

“Requiring the ATF to make video recordings of the testing and examination of firearms and ammunition — and allowing manufacturers access to the video documentation — will make it easier for manufacturers to contest and review testing decisions, bring consistency to the testing process, and leveling the playing field for the ATF and gun manufacturers, many of whom have been driven out of business by inconsistent and unfair testing procedures,”
Gingrey told the Washington Times.

His latest version of the bill is now before a House Judiciary subcommittee and the House Ways and Means Committee (hopefully, this time, it gains some traction with other lawmakers).

“When the rules are subjective and continue to change, we cannot expect these business owners to comply with moving target regulations,” he added. “These inconsistent rulings from the bureau are confusing and result in a waste of time and resources.”