The 1930s was an era of crime and desperation in America. The Great Depression was taking its toll on farmers and families. Misguided legislation going by the name Prohibition was funneling profits to a growing network of black market profiteers. Banks were failing left and right, and the ones that were still open were falling prey to a crafty, brazen breed of criminal, the likes this country had never seen before.

Outrunning and outgunning local law enforcement, something had to be done about this flourishing crime spree: what was needed was a national law enforcement agency, with access to equal muscle and that was not constrained by state lines (at the time, criminals loved to take advantage of interstate jurisdiction, fleeing to the border after committing any crimes). The fledgling Bureau of Investigations was born.

As is the case with anything young, the new agency made a lot of mistakes in the beginning and one biggest (and most repeated) were the series of failed attempts the FBI made to capture or kill public enemy number one, John Dillinger. Up until then the worst was when Dillinger’s girlfriend Billie Frechette got nabbed in Chicago. Dillinger was only a block away and wanted to go in guns blazing to rescue Billie, but realized he would never survive. 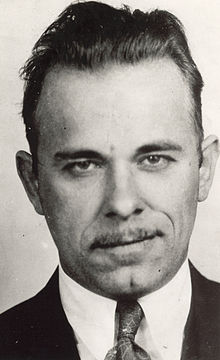 In April of 1934, Dillinger and his gang were on the run from the law once again after a couple of close calls in Chicago and points south. Looking to lie low, the gang consisting of Homer Van Meter, John Hamilton, Pat Cherrington, Tommy Carroll, and the wild card Lester Joseph Gillis, a.k.a. Baby Face Nelson decided to hole up up north at the Little Bohemia Lodge in Manitowish Waters, Wisconsin. At the time, the woods of Wisconsin were a virtual playground for on the lam gangsters looking to beat the heat in Chicago and there are numerous stories of lodges up in Wisconsin catering to the criminally inclined with mixed results.  Built and owned by Emil Wanatka, the hideout was arranged through noted syndicate attorney Louis Piquette for a handsome fee paid by Dillinger.

While the whole party enjoyed the stay, unbeknownst to them Wanatka’s wife mailed a letter to Melvin Purvis (who FBI director J. Edgar Hoover actually wanted out of the spotlight) and informed him and the authorities that the Dillinger gang was at the lodge. Purvis would end up organizing the raid on the lodge, which in time would come to be known as the Battle of Little Bohemia.

For their own part, the Dillinger gang was not entirely relaxed in their safe house and remained fairly vigilant for the event law enforcement did find them.  Realizing the main road into the lodge could be easily blocked off, they all agreed before the raid (with the exception of Nelson) that the best escape would be to follow along the shore of the lake. 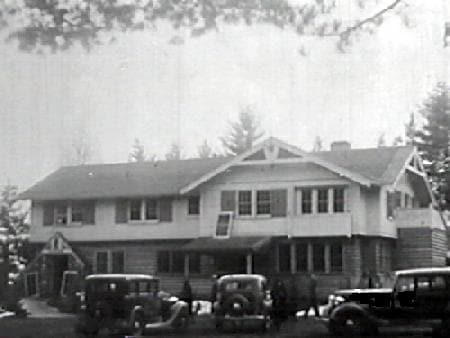 In the early morning hours of April 23, 1934 Melvin Purvis, Hugh Clegg and a handful of other FBI agents arrived and surrounded the lodge. Wanatka’s dogs began barking but the outlaws were used to hearing them and paid them no mind. Meanwhile Purvis used two cars to block the entrance of the lodge—fulfilling the gang’s worst fears, but luckily for them a tad prematurely.

Before Purvis or the Dillinger gang made a move, two Civilian Conservation Corporation workers and a salesman who had stopped at the lodge for dinner got into their car and proceeded to drive out to the entrance, which was blocked by agents. An order to halt was given but the driver never heard it or misunderstood the scenario.  Believing the car was occupied by Dillinger gang members, Purvis’ men opened up on it with a machine gun. Purvis later claimed that the agents were aiming for the tires but the slugs found their way through the center of the car, wounding one man and killing another.

Dillinger was playing cards when the sound of the gunfire immediately sent he and his gang members into flight mode. Homer Van Meter and Dillinger quickly grabbed money and guns and headed for the shore of the lake. The flustered agents, realizing they had not attacked Dillinger’s convoy and suspecting their swift retreat, hastily directed their fire on the lodge and literally shooting out every window in a vain attempt to kill Dillinger.

Wanatka and three women, followed by two other unrelated male guests, ran to the basement for cover as the agents continued to shoot holes in their lodge. 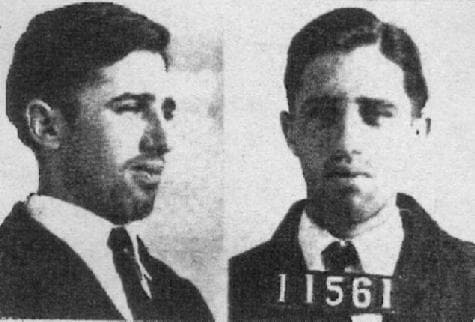 Gang members Pat Reilly and Pat Cherrington (who were not in the lodge at all) returned to the motel after running errands in town.  Seeing the melee, they quickly turned their car around but not before FBI agents were able to fire a few rounds at them, blowing out a tire. The two just managed to get away and headed to St. Paul.

Meanwhile, following their predetermined plan, Dillinger, Van Meter and Hamilton ran through the dark along the shoreline, then into the woods and eventually separated. Dillinger found a Packard that he hotwired and drove off to safety. Baby Face Nelson on the other hand, who didn’t like the idea of discretely slipping out the back, was not about to go as quietly.

Living up to his reputation of being willing to shoot it out with agents anywhere at anytime, Nelson returned fire on Purvis.  He was forced to retreat into the cabin when his fire was returned in spades and he realized he was clearly overpowered. Nelson ran out of the back of the lodge and headed in the opposite direction of Dillinger. He kidnapped a couple and ordered them to drive him away but their car had been taken too close to Purvis for his liking so he had them pull up to a house. The owner called the police upon seeing this suspicious car pull into his driveway before Nelson took him hostage as well.

While Nelson and his party of hostages were driving away from the second house, he spotted Emil Wanatka, the lodge owner, and three other men.  Nelson promptly took them hostage, but as the whole party was getting ready to depart another car arrived, this time with agents W. Carter Baum and J.C. Newman along with a local constable. 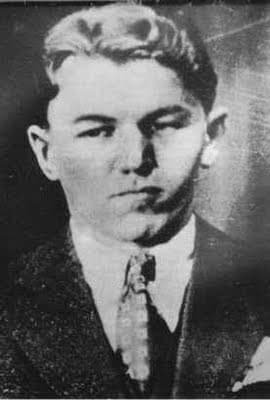 Nelson, who saw the car approach, was able to get the drop when they pulled over to investigate and he ordered the agents out of their car. As they exited, a paranoid Nelson thought one of them grabbed for a pistol and he opened up on the trio with his Colt 1911 in .38 Super, specially modified to fire fully automatic.

Baum was killed instantly and the other two lawmen were severely wounded.  None of them had gotten off a single shot.

The raid on Little Bohemia was seen as a complete failure in the eyes of the public with one agent dead along with an innocent civilian and four others wounded. There were calls for Melvin Purvis’ immediate suspension and J. Edgar Hoover’s resignation. The FBI had a lot to prove and they would do just that later that very summer.

Purvis got his redemption on July 22, 1934 outside Chicago’s Biograph Theater. John Dillinger had just left when he was shot through the back of the neck and killed (by whom is still a source of great debate) after seeing Manhattan Melodrama. Right hand man and less eulogized, Homer Van Meter followed in a similar manner on August 23, 1934, confronted by four police officers in St. Paul. Like Dillinger or Bonnie Parker and Clyde Barrow, officers took no changes with Van Meter, who was shot dozens of times, blowing several of his fingers off.  Nelson would meet his end a few months later under a hail of gunfire called the Battle of Barrington, but that’s a gunfight all it’s own.