So this guy in North Carolina got busted on a whole bunch of counts, right? Speeding and reckless driving, drunk driving, resisting arrest… He spent time in the hospital for suspected heart problems, and he had a hard time walking… and a week later, they found a gun in his jail cell. Three guesses as to how he brought in a gun, and the first two don’t count. Well, maybe number two.

Yeah, the suspect, Michael Leon Ward, well, they’re pretty sure he keistered it. According to sources close to Ward, he was considered by his friends to be quite a crack shot.

The revolver in question is what’s really impressive. We’re not talking about a Charter Arms Dixie or anything. This was a .38 service pistol. It’s stamped Made in Spain, so it’s likely an old Star, Llama, or Astra. Probably an Astra, when you think about it. Yup, the gun in question, from blade to butt, is ten inches long. 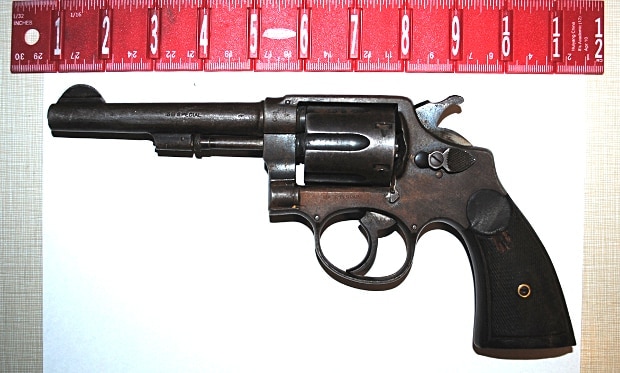 Ward was pulled over for going 90, and he didn’t appear to be cooperative. He said he was disabled, immobile. He resisted arrest, and was tased. He’s going back to the hospital again, this time, not for his heart, but “possible trauma” to his, you know, gun safe. And probably for some X-rays this time around; if there was one revolver… 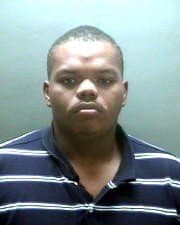 The gun was unloaded, but the jailers did test fire it, and it was still functional. Is that something you draw straws for? Also, what are the logistics involved?

There are some tactical issues to be taken into consideration, here, when smuggling revolvers in this particular way. You certainly have to worry about barrel obstruction; kabooms are bad enough when they’re caused squibs. Dehorned features are a must. Say no to adjustable blade sights, that’s for sure.

And what about Colts? We’re told they have special requirements.

Because Anacondas don’t want none unless you got buns, son.