Gun Homicides in Europe, An Overview

The BBC News recently published an article entitled “Gun Attacks in Europe.”  In the article, the authors briefly discussed gun homicides for a selected group of European countries along with each country’s stance with respect to gun control.

For example, after highlighting the murderous rampage of Anders Behring Breivik, the article goes on to state that Norway is moving in the direction of tougher gun laws:

In the aftermath of the attacks Norway’s police chief, Oeystein Maeland, said that he wanted a tightening of the laws on semi-automatic weapon ownership. 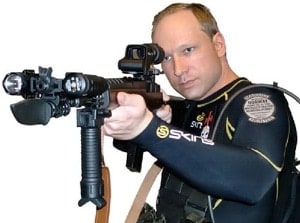 A committee established by the Norwegian Justice Department to investigate the country’s gun controls has recommended a new law with greater emphasis on safety and preventative measures. Suggestions include regular monitoring of licensed gun owners and checking with household members of applicants that they are aware of the application.

The article does a similar treatment for the following countries: Netherlands, United Kingdom, Germany, Finland, and Switzerland.

It can be said that with the exception of Switzerland, all of the aforementioned countries are aiming to pass stricter gun laws.

But before those countries go ahead with their plans, they may want to reexamine the facts.  Facts that are plainly obvious when one looks at the graphs depicted in the BBC Article.

See, the graphs that are included are more of an argument against gun control, than they are evidence for gun control. Whether or not the authors of the article understood this when the included them is up for debate.

The first graph is: Gun Homicides in Europe 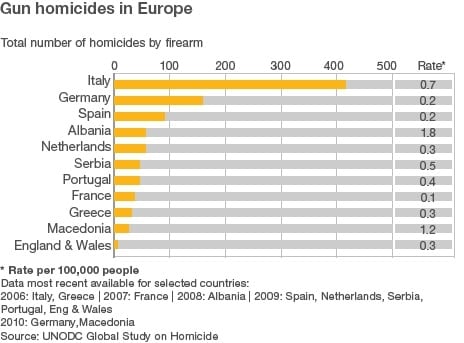 And the second graph is: Who Has the Most Guns 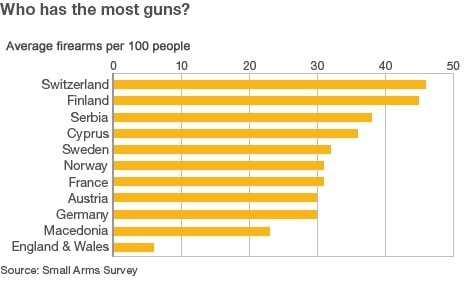 Okay, right away one will notice the lack of symmetry between the two graphs.  Not all the countries listed on the one graph are listed on the other.  Why is that?

Good question.  And I don’t have an answer.

But what I can do is supply information that has been omitted to help paint a clearer picture.

But before I do that, let me point out the central claim that a pro-gun control advocate would potentially make by juxtaposing the two graphs.

“Countries with more guns are more dangerous. They have a higher gun-related homicide rate and a higher total intentional homicide rate.”

One can easily refute that argument by looking at a country like Switzerland.

Switzerland has approximately 45.7 guns per 100 people (that’s the fourth highest in the world).

Now, what is Switzerland’s gun-related homicide rate?  Curiously, that information is omitted from the BBC graph.

I did some research.  And while I couldn’t find a current figure for Switzerland’s gun related homicide rate, I did find that the country’s overall intentional homicide rate is .66 per 100,000 people. 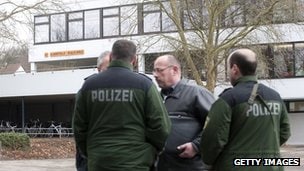 So, let me adjust the comparison and compare apples to apples.

Switzerland’s total intentional homicide rate is, as mentioned, .66 per 100,000 people.

It would appear that when compared to other European nations, they have relatively lax gun regulations.  The BBC article stated:

Switzerland has a high rate of gun ownership as Swiss men keep their army gun at home after they finish compulsory military service. No-one knows the exact number of guns as there is no national register but it is estimated that there are two to three million firearms in the country, which has a population of seven million. 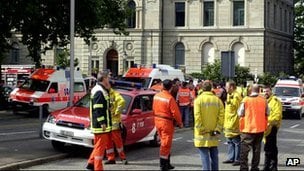 Voters rejected proposed tighter controls on gun ownership in a referendum in April 2011.

So, what’s the point of all this analysis?

First, as has been pointed out in the past, more guns does not equate to more crime.  Switzerland is a prime example of this fact.

Second, the gun-related homicide rate in a country has less to do with the prevalence of guns than many gun-control advocates would like to believe.  And connections and/or correlations that are drawn along these lines are often limited in scope and lacking context.