We touched an RFB at SHOT, it was good to see that they’re not unicorns or pots of gold at ends of rainbows.  They are very modern, heavy bullpup rifles.  They shoot big 7.62mm bullets.  And this one was special, it had a nice, long barrel.

The Rifle, Forward-ejecting Bullpup is an innovative rifle that’s both rare and exciting. 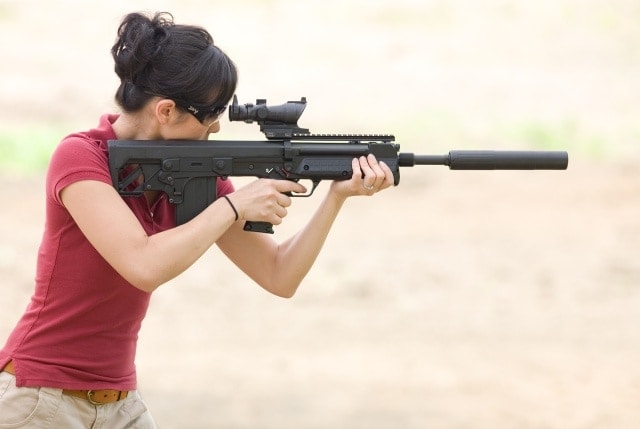 “The Kel-Tec RFB was designed from the ground up to be a truly unique rifle. Two aspects are tried-and-true. It uses a short-stroke self-regulating gas piston system. It also uses metric FAL magazines and comes with one 20-rounder. But the rest is uniquely RFB. It uses a double-claw extractor that ejects the case as the bolt closes; the fresh cartridge pushes the spent case out and over the barrel, into an ejection chute and out the front. No flying brass.”

And people like it, especially lefties, as it’s reversible and ambidextrous; it doesn’t seem to have the kinks that have hamstrung other Kel-Tec firearms, nothing like their KSG, which we found to be more than just finicky. 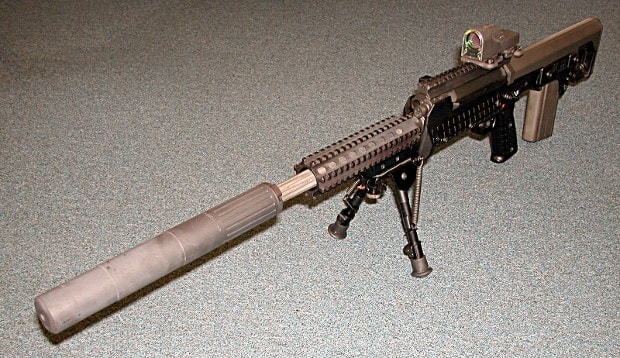 The only real complaint about the RFB is availability.  They’re just not out there, and when they are, it’s always the short bullpup, the eighteen-inch-barreled Carbine.  They also make a 32-inch Target model, which are even more elusive, although they’re not in as much demand, anyway.

Their Sporter model, with a 24-inch barrel, should make a lot of people happy.  .308 Winchester and 7.62 NATO shoot well enough from carbine-length barrels, but the flash and bang out of a short barrel is significant.  That said, the 32-inch Target RFB isn’t what anyone would call weildy; it’s long and heavy at 40 inches and 11.3 pounds dry.

The Sporter RFB only weighs a little more than the Carbine, 8.7 pounds, and has an overall length of just 32 inches.  It, like the other RFBs, uses standard metric FAL magazines, but doesn’t come with iron sights.  It does have a Picatinny-railed receiver, so it will freely accept optics.

The Sporter has the same MSRP as the other RFBs, or $1880; depending on availability, we expect the real-world price to be between $1300-1500.  Assuming, of course, that Kel Tec makes enough for you to find one…