Like many I suspect, I am always looking for ways to pinch a penny and when it comes to my gun life, this thriftiness oftentimes entices me to the back of the gun shop where the old military guns typically lie neglected. It seems to me that too few people know how easily some of these milsurp guns can be modified to make class A hunting rifles, usually for much cheaper than buying a new gun and always twice as rugged.

But with old guns, come old calibers, which can present a problem when you go to find ammo to fill up your strip clip so here are five surplus calibers that you’ll be able to find without too much of a search. Though these vintage cartridges may have fallen by the wayside, in the field you’ll find they’re are far from obsolete:

The very first rifle I ever owned was a military surplus .303 British Enfield and I’m sure that goes for a lot of folks out there too: this old warhorse has to be one of the most popular vintage guns out there, especially to get the sporterization treatment. First introduced in 1888 as a blackpowder round and then later with smokeless powder, it served through both World Wars before hitting the surplus market running from the 1950s to 2012. 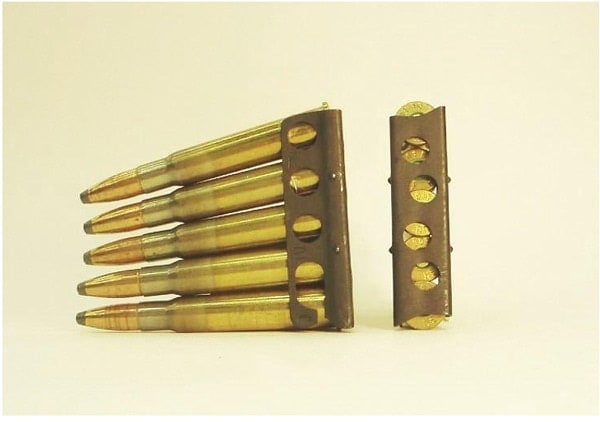 Wildly popular in Australia and Canada as a big game round, it found its way to America only to step behind the .30-06 and .30-30 in popularity. In the early days of the rounds history, the .303 found fame in Africa on large game like Kudu and its performance on deer and black bear has been second to none.

While commercial ammunition is a bit on the expensive side it can be found at some retail establishments and is available on the internet.  If you are into handloading, it is a pretty straightforward proposition.

Another great surplus caliber that made easy strides into the commercial field was the old 7x57mm Mauser. First created in 1892, the Spanish government adopted the round in 1893.  America’s first exposure to the round was during the Spanish-American War when US troops found out that their Krag rifles, though finely built, were vastly inferior to the firepower employed the Spanish and their Mauser rifles.

The 7mm Mauser became very popular with hunters because it was notoriously flat shooting and for its size, showed a lot of power. W.D.M. Bell shot and killed over one thousand elephants using the 7x57mm while other hunters in his party were using much bigger rounds. And in terms of availability, nearly every manufacturer has at one time of another chambered a rifle in the caliber and thankfully many still do. There are still many Mauser rifles out there and even the occasional Remington Rolling block chambered for the 7x57mm.

As mentioned above, the US side of the Spanish American War carried Krag Jorgensen rifles in .30-40 Krag and as also mentioned above, these guns were built like Swiss clocks. Those who have never had the pleasure of working the butter smooth action of one of these rifles, can’t say they’ve really lived yet. 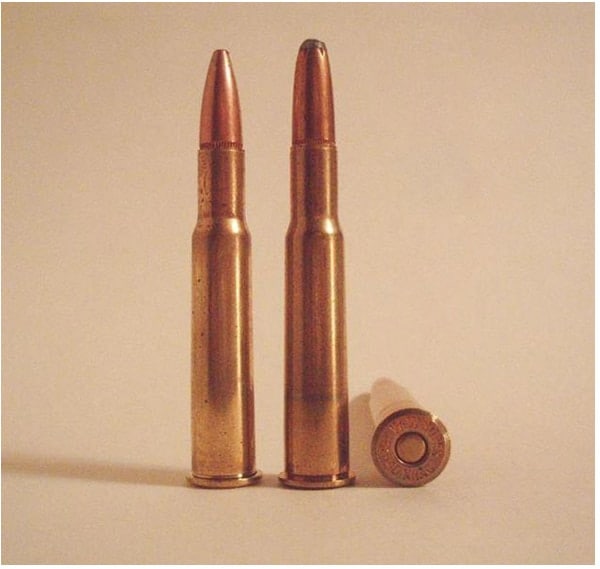 While not a stunning military gun, Krags made top of the line hunting rifles meaning you’ll find that many have already been sporterized.  Regardless, you can still find them for pretty reasonable prices. The cartridge had much longer staying power and proved itself to be the bane of whitetail deer and other North American land mammals.  A .30-40 Krag was used to take a world record elk in 1899 that stood for fifty years.

Next in line from the 7x57mm, the 8mm Mauser or as it is known in military parlance, the 7.92x57mm, is so wildly available, it almost seems inappropriate to call it vintage. 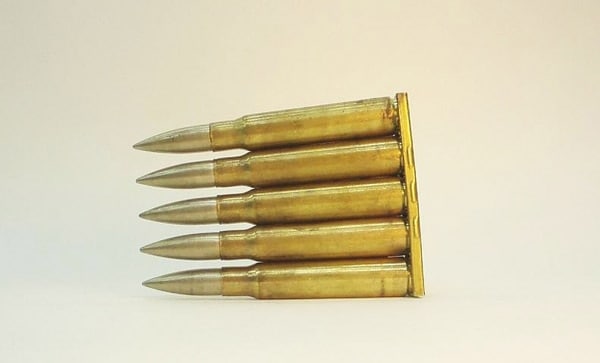 I am referring to the more common version made after 1905, which has a slightly larger diameter, not the older round initially designed for the German 1888 Commission Mauser. After World War I and World War II untold thousands of Mauser 98 rifles and actions made their way to America and since then there had been an ever increasing number of these guns getting converted into sport rifles or dismembered for custom guns.

In fact, you’d be hard pressed to go to any gun shop in this country and not find a Mauser 98 rifle of some sort still in its original chambering. These guns are tough as nails and even those examples in the best shape cost under five big bills. Ammunition is readily available and 8mm Mauser has more power downrange than a .30-06. Surplus ammo can be hand for very little since so many countries issued their troops the Mauser 98.

Perhaps the cheapest milsurp gun and ammo has to be the venerable Russian Moisin Nagant in 7.62 x 54mm. I know several people who own one and they all love the fact that the gun cost them under two hundred dollars and that surplus ammunition is easily the cheapest of any vintage military cartridges out there and likely the most widely available. The gigantic looking sardine cans of Russian military ammunition hold more than four hundred rounds and the Ruskies made a lot of these

Personally I would prefer something different for hunting, you could sporterize a Nagant but I would also suggest that the short M44 carbines, also chambered in 7.62 x 54mm, are out there and they are perfect just the way they are for hunting. If you’re looking for cheap, stick with the Nagant rifle.

Milsurp rifles present a cheap and easy way for shooters to get in sport shooting and experience a piece of history at the same time.  What’s you favorite vintage military surplus cartridge?